The United States, along with Cote d’Ivoire, France, Kuwait, the Netherlands, Peru, Poland, Sweden, and the United Kingdom, has called for an emergency meeting of the UN Security Council in light of the latest allegations of a chemical weapons attack in Douma, Syria. The emergency meeting will be held on Monday.

“Yet again, there are reports of what appears to be a chemical weapons attack in Syria. Unfortunately, chemical weapons use to injure and kill innocent Syrian civilians has become all too common. The Security Council has to come together and demand immediate access for first responders, support an independent investigation into what happened, and hold accountable those responsible for this atrocious act,” said Ambassador Haley.

The United States supports a new independent, impartial mechanism to make attributions for chemical weapons use in Syria and calls for access for first responders to provide medical help and verification‎ without delay.]

Part 3 of my four part series of the summarization, with permission, of @clarityofsignal’s compilation of data concerning the White Helmets. This segment begins at 31:02. All photo images are excerpts from the video.

“In December 2016, the entire western media ran an across the board coordinated propaganda campaign with the last messages from Aleppo, featuring numerous individuals associated with the terrorist groups and portraying themselves as victims who were about to wiped off of the face of the earth by Big Bad Russia and Barrel Bombs Assad. In actuality, none of them died and instead, the Russian and Syrian Armed Forces simply placed them onto buses and evacuated the remaining jihadist rebels to the Syrian city of Idlib where other jihadist groups are also located. After the liberation of Aleppo, the U.S., UK, and western media dropped all coverage of the so-called city with hundreds of thousands under siege by Barrel Bombs Assad and Big Bad Russia.” 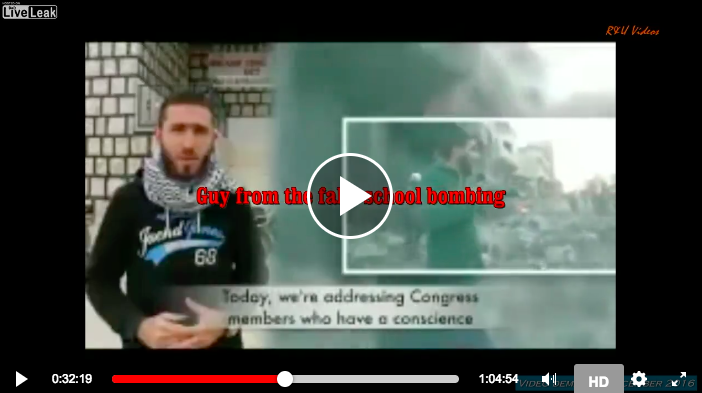 Below, a jihadist shows off his partner's "explosive belt". "This is what a lot of the fighters are wearing because they don't feel they can trust the regime to maintain its word that they will have a safe passage to leave. And if they are stopped, they are prepared for a fight." 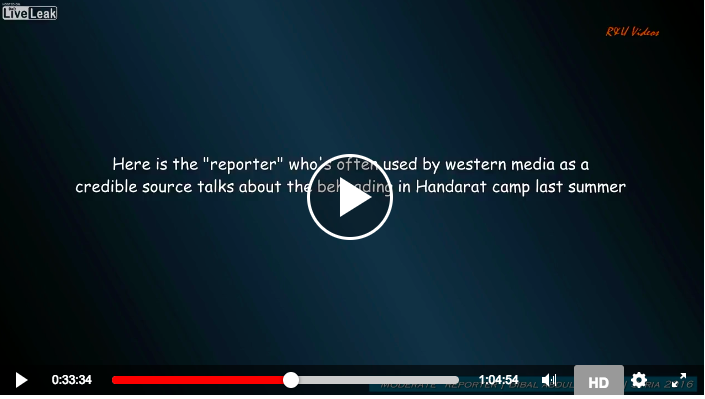 When the journalist was asked whether their group carried out the beheading of the twelve year old boy, he replied, "First allow me to correct your terminology. First of all he is not a boy. He is not Palestinian either. He is a fighter from a militia who fights alongside the regime."

The US provides support to groups who go on the record to justify their use of suicide belts and beheadings. 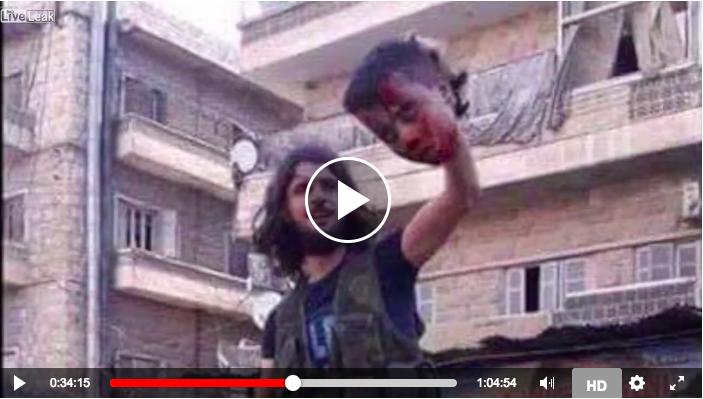 And Netflix honors them with documentaries: 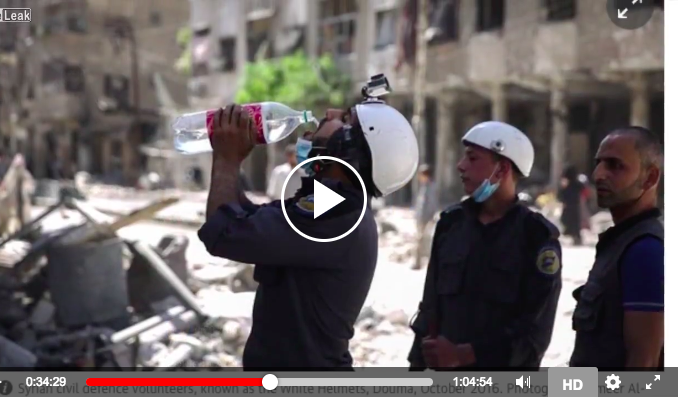 A journalist states that the way the videos are coming out of Aleppo, "it almost looks like a coordinated campaign." Her words are followed by a series of rebels giving self-proclamations of, "This might be my last video." The journalist continues, "It's almost as if they were hoping these final messages would trend and get picked up by mainstream media." This is followed by more "individual" rebels repeating the same narrative as their original pleas for help. The journalist states, "It's almost like these are just innocent civilians with no message, no strategy, no politics, just people simply fighting for their lives. One day saying goodbye to the world on social media; the next day giving interviews to BBC and BBL, Al Jazeera, all in prime time." The journalist continues, "Well, they're not. These are activists. Some of them just recently joined Twitter. And clearly support the 'revolution'. They have thousands of followers. Some call themselves journalists and are verified on Facebook, like Bilal Abdul Kareem, an American who has no problem pushing Al Nusra propaganda." 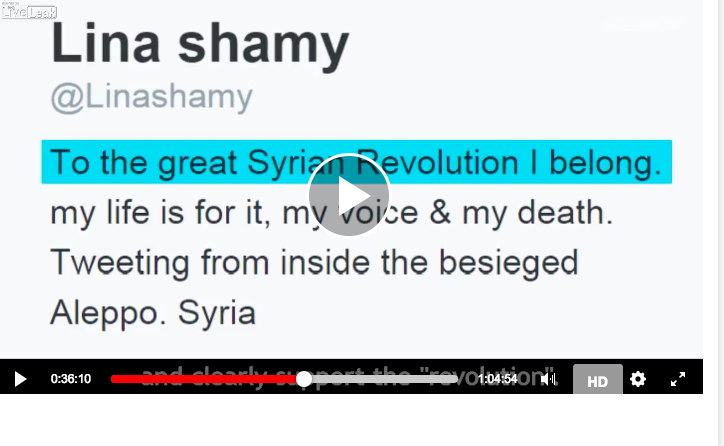 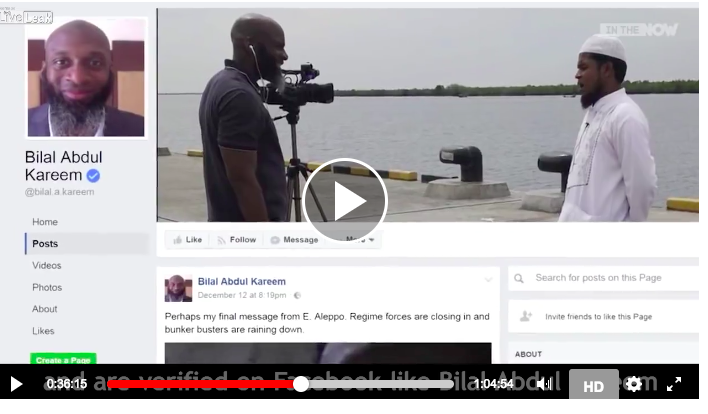 Journalist Kareem then interviews Al Bagdhadi about his own statement, a proclamation. "Previously, the US media had stated across the board that over half a million people were being bombed by Russia and Syrian Armed Forces in Aleppo. They never cited the fact that over three quarters of the Aleppo city population were safely living in government controlled areas."

syria truthinmedia chemicalweapons whitehelmets politics
3년 전 by angelfish44
$0.04
1 vote
댓글 남기기 0
Authors get paid when people like you upvote their post.If you enjoyed what you read here, create your account today and start earning FREE STEEM!
STEEMKR.COM IS SPONSORED BY