WE WERE CRYPTO BLOG GODS Back in February 2018 when I originally wrote this post about millenials defacing themselves with crap tattoos, it was the middle of summer in New Zealand, it was hot and sunny, I'd just spent the whole of 2017 making piles of money on cryptos, Steemit was totally pumping, and I felt like some sort of crypto blog god. I did have a sense that all was not as it seemed, but I had no idea how hard the illusion was about to crash.

The realisations that cryptos are just another zionist scam, or that Steemit was always set up as ponzi scheme right from the outset, (and also as an AI in social media development site) were at least six months away for me...

In August 2019, still enduring a long, cold, wet winter, and occasionally revisiting the train wreck that is now Steemit, (what new sorry arsed scam are they up to?) or having my quick daily peak at the obviously manipulated crypto markets, and confirming they are still going nowhere, I miss those good times in 2017.

Like some millenial numpty with a bunch of crap tatts, I wish I could go back to clean skin again. But disillusionment is even harder to remove than tatts.

WHAT IS THE REAL AGENDA BEHIND TATTOOING?

While staring at a half naked photo of Justine Blubber I started wondering what the real reason is that young people have all taken to defacing themselves with the most appallingly crap tatts in the history of humanity.

Back in the old days sailors and prisoners used to get tattoos and everyone else used to take one look at them and make a mental note to avoid giving them a job. 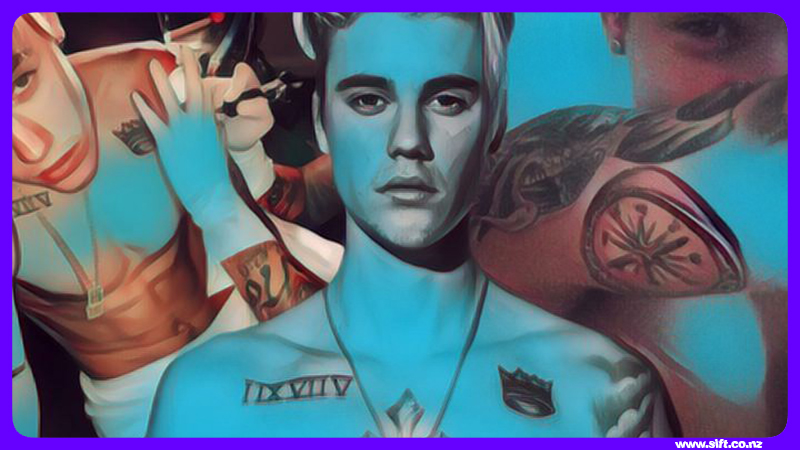 The number of people getting tattoos has gone up greatly in the past 20 years, especially among those people under the age of 30. The other side to all this is that the tattoo removal industry is now bigger than the tattoo industry. Around 40 million Americans are tattooed, and around 7 million of them are already seeking tattoo removal.

As you might expect the number keeps going up as people accidentally catch sight of themselves in a mirror or a photo and start thinking things like “Why have I got a bunch of utterly meaningless words tattooed all over me”. People really hate thinking for themselves, so to avoid this horrible experience they copy other people, and for some reason they think the things that they copy are just random fashions, but they never are. Fashions, just like smoking, feminism, low-fat diets, and pretending there are more than 2 sexes, are all designed to further social and money making agendas.

Tattoos serve several purposes; first and foremost they program people to later accept the idea of micro-chip implants which is one of the new world order plans. They also give people the illusion that they are expressing themselves, when in fact they are just willingly falling in line to do their part in submitting to another globalist agenda. Rather than forcing people to submit, it works much better to have them happily paying to submit. 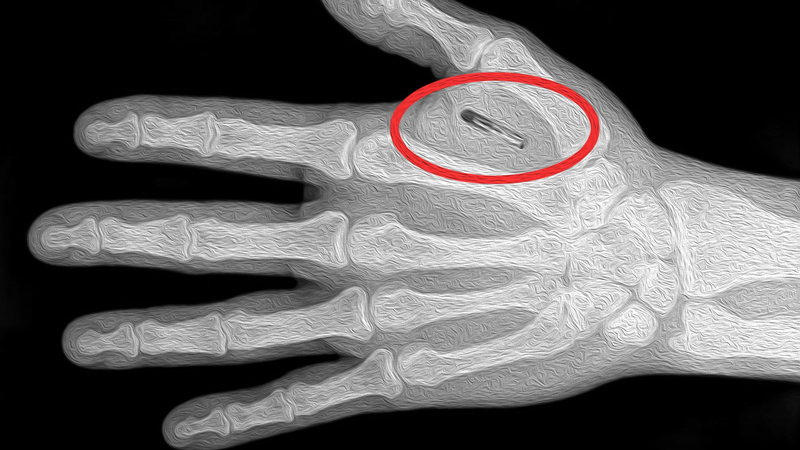 Like all social engineering there are secondary financial benefits, and making people sick is nearly always one of them, because sick people are a profitable industry. As with fluoride and chlorine in the water supply, aluminum and mercury in vaccines, and GMO's and Canola oil in the food supply, tattoo ink includes hormone disrupters and carcinogenic ingredients, so they tick that box too. That is the best reason I can come up with why the quality of tattoos has gone backward for the past twenty years. Lets face it though, they were always a bunch of crap artistically (would you ever want a tattoo as desktop wallpaper?), but at least in the 90’s some effort was made to do a decent job - I used to work a few doors along from Roger’s Tatooart, one of New Zealand’s top tattoo shops, so I saw skilled tattoo’s everyday, and they were a hell of a lot better than the slop most people are getting today. 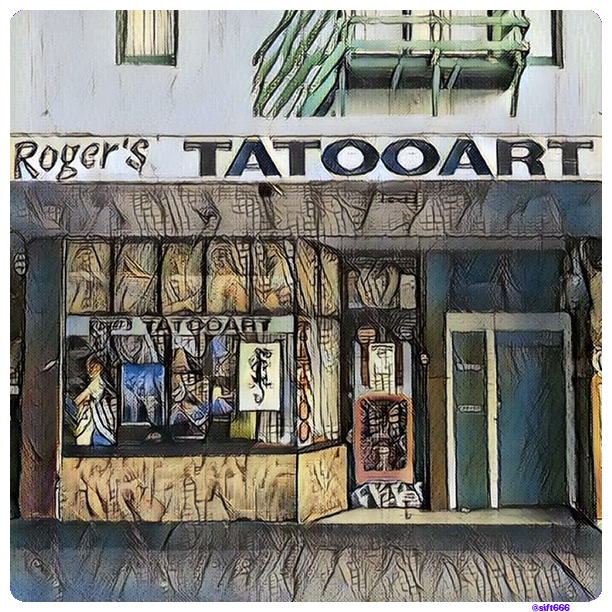 Yesterday I was buying some food at our local organic shop - it’s the middle of Summer here and everyone is wearing as little as possible, when next thing I knew I nearly dropped my cans of coconut water from the shock of seeing a bloody awful tattoo of a skull on the shoulder of a woman. From that point on I realised that every person in the shop had at least one tattoo (no, most tattoo ink is neither organic nor vegan) but I kept seeing feminists with bad haircuts all inked up with tattoos that even prisoners would once have considered a bit rough. The guy who sits on the footpath outside everyday asking for small change actually has far better tatts than many of the feminists in the organic shop. 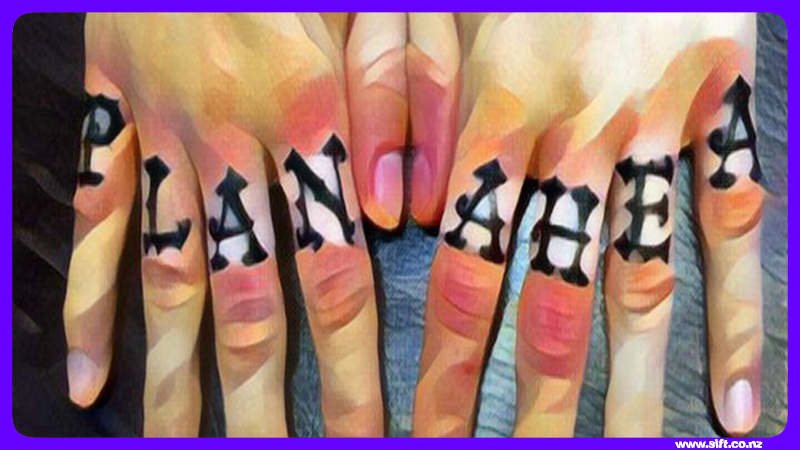 In the UK there has been a more than 400 percent increase in tattoo removal in the past 10 years, often inspired by celebrities who ironically inspired the tattoo trend in the first place.

An employer survey cited over 70 percent of business owners registered an unfavourable view of job applicants with tattoos.

A laser tattoo removal typically costs around 10 times the amount of getting one. This will possibly be the last post I share on Steemit – the first two years of Steemit were pretty cool, but the last year has mostly been a bit like watching an endless train wreck.

Steempress worked well and allowed me to share my WordPress blog posts on Steemit, BUT the side effect of that was being repeatedly pulled back onto a platform I suspect is doing me no good at all these days – it’s a bit like eating dinner off the floor of a public toilet. And I really need to make a clean break before hardfork 21 bangs the final nails in.

So as of this week I’ve stopped sharing my blog posts to Steemit, and I probably won’t be checking it much anymore.

We had some good times, and to all my Steemit friends who I’m in contact with by email, let’s keep sending each other weird shit.

The comments section was too big to share on Steemit, but to see all the original comments go to my blog post:

teamnz steempress palnet frot
작년 via
steempress
by frot68
$6.29
32 votes
댓글 남기기 16
Authors get paid when people like you upvote their post.If you enjoyed what you read here, create your account today and start earning FREE STEEM!
STEEMKR.COM IS SPONSORED BY

Never understood the whole tat craze. I have several nephews who are sleeved, and don't get me started on the women who ruin their looks with them.

To be fair though, I don't get a lot of the things everyone seems to think is cool. About those tattoos, as a former women's health nurse practitioner I have seen MANY and believe me when those women age those tattoos lose all their beauty. I remember one specific story when one of the surgeons came back into the office laughing hysterically because his last surgical case was a lady in her 70's with a large arrow pointing up her inner thigh towards her "lady parts" with the inscription "SLIPPERY WHEN WET", she probably thought it was cool in her younger years never thinking that she may end up on an operating table naked in front of a room full of strangers.

Maybe Steemit was developed as a distraction and also a way to identify those who think for themselves and don't follow the agenda that is being rolled out.

Take care and be well, and I look forward to checking my email inbox. I don't have any Tatt's and never got the appeal others seem to have for them. Lol what a fool🙄 How many last posts does one person make?

Previously I was saying I would stop posting onto Steemit but I would continue to share posts from my blog - and that was what I did - but now I'm saying I will turn off Steempress - and I have! Now don't be such a rude prick, and clean your shed! I'd just spent the whole of 2017 making piles of money on cryptos, Steemit was totally pumping, and I felt like some sort of crypto blog god. I did have a sense that all was not as it seemed, but I had no idea how hard the illusion was about to crash. Back in the old days sailors and prisoners used to get tattoos and everyone else used to take one look at them and make a mental note to avoid giving them a job.

It must have seemed like a good idea at the time. Here is the only tattoo worth getting! Hahhaha, Great post! I'm certainly a new age rebel by not having any tattoos at this point!