Is LOVE more powerful than EVIL?

You already know that we live in New Zealand, where we had a vivid demonstration of evil in action just three days ago in Christchurch. You might not know that we live right across the road from the mosque in Wellington (the capital city). We may never know the whole truth about what happened last Friday. You will all have heard the official story, though it seems that is not the truth, the whole truth and nothing but the truth. Maybe the person supposedly responsible really was, or maybe he was a patsy for other agencies. Maybe it was a false flag and nobody died. Those who have scrutinised the video say that, at the very least, that is a fake. Or maybe only the video is a fake and there really were deaths and injuries.

I don't know and I don't need to know. Whatever the specifics were, whatever the reasons for it, it's clear the intent was an evil one.

But the response has blown me away, and THAT is what this post is about. I was away all weekend so didn't witness the mayhem in our street - the road closed off, police with pistols or assault rifles and dogs, the continual stream of people bringing flowers, songs, and messages of love and support. I did get a few glimpses of social media over the weekend, full of outrage, grief and horror, and messages of support for those affected. NZ has raised in excess of $5 million for the families of those affected. Then, when I came home to Wellington last night, as we came through the city, we saw the thousands of people who had been to a vigil at the Basin Reserve.

But it really struck me when I went out to teach my arthritis class this morning. The road and footpath are covered with chalked messages of love and support. The steps leading up to the mosque were covered with flowers. As I walked to my class, I passed an old man carrying a bunch of flowers, and a woman with a child carrying some gerberas.

Within the gates of their grounds were chairs, with people sitting silently, just there to show their support and solidarity. (This next photo was taken later in the day, and only a few of the chairs were taken, but there were times during the day when the compound was crowded with people.) But the most striking thing was the palpable feeling of grief and love in front of the building. It was as much as I could do to keep walking, get to my class and do what I had to do, and not collapse in a sobbing heap. Even though it's now three days later, they kept coming all day. Late in the afternoon, I heard singing, and went out to look. A group of Pacific Island teenage boys had stopped by on their way home from school, to sing from the heart.

When we went out this evening to walk, there were many collages from school classes. I have to believe that love is stronger than hate; that connection is stronger than evil; that grief shared is more healing; that every act of terrorism is met with an greater desire for peace.

I need to trust that in the end, the hearts of mankind have a greater capacity for love and connection than for hate and evil. That one day, love will prevail. To you, my brothers and sisters of Steemit, to my fellow kiwis of all ethnicities and creeds, to everyone who has suffered anywhere in the world - I am you and you are me.

We are one. Love, Aroha, Namaste, Peace. xx

Photos taken outside our home, by myself and @frot

teamnz christchurch love peace connection
작년 by kiwideb67
$3.74
53 votes
댓글 남기기 28
Authors get paid when people like you upvote their post.If you enjoyed what you read here, create your account today and start earning FREE STEEM!
STEEMKR.COM IS SPONSORED BY

This angle got me thinking in a new way - a more positive angle - if it has resulted in creating solidarity - rather than divide and conquer which is always the aim - then it backfired spectacularly. There is thousands more Love in the World than there is hate. We couldn't have civilization without love being predominate. A small amount of hate in one man can cause a lot of grief for all of us. Hate begets hate, love begets love.

And hopefully the love is growing faster than the hate.

Wow Deb you were so close to the terrible tragedy. It was all over the news here with outpourings of disbelief and sympathy. Thanks for sharing your feelings. It brings the reality of what happened home.
If love is 777 and hate is 666 then love ❤️ is stronger and will prevail. 💕

I hope we're both right about that. We have to hold onto that belief.

The support that terrible situations bring is always very moving. In unfortunate events it is great to see the good in humanity.

Also, I haven’t heard anything about this being a false flag, or a fake shooting? What is the reasoning or evidence that some people have to point to that conclusion? I have read about them before regarding shootings in the US but I haven’t about this one, just wondering if you have any info. Hope you have a great day :)

This is what I got a couple of days ago when I went to look on some sites I use. I did not bother to investigate on my own, but you can easily find this.

Wow, I didn’t know any of this... thanks for informing me I’m going to have a look. Cheers

Nothing is being said here in NZ, but some overseas commentators have looked closely at the video (which I have no desire to do) and are convinced that it's fake. They are also seeing some of the same signs as previous false flags. That doesn't mean I agree with them, I really have no idea! I just wanted to acknowledge that there are different views of what happened. But I feel it's more important to focus on the reaction.

Love conquers all, including the devil!

No doubt, love is sure greater than hate!
Receiving this news was so disheartening for me especially coming from a peaceful and loving country like New Zealand.

My condolences goes to the families who lost their love ones, and may the soul of the faithfuls departed continue to Rest In Peace... Amin!

Hi Toni. Thanks for your loving thoughts.

Love conquers all. My first fear on hearing about this was that it would create more division and fear, but it doesn't look like it has. If anything it may strengthen resolves too unite, and that's the best thing that can come from it.

I wouldn't be surprised if they start talking about tightening gun laws, though.

Oh yes, within hours the prime minister promised changes to the gun laws. No surprises there...

What a powerful post. You covered it quite well without getting political. We never know the truth in many situations or the moving force behind them. Love is evident and that is what counts in the end.

I went out to my arthritis class this morning.

I enjoyed your post. resteeming... You are someone right there.

May all find peace after this terrible event.

Thanks Rebecca. Yes, I could feel how real love is, right there in the street.

Once a week, I teach an exercise class for people with arthritis, mobilising all the joints. It's also good for anyone who can't exercise standing up for whatever reason. 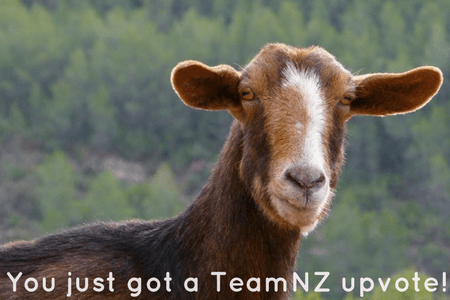 Why join discord room? Here are 10 reasons why.<
For any inquiries/issues about the bot please contact @cryptonik.

I have to believe that love is stronger than hate

I believe this too, and always will. I have no doubt this is the actions of the evil-doers above us and not some deluded chump. All the hiding of the video speaks volumes. Not to mention the "drills" taking place there at the same time by "coincidence."

So glad to see this post Deb and glad to know you are still with us. Many thanks once again for your support on my post. I am still here at 100% steeming with pleasure :)

Congratulations @kiwideb! You have completed the following achievement on the Steem blockchain and have been rewarded with new badge(s) : @kiwideb, sorry to see you have less Steem Power.
Your level lowered and you are now a Red Fish!

Wow, that was on your doorstep??? Great post and a truly amazing reaction by the 'common' folk !! Gives me some hope for the human race ... but only a teeny weeny bit.

Maybe a little bit of hope is enough...