BTC Done Corrections? I think so 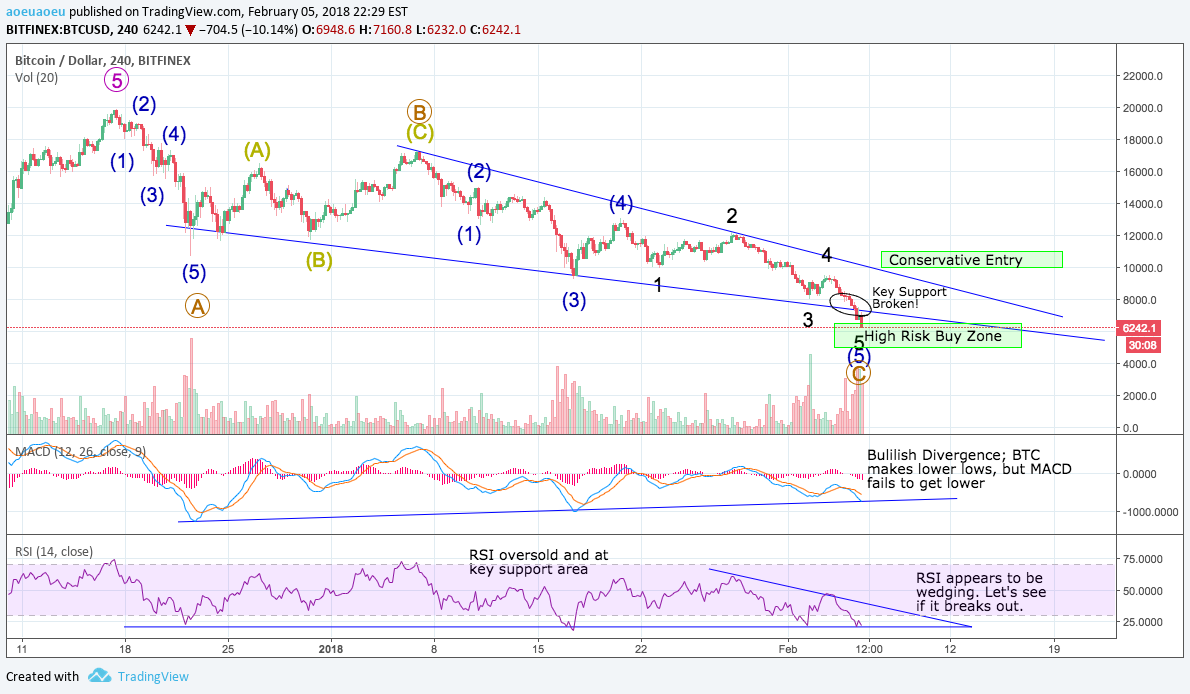 Bitcoin has been on a massive downtrend, and it feels like it never ends. However, there are some good signs that the bottom could be near. First, the RSI is sooooo oversold. Usually, when the price reaches this level, it just snaps right back. The RSI is also at a key support area that held multiple times in the past. Looking at the MACD, we see bullish divergence (aka convergence). The lows get lower, but the MACD fails to get lower. That means that the bears are actually losing momentum. The volume is also picking up, which means a lot of people (and money) are showing interest.

In addition, the ABC corrections seem to be complete. I count five waves (blue) in wave C and even five subwaves (light blue; see chart below) in the fifth subwave (black) of the extended fifth wave (blue). The fifth subwave (black) is almost exactly a 1 to 1 Extension of subwave 1 (black). That is very common fifth wave ratio and could signal the end. If I break it down even further, we see five sub-sub-sub-waves! The fifth wave is an expanding ending diagonal. What rare pattern to seal the end! 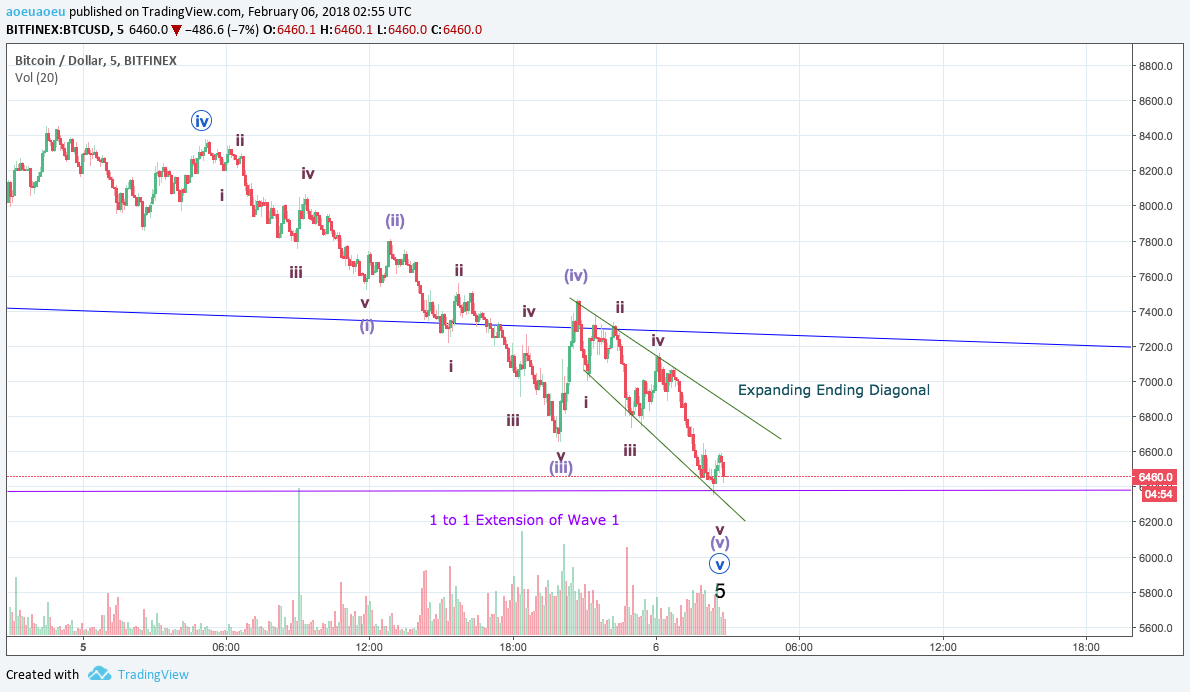 Sometimes we need to look at the big picture. We should not panic and look at the price every 5 mins if we're not day trading. We have not completed the fifth cycle wave, and I don't think we are even close to the very top. The question is am I right? The answer is probably not. What I'm doing here is called "catching a falling knife". No one can predict the exact bottom, and I could be far from correct. There are still bearish signs. For instance, Bitcoin just broke a key support level, which happens to be the bottom line of a falling wedge. That is an extremely bad sign. Usually, you want to buy on confirmation of a breakout. That would mean Bitcoin needs break 10k.

However, for the risky and daring traders like me, this presents an interesting setup where we try to buy to bottom and make massive profits (if we're right). According to my analysis, $6230 should be around the bottom (This is just an complete guess for giggles and the memes).

Disclaimer: This is just my opinion and not financial advice.

technicalanalysis bitcoin cryptocurrency elliottwave priceprediction
3년 전 by swagtoshi32
$0.00
4 votes
댓글 남기기 2
Authors get paid when people like you upvote their post.If you enjoyed what you read here, create your account today and start earning FREE STEEM!
STEEMKR.COM IS SPONSORED BY

I agree its finally oversold but I'm looking more in the $5k range before it gets some real support. - hopefully I'm wrong lol

Yes I agree with your analysis. Thanks for your thoughts.