Disney is Building Baymax - the Puffy Robot from Big Hero 6 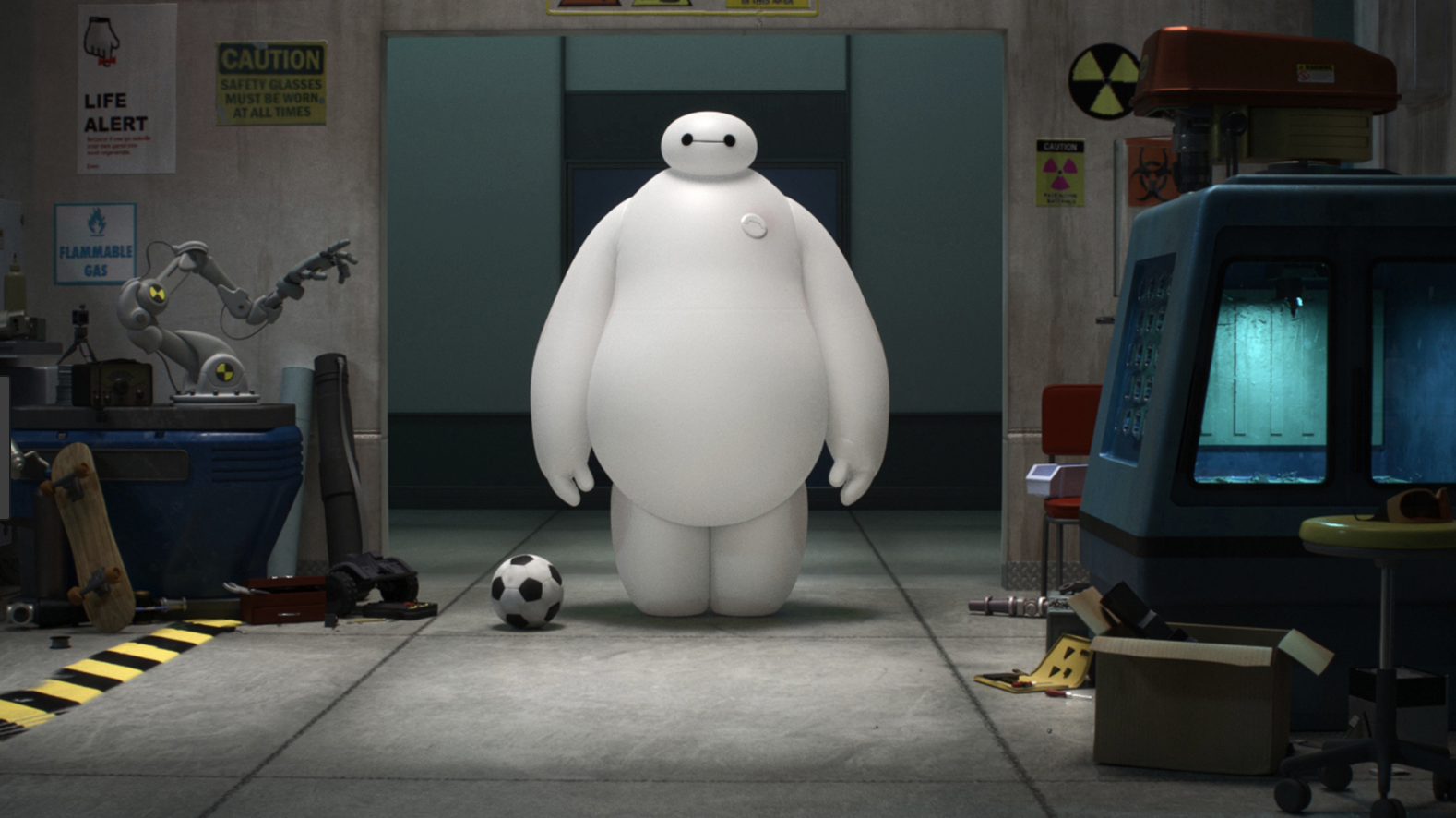 Disney's 2014 film, Big Hero 6, starred an adorable character named "Baymax". Baymax is a big inflatable robot that serves as a personal health care companion. His mission is to help people at all costs and throughout the movie he provides assistance in ways you can't imagine. Baymax has always been fictional but also an inspiration to the growing field of soft robotics. These are the robotic arms that Disney roboticist are creating to emulate the arms of Baymax. The arms are inflated with air, the fingers are quite sausage-like, and they have an internal projector that can show status or display information to people (the heart is being projected in the picture). All of these characteristics are strikingly identical to Baymax.

Here is a Disney engineer's explanation of why they want to build a soft robot like Baymax. “Where physical human-robot interaction is expected, robots should be compliant and reactive to avoid human injury and hardware damage,” the researchers write in the paper describing the system. “Our goal is the realization of a robot arm and hand system which can physically interact with humans and gently manipulate objects."

The amazing part about the Baymax prototype is that the air-bags that act as skin can sense force and pressure, meaning it knows when it's being touched. This allows for engaging physical interactions between Baymax and humans. For example, hugging! The robot will understand that it is being hugged, and hopefully reciprocate with a hug of its own.

A Disney engineer explains how the hands work and their thoughts on the future of creating a real-life Baymax.

"The fingers are also soft and filled with air; they’re created in a 3D printer that can lay down both rigid and flexible materials. Pressure sensors within each inflatable finger let the robot know whether, for example, one fingertip is pressing too hard or bearing all the weight, signaling it to adjust its grip."

"This is still very much a prototype; the sensors can’t detect the direction of a force yet, and the materials and construction aren’t airtight by design, meaning they have to be continuously pumped full. But it still shows what they want it to show: that a traditional “hard” robot can be retrofitted into a soft one with a bit of ingenuity. We’re still a long way from Baymax, but it’s more science than fiction now."

Made with ❤️ by techchat
technology robot robotics engineer disney
3년 전 by techchat61
$211.47
113 votes
댓글 남기기 28
Authors get paid when people like you upvote their post.If you enjoyed what you read here, create your account today and start earning FREE STEEM!
STEEMKR.COM IS SPONSORED BY

I've seen this movie, if baymax was created in the real world, surely this would be great, because robot baymax is a robot that always helps humans.

Yuup bro.
Wish our education can grow to be better than the the years ago.
Happy education day

Agreed! Baymax is a role model robot for sure

What kind of robot it is ! fabulous !

This is inspiring, i'm amazed

We are so happy we could bring value to you! Thank you for tuning into our blog!

The cute robot. I am haven't watching this film yet.
The future technology.

You must watch the film! It is a great movie

Yes..
ان شاء الله
Nice to chat with you. Thanks

Of course, you too.

big hero is my favorite film.
the ending is so sad, but it's great climax

Haha big hero is an amazing movie! Such happy vibes

wooow that great, thanks for sharing.

That's a robot everyone would love to have. Baymax is great in the movie, but to have him in real life would be amazing. He's very helpful and the process they're going through to build Baymax is pretty cool. I'm excited to see how the robot turns out! :)

We will be sure to keep you posted on any further progress we hear of! It'll be amazing

Disney is always innovative, not just business but also technology.

One of the MOST innovative companies! Their theme parks are out of this world

I can not think now that how many opportunity will provide by the bless of technology. I think it has started its journey never to stop.

Couldn't agree more with what you're saying

If only their robot had the same sense of humour that Baymax did 😂, he could do a stand up comedy with just the arm and raise enough money from patron to build the rest of his body, Baymax doesn't need Disney's money to do this. 😂

Hahaha that's a hilarious thought! If only...

The creation of this type of soft robots is a significant technological advance, not only because of the challenge of creating it, but because of the help to the human being that these robots can provide as we saw in the film. It should be noted that the Software system is extremely complex, the Artificial Intelligence that will be used to create this robot will make the world change, I am completely sure that if its creation is carried out and it is fulfilled that technology could be taken for other projects of Artificial Intelligence.

Thanks for your thoughts on this Baymax robot! It will be incredible for humans if we make sure to build the artificial intelligence correctly and in a way that we can control. I look forward to hearing from you again on our future posts 😁