A Californina based airline company named Kitty Hawk has finally revealed its electric Cora aircraft, which takes off like a helicopter but looks like an airplane. The aircraft has room for two people and enough power to travel 62 miles moving at a speed of 93 miles per hour. 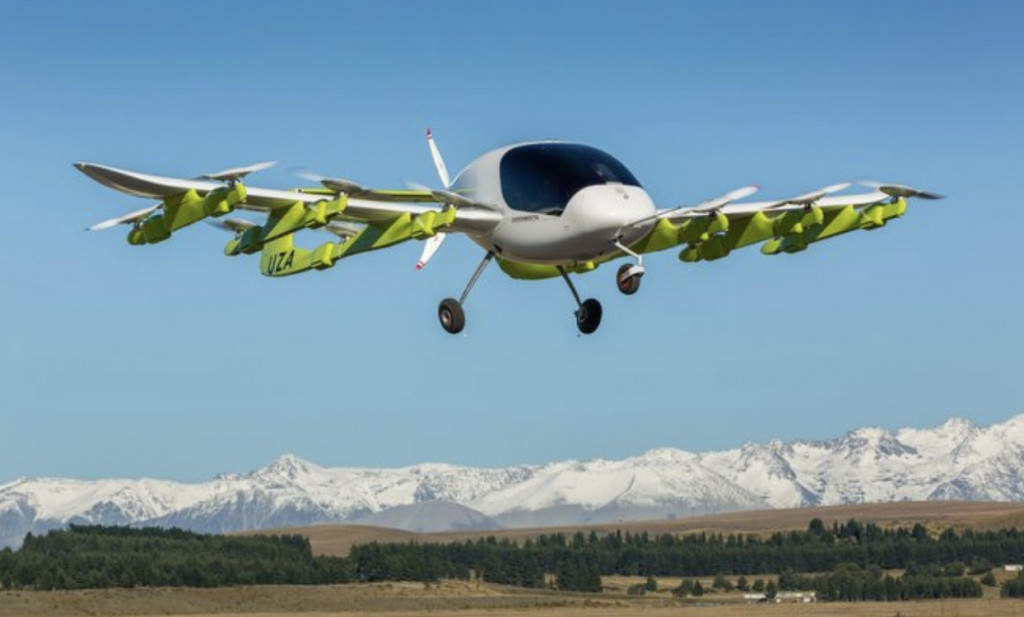 The Cora aircraft is autonomous so it doesn't require any of the pilots to have a license to operate the plane. In fact, Kitty Hawk is backed by Larry Page who is a co-founder of Google with aspirations of making this aircraft perfect for urban flying. The goal is to eventually have a fleet of these vehicles that operate as a taxi service around densely populated areas. Kitty Hawk has partnered with the New Zealand government for support on this ambitious endeavor.

As of now the company has not disclosed any price information or how exactly the pickup and drop off points will work, but the development of the aircraft is much farther along than many competitors. A few notable competitors are Airbus and Uber, who are both in the research and development phase of their autonomous flying taxis service.

Made with ❤️ by Techchat
technology privatejet living travel google
3년 전 by techchat61
$73.84
138 votes
댓글 남기기 17
Authors get paid when people like you upvote their post.If you enjoyed what you read here, create your account today and start earning FREE STEEM!
STEEMKR.COM IS SPONSORED BY

whoa, thats amazing! Technology now was fast advancing. I love most te hover board wherein we can ride on like that of the movies, LOL

Yes its a really amazing piece of tech and in no time it would be seen on the streets and available to everyone , why these things are not yet aeen around is because they have not been produced in large numbers.

You have a point; however, keep in mind technology always advances faster than laws and regulation and we have come to a point where there is so much innovation that the government is scrambling to put laws in place for control. Like autonomous cars, flying drones in the city, etc...

Hmmmmm maybe, but from the large numbers of technologies that ive seen on videos I've been able to draw a conclusion that these developers needs support from the majority which are the people because most of them after writing the video say 'we need the support of your to bring this into mass production'.

The new trend of transportation is autonomuous. I wonder if like a automous car. Air taxi to be accurate when it comes to calculating, speed, landing and take off or even the altitude plus a traffic route.

Only time will tell, but at least an air taxi doesn't have to worry about as much traffic in the air like cars do.

One of those new technologies should implement cryptocurrencies as a must form of payment in order to attract more people in it in my oppinion.

It's amazing the progress they make, but I think people are just too much in autonomous cars, planes etc., at the end people will be like in movie Wall-E :D

Haha that would be unreal, but think of how productive humans will be if we don't have to waste time in traffic anymore and a vehicle can just drive itself!

Wow, This is awesome technology, Especially pollution free, noise free 😊. We really need this thing . This will be best alternative when roads are jammed with cars.

Yes, it's great that much of the new innovation around transportation is using clean energy! Traffic is something that frustrates me tremendously so this would help out a lot!

Congratulations @techchat! You have completed some achievement on Steemit and have been rewarded with new badge(s) :

finally a taxi that is not limited to the 2D mesh of streets, traffic would become a thing of past.