Mark Zuckerberg, founder and CEO of Facebook, has a busy schedule this week with plans to testify before the Senate on Tuesday and Congress on Wednesday. Facebook was recently caught in a privacy war with a political firm called Cambridge Analytica. This firm was said to be hired by the Trump campaign to acquire access to private data on millions of Facebook users. The idea was that Cambridge Analytica offered tools that could identify the personalities of American voters and hopefully influence their behavior. Ironically enough, the firm was funded by Robert Mercer, the wealthy Republican donor, and Stephen K. Bannon, a former adviser to the president who became an early board member. The data obtained included details on users' identities and who your friends like or what they like. 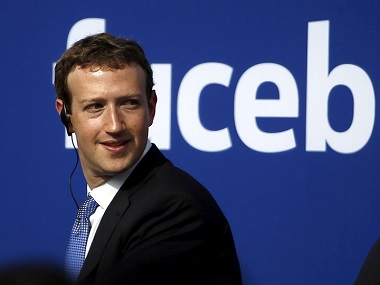 Zuckerberg released a report ahead of his testimony to the Senate and Congress that explains Facebook is an optimistic organization, focusing on connecting people and giving them a voice. But Zuckerberg also admits that the idealist train of thought might have blinded the company to potential misuses of Facebook’s toolset.

The community has not taken this lightly. Among those who revolted Steve Wozniak, co-founder of Apple, said he is 'disgusted' with Facebook and deactivated his account. When a reporter asked Tim Cook, CEO of Apple, what he would do if he were in Mark Zuckerberg's position he responded "I wouldn't be in this position" criticizing Mark for selling user data to make money.

Snippet from the report...

Mark Zuckerberg:
But it’s clear now that we didn’t do enough to prevent these tools from being used for harm as well. That goes for fake news, foreign interference in elections, and hate speech, as well as developers and data privacy. We didn’t take a broad enough view of our responsibility, and that was a big mistake. It was my mistake, and I’m sorry. I started Facebook, I run it, and I’m responsible for what happens here.

Made with ❤️ by techchat
technology facebook apple privacy robot
3년 전 by techchat61
$259.51
108 votes
댓글 남기기 52
Authors get paid when people like you upvote their post.If you enjoyed what you read here, create your account today and start earning FREE STEEM!
STEEMKR.COM IS SPONSORED BY

Hey, thanks for inviting me to check this out, when you commented on my article over at (Mark Zuckerberg, Congress, Competition and The User) --- I can see why what I wrote may have got your attention. As I am not on the side of blaming Mark entirely for this issue. So much of the blame goes on users for what they decide to share on these networks -- but -- the problem of tracking people, compiling databases about people - is not limited to facebook. Our phones, televisions, smartcars, and etc are all enabled with devices to let 3rd parties know what we're up to. FB is just one of several places where information harvesting is going on. It goes back to the Patriot Act, after 9/11 as we were more than willing to give up more privacy - to keep us safe from the Al Quedas ....................

That's an interesting point. I actually just read an article of businesses being hacked through the Internet connected thermostat. Anything with Internet connection is now vulnerable.

Zuckerberg/FB and The Senators are using this Senate Hearing for political purposes - this is not a FB grilling. FB is a much loved source of information for the Neoconlib USraeli Senators, and they get bonus media "Facebook is in 'arms race' with Russia" headlines, as if FB isn't hacked by China and USrael, and hackers from all around the globe...

The cruel reality of FB, although that is not the first time that it has to FB to sell the data of the users, the difference of this accusation to the previous ones, this yes it is formal. On the other hand, this accusation was for political purposes, how many have not been the object of crime? Thanks @techchat and @lexcameron, for the contribution and perspective of this information.

FBs whole purpose is to make itself formal, to become essentially a government entity ruling over us.

The reality of this Facebook situation is Mark is being used as a scapegoat. US congressmen do not care about anyone's privacy, given how much information the government already knows and harvests about you with its secretive NSA led surveillance programs, this "grilling" of Zuckerberg has a hidden agenda behind it.

My apologies and no spam intended, but I actually wrote about this situation on my personal blog and republished on Steemit here: https://steemit.com/technology/@beggars/your-privacy-is-an-illusion - if a link to my Steemit article is a concern to you, I would be happy to edit it out. I just thought it was relevant to this situation.

Great article - I highly recommend anyone who visits this blog post to read it.

That's a good point though... ironically enough a senator asked Zuckerberg to confirm if Facebook listens in on user's calls to better target ads. A similar conspiracy theory has been discussed with the NSA.

Funny way of thinking. Mark Zuckerberg created Facebook, but now it is here it is Facebook and not Zuckerberg that is the problem. The whole business model is wrong - people has to leave if they want privacy.

That's an interesting point... the problem seems like there is no direct substitution for Facebook. A senator asked Zuckerburg "if I own a Chevy that has problems I can give it back to Chevy and buy a Ford... what is the substitution your customers have if they don't like Facebook?" Mark couldn't give a clear answer.

The paradox is that people have created Facebook, while Facebook, on top of this, has created an abusive business model. What I mean by this is that all content, contact lists and comments are created by people. The technology behind is not rocket science at all. Facebook was just first. Facebook's only value is its monopoly on global communication. One login and you have contact to 70% of the entire world population. If people began using another technology, like the federated network Diaspora, the monopoly would crumble. We have seen how fast such thing can happen. The problem is that people would have to create the whole thing again, and most people do not have the imagination to see possible change.

That's a very interesting point. Facebook, literally, owns no content but has such strong network effects that it has access to a lot of the world.

Great contribution and thought to the post. Thank you!

Unfortunately people won't remember any of this in 2 weeks and FB will be back to it's old tactics.

Great article! FB definitely messed up big time. The users are also partially to blame in my opinion, because they are the ones giving all their personal info to FB. That's why I made this meme. Hope that you enjoy it, and thanks for sharing. 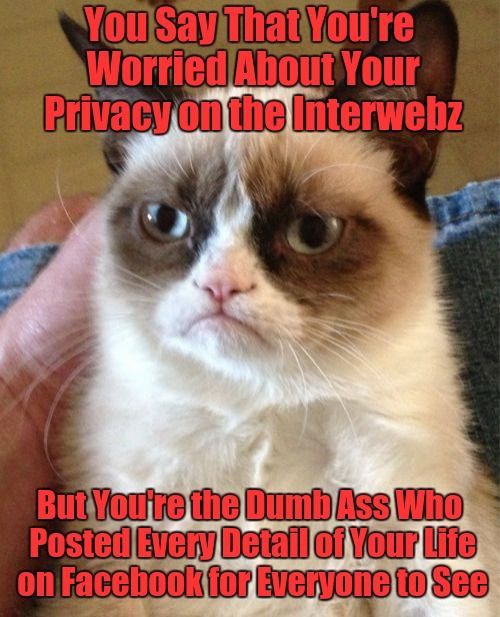 Thanks so much for stopping by!

not only should he resign, but the whole facebook should be subject to regulation to protect our data.

This may end up being the beginning of the end for them. They'll ending up with massive fines and lawsuits at a minimum. I can't believe their stock has held up as well as it has been.

I'm really interested in seeing what the fines are going to be. It can be huge given how many users they actually have.

Great post, I can't believe this guy decided to testify today and I think it will lead to his demise. However, in his line of work CEO's come and go like the money in the bank!

I saw highlights of the testimony and it seemed like he did a good job! I doubt Zucks will get booted from CEO, but we'll see.

Brother, all your writing is very nice. If you vote for me then I am very good.thanks

Thank you for tuning in, brother.

We people always forget about the hurt and will be hurt again and have a bad experience one day.

I don’t care if Zuckerber would resign or not. I would like to see a FB which is more secure and with more privacy. Maybe than I would take again a FB account

I read some discussions that Facebook is looking into allowing users to pay a subscription to have more control of their data. I guess only time will tell if this comes to fruition...

Great synopsis on what’s going on. So far the testimony has born no real fruit. I’m not sure any of these people understand what the company Facebook even is.
If subscription is their answer, I’ll opt out. I’m sure that would be the mass exodus. Thanks again!

Who knows how many times he sold us.
It's about time we head out of facebook

I've never seen any other global sns/blog company asking our real name. Why does facebook need our legal name in the first place?

I believe it is a way for the company to maintain quality. When users can use any name on a social media platform it can turn into MySpace.

I don't understand why Cambridge Analytica isn't getting sued. They signed the Proof of Destruction, then didn't destroy the data. Facebook satisfactorily fixed their info sharing rules in 2014.

This all seems like a ploy so that the US gov't can get access to all of the information.

whats to stop anyone from making an app and just harvesting all the data from steemit and selling it?

Hmm, I'm not sure I understand your comment. You do not believe Apple is user-friendly?

very good post thank you for it, glad to see others are just as aware of the facebook invasion of privacy and reckless disregard for their customers information, I would like for there to be more action done on a grassroots level to stop corporate abuse of it's consumers. Facebook needs to be broken up because it is a monopoly. so is amazon and so is google.

I’m really surprised that this has been allowed to go on the way it has for so long. For Christ sake, the guy holds more power over a MASSIVE new industry that revolves around people’s personal lives and personal HISTORY. That’s a massive amount of power which should be handled delicately.

He's definitely one of the most powerful people on this planet. He was an intrumental part of creating the massive industry though, so I believe he rightfully earned it. I agree that he needs to handle it delicately, though. I think he's done a good job overall.

Highly informative and interesting, good work Tech Chat. I have some ideas on the future of social networks and how they could provide us with cash for our data - have a look over here

Late reply to this, but I thought this whole affair was amusing and this is nothing new it all. Facebook is a business where people are the product. Kind of odd hearing them talking about opt out and "seeming" like they care about the public interest. Especially when such things as the Patriot Act and NSA exists. It's hypocrisy. None of the congressmen asked about the real questions, but a couple got close. Like Cruz, surprisingly.