Would you get in an Uber air taxi? 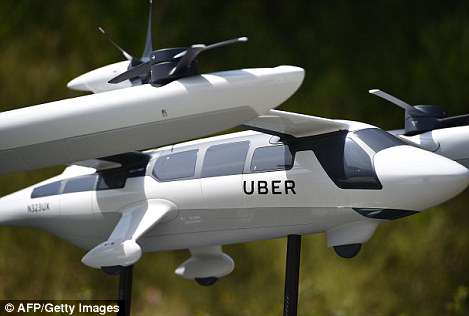 Within a few years, you might be hailing an Uber air taxi for your next commute. Uber has been investing a considerable amount of resources into the eVOTL vehicles - short for electric vertical take-off and landing. At the Elevate summit in Los Angeles Uber's relatively new CEO, Dara Khosrowshahi, mentioned he wasn't totally convinced of this idea at first. Think about it - deploying a commercial set of aircrafts for rides around the city seems like a liability nightmare for a CEO - but if anyone can pull it off it's Uber.

“For me, the aha moment came when I started understanding that Uber isn’t just about cars,” Khosrowshahi said. “Ultimately, where we want to go is about urban mobility and urban transport, and being a solution for the cities in which we operate.” Uber has come a long way from when it first started. Many don't remember - but initially, people couldn't fathom stepping into a stranger's car for a ride. People felt comfortable and safe with Yellow Taxi. Now, with Uber reaching on average around 5.5 million rides per day some people have even sold their vehicles and just use Uber to commute around the city. As far as Yellow Taxi - it's now synonymous with a fossil. Check out this article to see how hard life is for taxi drivers… Once Uber's vision is reached, Uber says it will be cheaper than owning a vehicle, on a per passenger, per mile basis, as well as autonomous. However, similar to Uber's autonomous program, at launch pilots will obviously be in the cockpit.

In order for Uber Elevate to be successful, there are many caveats that still need to be figured out. For example, skyports for them to land on and charge, as well building the actual vehicles to ensure they are quiet in the cities. Uber understands they can't pull this off alone and has established partnerships with companies like Karem Aircraft and Embraer. Gannett Felming and Corgan are assisting in developing the skyports. At this point, there are something like 70 companies working on eVTOLs for deployment in Uber’s air taxi network.

Made with ❤️ by techchat
technology engineering news tech steemit
3년 전 by techchat61
$11.81
57 votes
댓글 남기기 9
Authors get paid when people like you upvote their post.If you enjoyed what you read here, create your account today and start earning FREE STEEM!
STEEMKR.COM IS SPONSORED BY

Air taxis would be rad!

Sure would, along with these human sized drones... love the concept!

If it was safe and cheaper than an airplane of course lol!

I doub't it could be cheaper than a GA aircraft like a cessna 152/172/182. But by using them the way Uber is planning I bet the per person price would be much lower than chartering a flight.

Oh yea makes sense for sure

how did you create that call to action text under the video? which is Upvote,FOLLOW, RESTEEM

Maybe, if the TR3Bs are real Uber might be using their propulsion system by then

I wonder what kind of restrictions they are planning on service location. I don't think this would be smart to fly in between skyscrapers in large cities. But in the suburbs, it might be feasible for long-range transit to the other side of the city or to other cities?