Been a fruitful month so far and it's not yet over. @a11y has been doing his job flawlessly and supporting those that employ his armaments. This post is to inform people of the specs and qualifications to use said ground forces and will also go over the other squadrons that provide assistance. Henceforth known as - Allied Forces.

Fellow witness and genius coder, @yabapmatt, was the designer for the code implemented into my memory banks. I have been operating with full efficiency and supporting my beloved allies as best as I possibly can within my bounds. I currently have just over 3100 SP, which according to Steemworld, is $0.38 SBD every 100% vote. As STEEM continues to rise, so will that value. I currently have 26 delegators and 3 passengers meaning I have 29 votes to give out each time I patrol the grounds. That is roughly 10 votes per month giving you $3.80 SBD for your contributions. Below is a list of codes needed to access my defenses:

This is the primary defensive aerial support ship for #thealliance. The main difference between @a11y & @themothership is that 'she' is a nominal mandatory requirement (either 2 STEEM a month or 60 d-SP) whereas @a11y is an optional boost for interested parties. I am aware they are both new concepts and as newer members come in, it may take a little bit to grow accustomed. Please read this for full specs on @themothership. 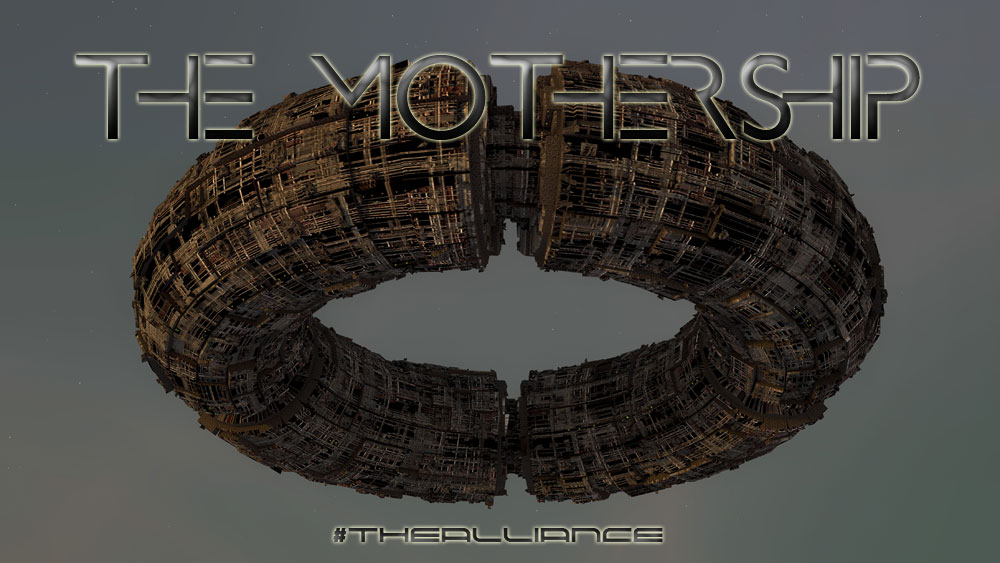 Though not a voting bot, it is the place where everyone receives their rations. The account is ran by @enginewitty and has enlisted the help of an autovoter to support all family members. Is it a flat vote across the board? No. Those that delegate to or donate to @thealliance do receive extra rations. Those that participate more in allied activity and are seen engaging with other family members also get an extra apple. Votes are adjusted accordingly every few weeks. @thealliance is also a heavy curation account designed to highlight members and also donates some of it's proceeds to @youarehope and @tarc.

@bmj runs this Share The Steem Love account. It supports 3 different things. The first being it's delegators, the second being #thealliance, and the third is the winners of the 60 Days of Love contests. I believe he is doing something great here by supporting the things he is passionate about. He is always accepting new delegations to help fellow family members and those winners of his minnow love contests.

This account is run by @armshippie. The things 'Shippie' is passionate about and curate heavily with this account are #thealliance and #steemsilvergold. He has been faithful to the family throughout his curation and continues to be an extra light for us. Feel free to swing by and show him some love and perhaps consider delegating some SP to his cause as well.

Things change and us such, we must choose to either evolve or let others make changes for us. Since the changing of the guard in the #steemsilvergold community, @phelimint has opened STAX's arms to #thealliance. Similar to @a11y and @themothership, you can choose to delegate some SP or send STEEM for a month's worth of voting. There are a few differences to be aware of. One, is it is a tiered membership, meaning there are different levels of voting powers based on your contribution. The other, (and this one I really like) is once you are a battery for STAX, you can choose a minnow to support each month! STAX will also vote on your nominated minnow. Pretty cool huh? Stop into her profile for all the specifics. Initially designed to be an alliance only voting bot, Kozeni has since evolved into a platform wide bid bot that is the only one keeping massive track of the spam accounts and making sure it doesn't vote on any crap. Well, if it's a bid bot now, how does that make it part of the Allied Forces? Some of the proceeds Sneaky earns are meted out to multiple accounts. @youarehope, @tarc, @themothership, & @a11y. He is sending some of his 'Joki' to bolster our other forces, which is wicked cool and therefore, must be considered as one of the Allied Forces. 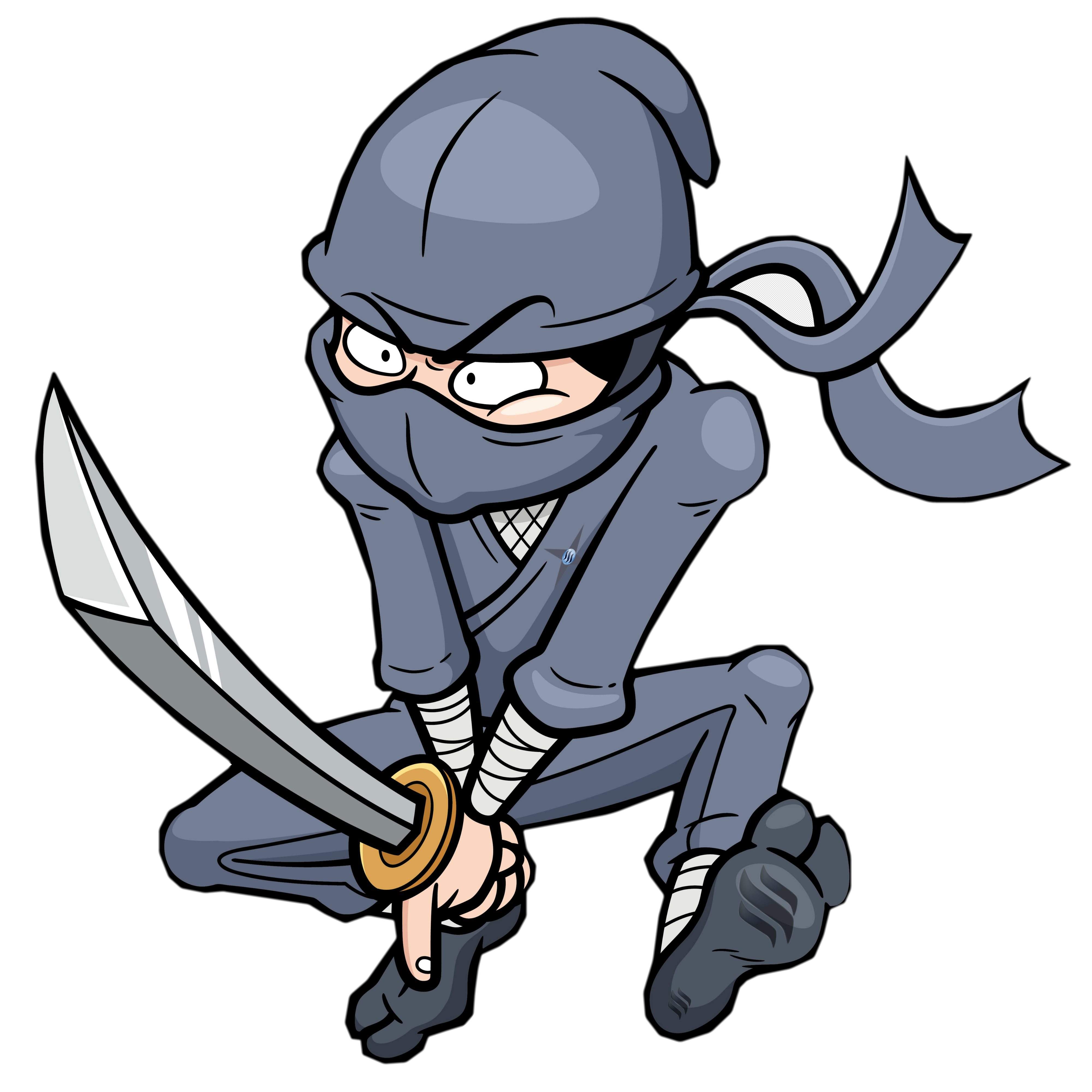 Not much is known about this mysterious character other than like @sneaky-ninja, he also sends some of his proceeds to the same accounts as listed above. He also sends some to @thealliance account itself to help it grow much quicker. I really am curious to see how this new bid bot plays out and the roles it it will have in the future.

The Most Important of the Allied Forces

Each and every one of you fabulous family members! None of the rest of the support bots and accounts even exist without all of you. What's the saying? United we stand divided we stall? Or something like that. May this serve as a thank you to everyone and encouragement that now that we have taken our baby steps...we're going to start walking around a little.


From the desk of:

thealliance alliedforces steemsilvergold curation teamgood
3년 전 by a11y47
$3.82
64 votes
댓글 남기기 16
Authors get paid when people like you upvote their post.If you enjoyed what you read here, create your account today and start earning FREE STEEM!
STEEMKR.COM IS SPONSORED BY

So many 🤖🤖🤖🤖🤖 we are spoiled for choice, @silvergoldbotty looks a feisty one 😳 You really can't have too many upvoting opportunities for your own posts - but remember folks Steem Power is an essential part of our function on Steemit don't delegate too much way away and leave yourselves too little to function.

I like how the Allied Forces are bringing together different groups as options, it will be good for us all to embrace and support them.

This is a great wrap up since I've been spending most of my steemit time elsewhere, but now it's time to get back on track and refocus on this awesome community. I've already boarded the mothership, but going to delegate 100SP to @thealliance and @a11y. It's also time to go through my autovoter and make some adjustments!

Finally took the time to add my delegation today!
Sweet!

Hey #thealliance members I just committed to both the @themothership and to @a11y.

And just a few hours after I delegated to @themothership I got a visit from her yesterday with a nice Upvote :)

If you're on the fence I would NOT even hesitate. These two are going to just keep getting bigger and bigger. Meaning bigger Upvotes for all of us

Awesome! I love this little army we are building! :)

As soon as I have my sp up you're on top of the list. Great work to all involved.

Love! 😍👼
Appreciated all the effort and time spent to support everyone in the family!
tip!

Hi! I did not know about @ally... I will consider that option... The mothership is a very good one too.

Congratulations @a11y! You have completed some achievement on Steemit and have been rewarded with new badge(s) :

Congratulations @a11y! You have completed the following achievement on Steemit and have been rewarded with new badge(s) :