I read a lot but this book was just too long and too boring to finish. I made it through the first two books but when I got to the third book, I tried (I really really tried) but I just couldn't finish it. Look, this book had one of the best single philosophical statements I've ever read in it - something like

"If you could be a better version of you, would you be? Better in every way possible?" That question alone is worth the price of the book because when you ask yourself the question and you are honest about it - you say "Yes" and then you realize "Hey, wait a minute, I can be...there are a million ways I can be a better version of me but apparently, I choose not to be. Why is that?" That is the most important part of this book. That is the key to it all.

The book is a sort of confusing story started by the Alaskan survivor of an end of civilization event but quickly handed off to a couple of cardboard characters who meet and interact with more cardboard characters as intergalactic Christian/Jewish missionaries cause cardboard #1 to dream about Jesus and mesopotamia. The dreamer falls in love with the daughter of the most evil powerful family and in book 1 they try to escape from a world that is controlled by illumaniti-esque families using heavy duty CIA style control mechanisms. They meet lots of people who have been affected by a book called Infrastructure and Action which sounded much more interesting than The Breaking Dawn and then just when they get away and start building a new world, the annoying Alaskan kid comes back and skips us ahead forty years. The control freaks try to conquer the cooperators but no matter what they do, the cooperating people refuse to turn to the domination tactics of the control freaks - similar to the narrative laid out in Daniel Quinn's Ishmael - and because of the lack of domination they thrive while the dominators wither and eat themselves.

Then, while the coperators miraculously build a space faring nation of retirees - the dominators realize they are losing and make a plan to nuke them into oblivion - but the Jesus loving aliens show up and wash the whole planet in the light of realization and the dominators all die. Then the annoying Alaskan shows back up and gives a bunch of needless stats about who died and who survived. I couldn't really bear to read any more of it.

This book could have been cut down by two thirds and it might have been good. The folk singer and her daughter didn't matter, the old man didn't matter, the CIA doctor type didn't matter. The best character in the book was only given three sentences when he said you have to be willing to die and find out what you are willing to die for. If I had been able to give a shit about any of the characters, I would have liked the book better. I'm not saying I could have written it better - I've written books and most of them are probably not as good as this - but I've read lots of books that were better. Character development is important and this book had tons of superficial character development of tons of superficial characters I didn't give a shit about - so many names! Peter and Dorothy and the names of their six children and Allen and Janna and their six kids and Rudy and Georgia and the electrician and Louis and the secretaries - it was like a baby naming book - every name was in it. And none of them mattered. And most of all the narrator didn't matter - he just interupted the flow and broke up the story.

This is what I would have liked to see: a confused young man has confusing dreams and meets a girl who helps him to explain because she is the daughter of a wealthy family that has access to forbidden information - with the help of a disgruntled CIA type operator they escape her family and move to a freedom zone where they learn from a mysterious book - that is revealed in detail to the reader - eventually, his dreams reveal a future where his descendents are able to communicate how the cooperating people can survive and overcome the dominating people - personified by the girl's dominating and evil father. The end. No Alaskan, no generations, no aliens, no annoying Judeo Christian theme - that's it.

It could have been a very good book. He just wrote too much and didn't have or didn't listen to his editor. But that one line - it did make buying and reading as much as I did worth it. And I liked that he threw in some #cryptocurrency - it wasn't really necessary, but that and the rare books as currency were fun additions. 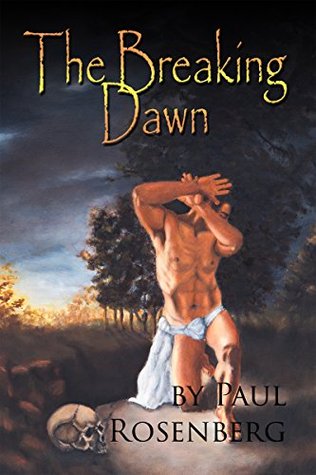 thebreakingdawn paulrosenberg dominators cooperation cryptocurrency
3년 전 by captainvapoor41
$0.00
4 votes
댓글 남기기 0
Authors get paid when people like you upvote their post.If you enjoyed what you read here, create your account today and start earning FREE STEEM!
STEEMKR.COM IS SPONSORED BY