Con Dao is the name of an offshore archipelago of Ba Ria-Vung Tau Province, 97 nautical miles from Vung Tau and 45 nautical miles from the Hau River. Con Dao or Con Son is also used for the name of the largest island in the archipelago. Historically known as Viet Son before the 20th century, Con Son Island was known as Con Lon Island or Con Non Island. Old names in English and French are Poulo Condor. In 1977, the National Assembly of the Socialist Republic of Vietnam decided the official name Con Dao. Con Dao is also a district-level administrative unit of Ba Ria-Vung Tau province.
Due to its favorable position on the maritime route linking Europe and Asia. Con Dao is known to the west very soon. King's Palace (Governor's Palace)
On January 1, 1862, Bonard signed the decision to establish the Con Dao prison, and from there turned the majestic mountains of Honolulu, into the clear blue sky into "Hell of Tranquility." 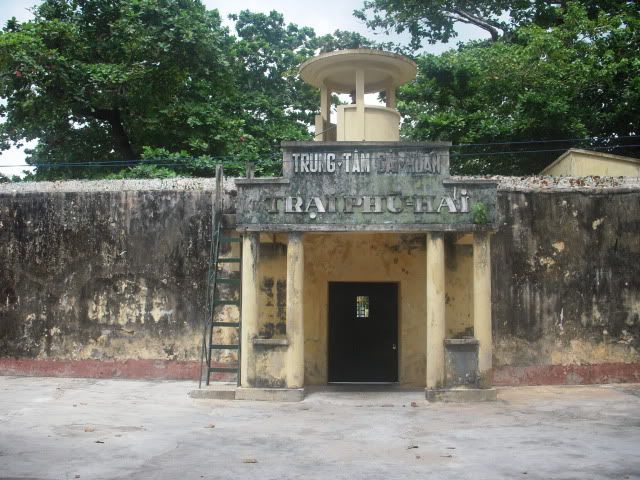 Phu Hai Camp is located in the Phu Hai correctional center
On May 1, 1975, Con Dao was completely liberated, freeing the scene of "HORIZONTAL GOOD" for 113 years.

Note: Reproduction of this article on the website or other media without the source of http://dulichcondao.info is copyright infringement.
KEY WORD:
The place, the island, the century, the invasion, the government, his, nguyen thi, archipelago, City, city, province

travel condao
4년 전 by chuongtnt18
$0.00
10 votes
댓글 남기기 3
Authors get paid when people like you upvote their post.If you enjoyed what you read here, create your account today and start earning FREE STEEM!
STEEMKR.COM IS SPONSORED BY

A historical relic of Vietnam