"I personally know 20 people who have committed suicide" - In Patagonia - The Blue Ice of El Perito Moreno Glacier. 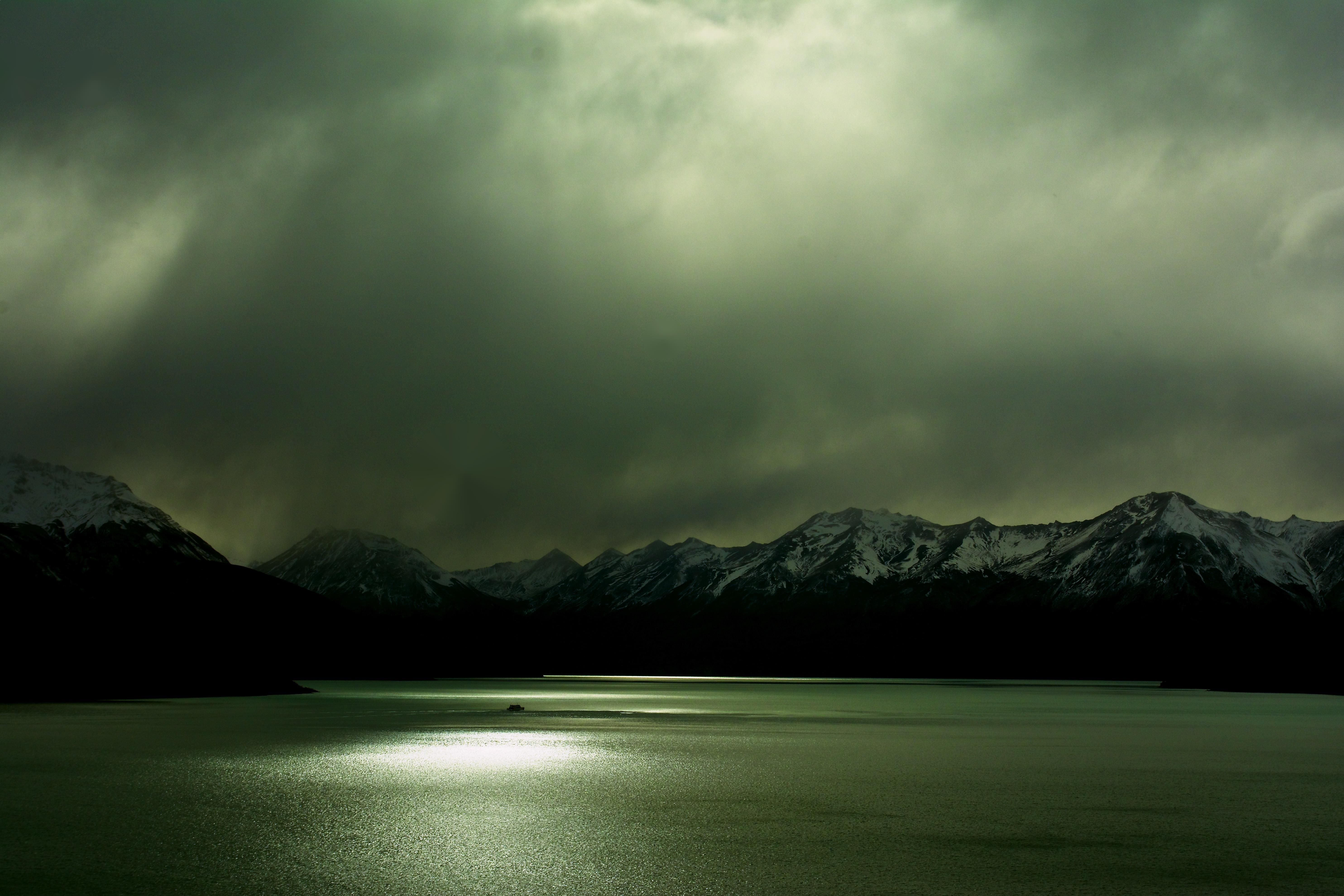 The plane cracks and shudders against the Antartica winds as we make our final descent. “I personally know 20 people who have committed suicide”… I can’t help but think of this famous quote from Bruce Chatwin’s ground breaking travel book In Patagonia as we fly into the pequeño Comandante Armando Tola International airport in El Calafate, on the border of Lake Argentino, the southernmost point of Argentina.

Looking out of the window of the crackling twin-engine Cessna 337 it’s easy to see why, in the face of such raw, untouched, unforgiving wilderness, if one stayed here too long, they might want to leave this mortal coil.

Leonardo DiCaprio filmed part of The Revenant here. For that alone the deceased Mr Chatwin might say he deserved his Oscar. Never mind the raw liver, the bear, the phlegm, the avalanches and the frozen rivers.

I have to admit my initial thoughts were; Thank god I am only staying 3 days. At the airport a couple of spaced out Germans offer to share a cab into town, I oblige and the taxi sets out along a stretching, secluded, icy road that consistently hints at the possibility of Jack Nicholson popping up and waving a wood axe whilst shouting “Here’s Jonny!”

The night convenes at the Glaciar Perito Moreno hostel, a comfortable, clean-yet-clinical hostel, generously heated to protect against the vast frosty emptiness that encompasses the world outside. Its greasy wood frame delicately painted a warm Oxford blue, with rosewood trimmings, presumably to ease weary traveler's nerves.

After a short and shaky night’s sleep, we (the next round of intrepid glacier gladiators) drag our creaky bones from the rickety bunkbeds and embrace the cold darkness. The infamous Patagonian wind scratching our bleary-eyed faces like the boney fingers of the Grim Reaper. We head out along the winding roads of the Patagonian highway like drunken soldiers about to be thrust into the Battle of the Bulge. 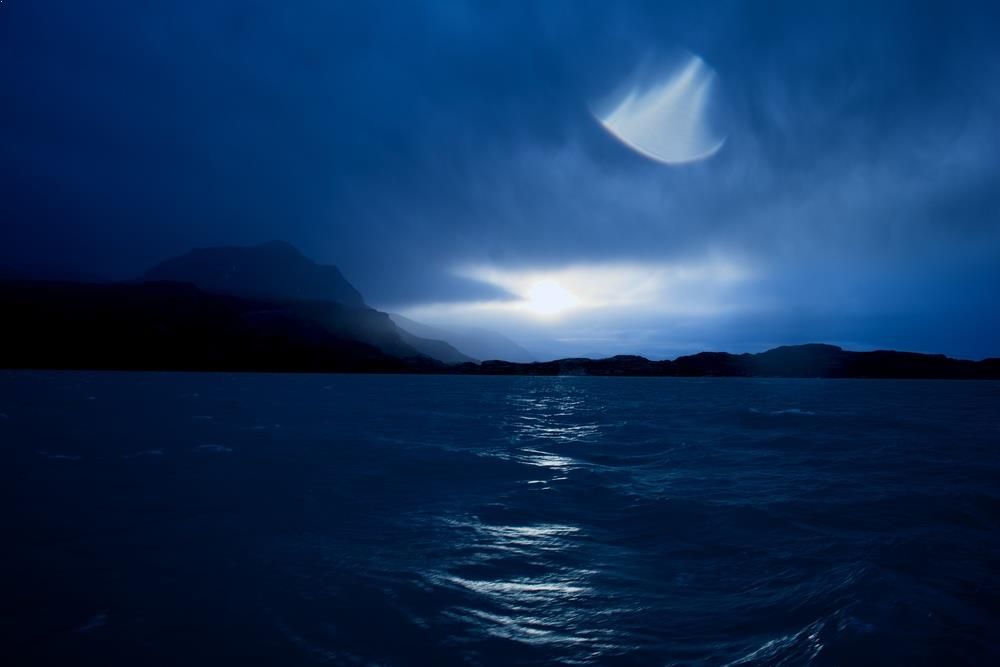 The first rays of sunlight silhouette the nomadic clouds, halcyon lakes and stern, unforgiving, yet emphatic mountains, innocently revealing the stark contrast of sweeping, endless, chromatic plains and distant glacial peaks. The morning blues and greens fracturing the dark numbness like an aimless steward’s flashlight at a cheap movie theatre, highlighting the solitary, sad, endless void of human existence. It all seems suddenly more magnified, yet at the same time incandescently beautiful.

A crystallized boat in a frozen ship graveyard signals we have arrived. That and the other 20 bus loads of people in the parking lot. The sudden realisation this is not the small 20 person boat the salesman had promised, but something slightly more titanic (no additional DiCaprio pun intended) puts a knot in my stomach… Welcome to Touristville. Will the magic be lost among 200 other happy snappers?

At first it seems it might, but a fully stacked bar and hot chocolate on tap helps, and quickly I am adopted by a group of 3 Porteño ladies, who, on hearing I am alone announce "we are your new mothers now!” as they stuff candies into my rucksack. We depart from the small port on Lake Argentino, stacked with multiple layers and topped up with a Puff Daddy super coat, hired from a friendly local store owner the night before. At times the wind threatens to blow us off deck, if you dance with it head on, but it's worth it to get this close to the blue ice.

Pictures don't do it justice, and even among the non stop camera flashes it's impossible not to be awestruck by this herculean natural spectacle that offers a glimpse into our ice-covered past. I stand there watching the ice crack, crumble and cascade into the lake, with my all too ironic hot chocolate, as thoughts of climate change invade my fuzzy brow. Though scientists still seem to be at odds as to whether or not the prehistoric ice river is increasing it’s thaw-rate or not. Surprisingly google nor any of the major news outlet seem to have anything to report since 2008. Did I hear some Steemian shout cover up? 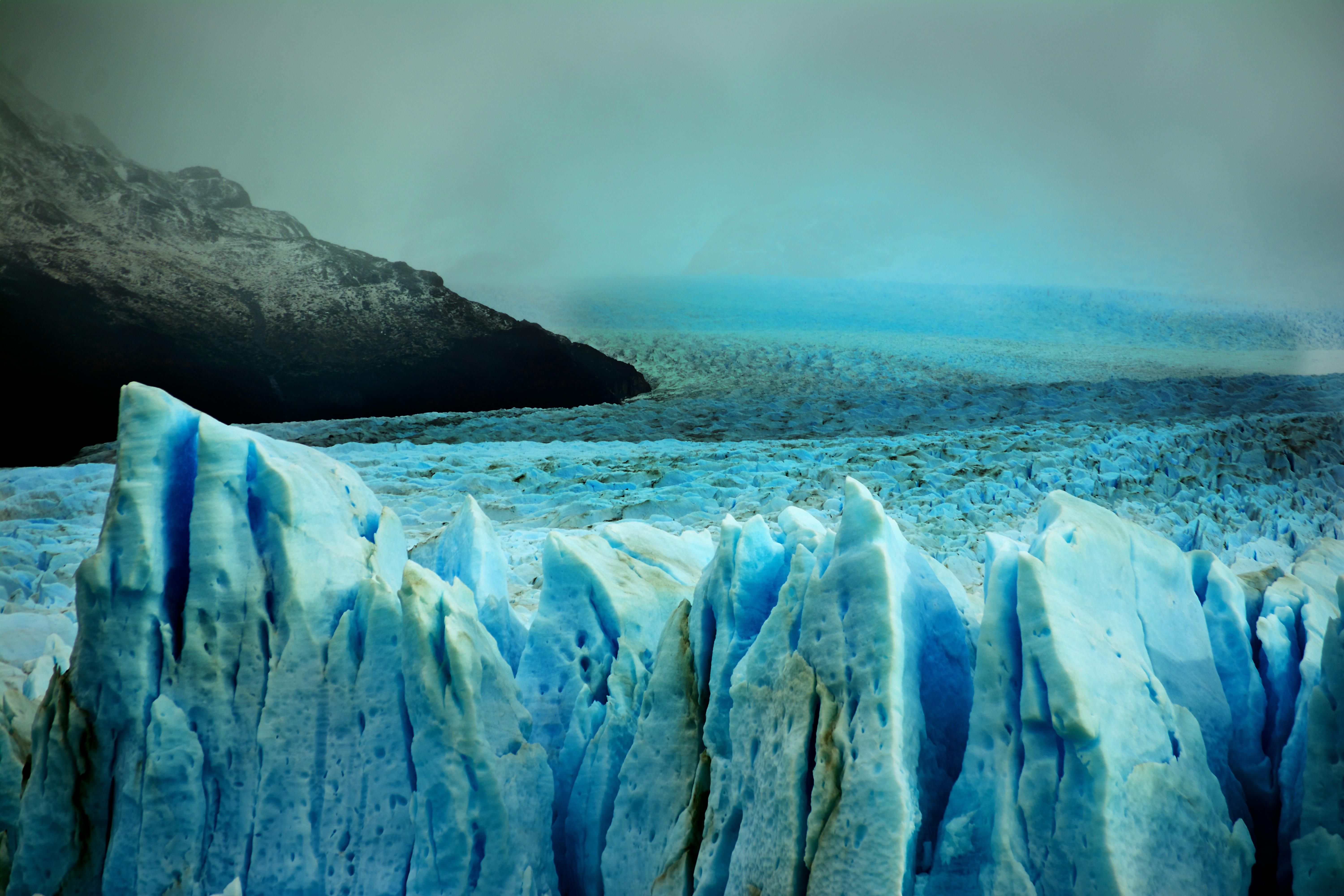 Whilst the other passengers run the gauntlet from one side of the boat to the other, intent to capture that perfect selfie, Christina, one of my new mothers and I sip on whiskey, stare into the blue and repeat the same starry eyed uttering; "Es muy linda".

Photos and words by @Dylan007

travel nature writing photography
2년 전 by dylan00742
$7.84
18 votes
댓글 남기기 23
Authors get paid when people like you upvote their post.If you enjoyed what you read here, create your account today and start earning FREE STEEM!
STEEMKR.COM IS SPONSORED BY

This is the best post on Steemit. I gave you a vote now, ya heard?

Wow, this is such an amazing post. You write SO well. I love your storytelling, on this and the Cerro Rico one. I've been to both places too, but your description is so much better than mine.

Also, as one of the editors for @steemitworldmap’s daily #traveldigest, I would LOVE to see this post pop up on http://steemitworldmap.com. If you're interested, simply go to the website, search for your location, click on code (down the bottom) and add a short description. It will then generate the code you need to copy and paste into your post (not the comments) to have it show up on steemit worldmap. There’s also a FAQ section if you get a bit lost.
You can find out about the project here:
https://steemit.com/travel/@steemitworldmap/steemit-worldmap

Welcome to steemit! I really hope you do well here.

Hi @choogirl thanks so much for your lovely message, it's always so nice when people appreciate one's writing and thanks so much for inviting me to place the article on the Steemit world map I will go and do this now! I am very new to steemit so it's great to meet new people who share the same passions. I have followed you and @stretworldmap to learn more about you and the #traveldigest. I am always keen to write for new magazines or website so if you have any other suggestions please do let me know. Many thanks, Dylan

OK I think I have done it. went to the location copied and pasted this code into the article [//]:# (!steemitworldmap -50.338668 lat -72.265663 long "I personally know 20 people who have committed suicide" - In Patagonia - The Blue Ice of El Perito Moreno Glacier. d3scr). I refreshed the page and can;t see it yet on the map but maybe it just takes a bit of time?
BTW absolutely LOVE this idea. Really quite genius, look forward to seeing the app soon.

Yep, the auto response means it worked. Thanks, I'll let the devs know it's not working on firefox. Not really my area of expertise.

That's great news guys, thanks a lot! Very cool what you guys are doing. I have only been on steemit a couple of weeks but really like how the community here supports each other and promotes good content. Thanks again! @dylan007

This post has received a 2.0 % upvote from @boomerang thanks to: @dylan007

Wow man. Just wow. These photos are amazing. Seriously! You write very well. I have so much to learn about photography! It is not my forte, per se, but I am always captivated by great photography like this. So inspiring! Keep it up! Got a new follower here @dylan007

Thanks a lot @falseyedols that is so very nice of you to say. I have followed you back and I checked out your In the lab post, nice track you are building there, very cool. I also trained as a music producer and work a bit as a DJ. It's great to meet so many creative people here on Steemit! You can see more of my photos from EL Perito Moreno Glaicer here; https://steemit.com/photography/@dylan007/amazing-photos-of-el-perito-moreno-glacier-el-calafate-patagonia-argentina Keep in touch! @dylan007 :)

You bet I will! Thank you for checking that out, I really appreciate it! Here's to winning at steemit brother. I'll see you soon

You have an incredible way with words. A true wordsmith as we say. I can't believe you went there. I would have been thinking, "Why did I decide to come here for 3 whole days?" Lol. Awesome post. :)

Thanks a lot @inalittlewhile so kind of you to say! Really happy that you like my writing, it's my passion! Feel free to follow me to see some more of my articles and photos, if you liked this one you might like my article about the miners of Cero Rico in Bolivia, you can read it here; https://steemit.com/travel/@dylan007/boom-the-shock-wave-hit-my-chest-then-again-then-twice-more-we-have-to-move-quick-said-daniel-before-the-dust-gets-here-welcome, thanks again! @dylan007

Thanks for reminding me. I totally spaced the follow button. Got it now. :)

hehe, lovely to meet you, lets keep in touch, will follow you now too :)

This is an outstanding piece. Images and words. Great storytelling.

Thanks I really liked your piece too. Look forward to seeing more.

I don't want to be friends with that guy.

hehe, v funny Tetsuo, yes maybe he was just a really boring guy and it was nothing to do with the bleak landscape of Patagonia! PS: Checked out your art in Donnie's Squad, cool stuff! Oh and Thanks for the upvote!

I think the landscape is magical to be honest, It feels like an alien planet and you inspired a desire in me to visit those remote places on our planet while I still have the energy to do it.

thanks for the compliments :] I enjoyed your writing and the photography and I look forward to more from you.