The land of Dragons

I have recently returned from my trip to Bhutan. a small country in the Himalayas regions. this beautiful country has a lot to offer; an enchanting place with rich history and cultural heritage. these are some of the stuff i managed to capture with my lens. please feel free to follow for more pictures of my travels 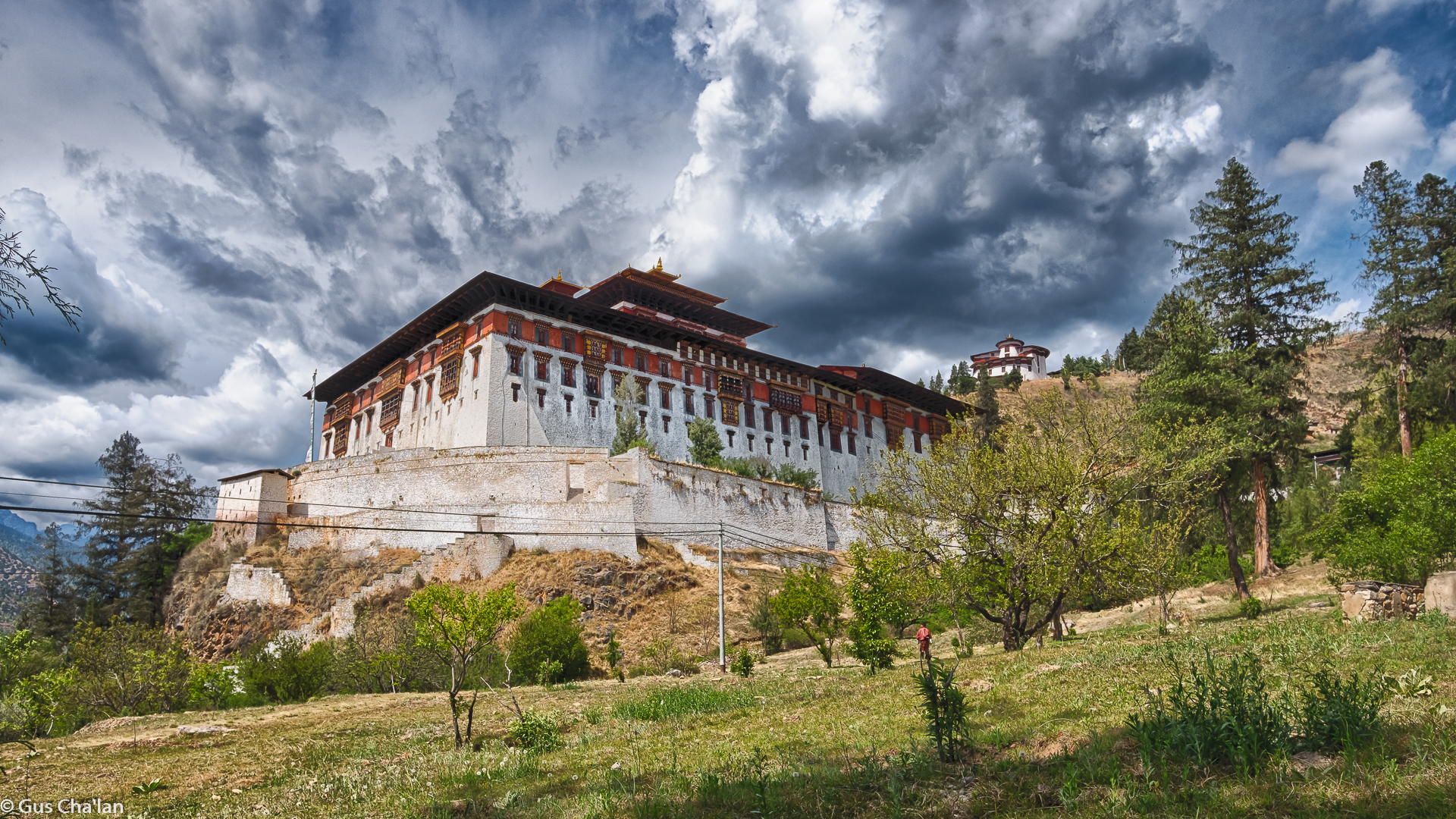 Thimphu is a bustling town on the banks of the Thimphu Chhu and set gloriously in the hills of the Thimphu valley. It is home to the Bhutanese Royal Family, the Royal Government to several foreign missions and development projects. Bhutan’s only golf course, a nine-hole circuit is also located in Thimphu. Thimphu is the only capital city in the world that has no MacDonald, star bucks, bill boards and traffic lights. A must see city that has truly set an example. It is also a place for trekking, bicycling, motor biking and bird watching. Tashichho Dzong (Fortress)
The names means - Means Fortress of Glorious Religion. It was built in 1641 and was reconstructed into present structure in the year 1962-1969. It houses the secretariat building, the throne room and the office of the king, and the central monk body. You can be part of the ceremonial national flag recess parade, performed every evening at 5 pm by the Royal Bhutan Police guards in its traditional finest grandeur. Sometimes if luck favours you could see the king coming out of his office on his way to his palace. 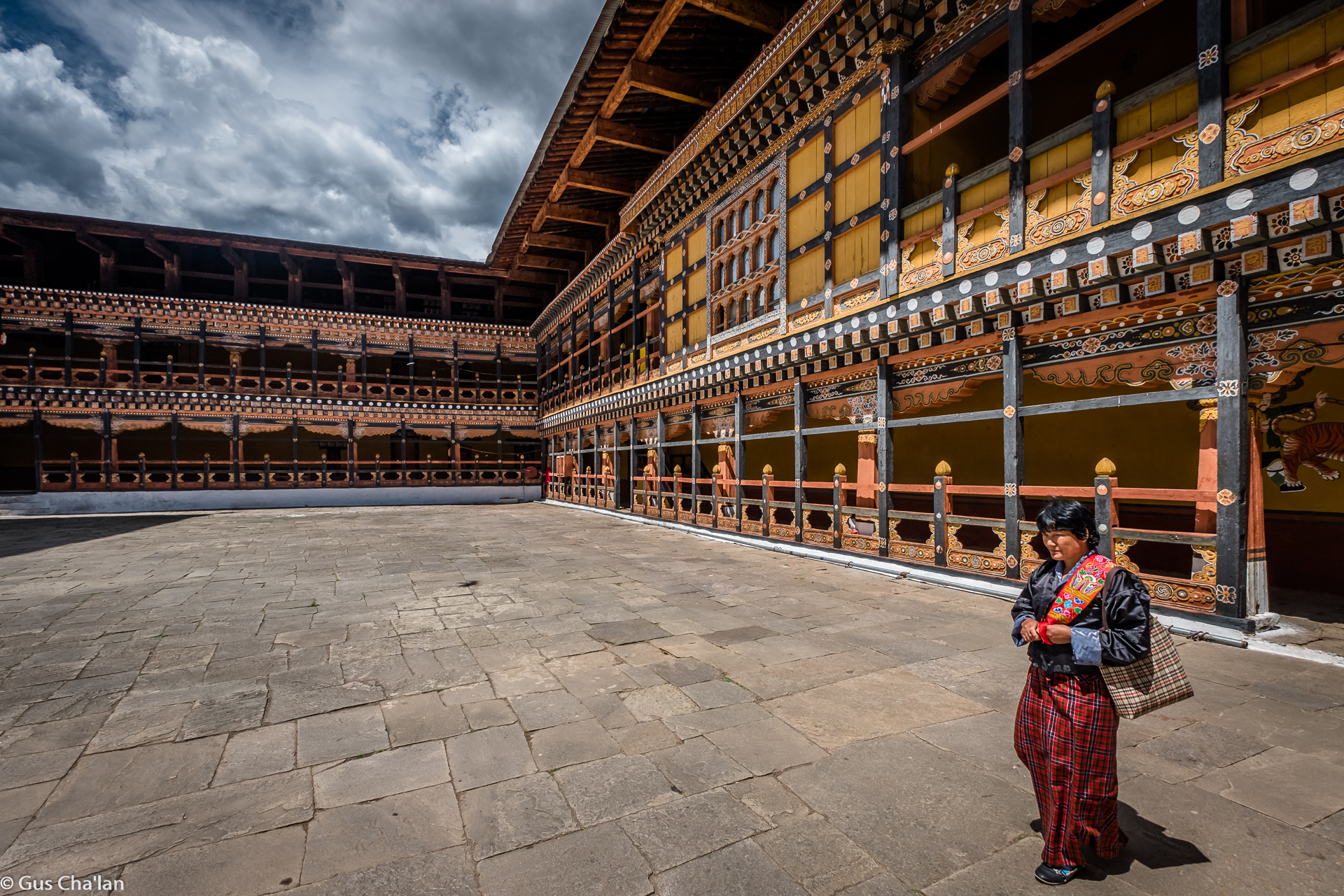 Kuenschholing View Point (Largest sitting Buddha)
A place from where you can get a good overview of the Thimphu valley is from the Buddha point (Kuensel Phodrang). It is again a short drive from the town. You can pay your obeisance and offer prayers to the Buddha, the largest statue in the country and then walk around and take a glimpse of the valley. 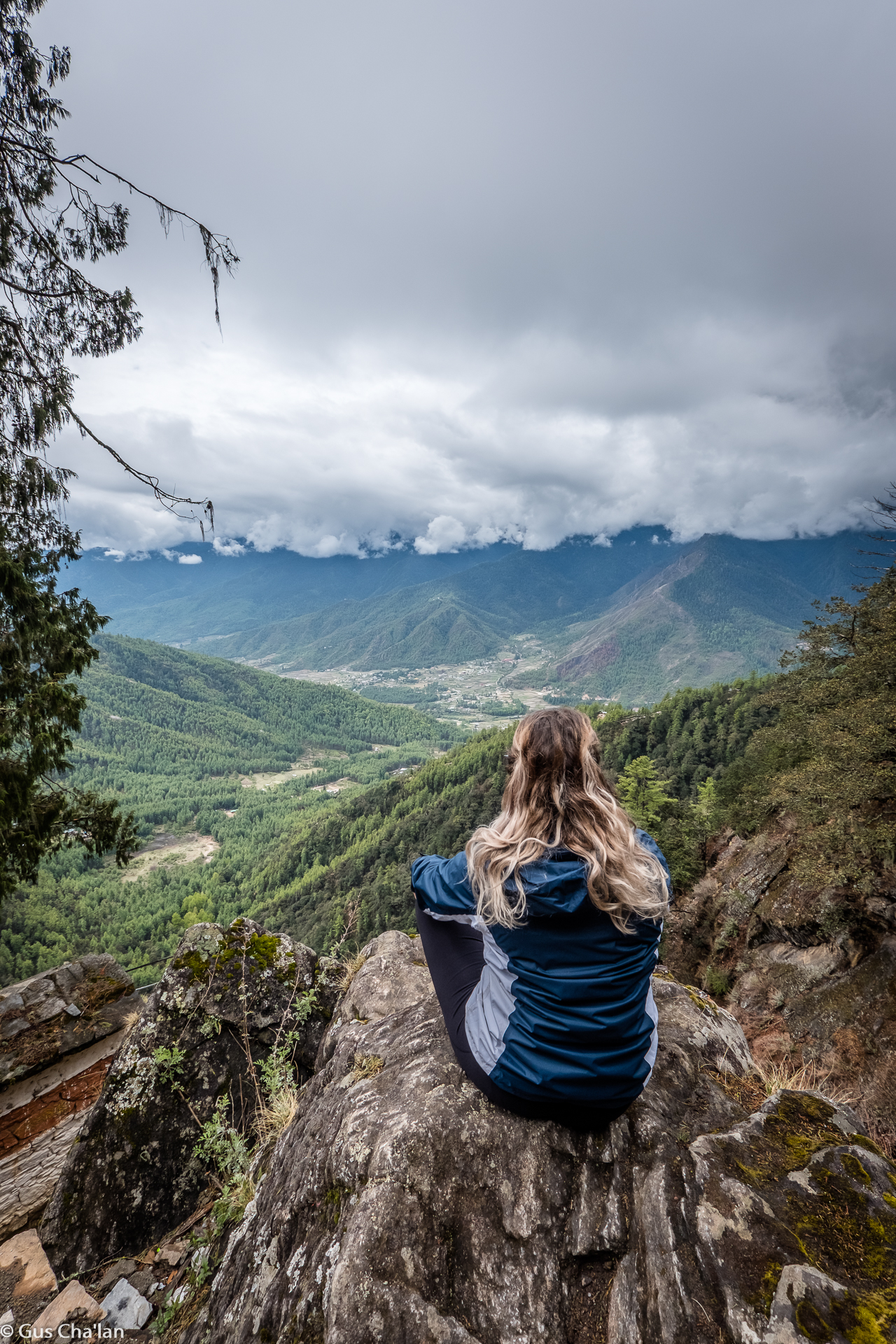 This beautiful valley is home to many Bhutan’s oldest monasteries and temples. The country’s only airport is in Paro. The valley is also home to Mount Chomolhari(7,300 meters) situated at the northern end of the valley whose glacier water forms the Pachu flowing through the valley. This is also the home to some of the famous Treks such as Jumolhari and Druk Path trek. It is also a destination for bicycling, motorbiking and birdwatching. 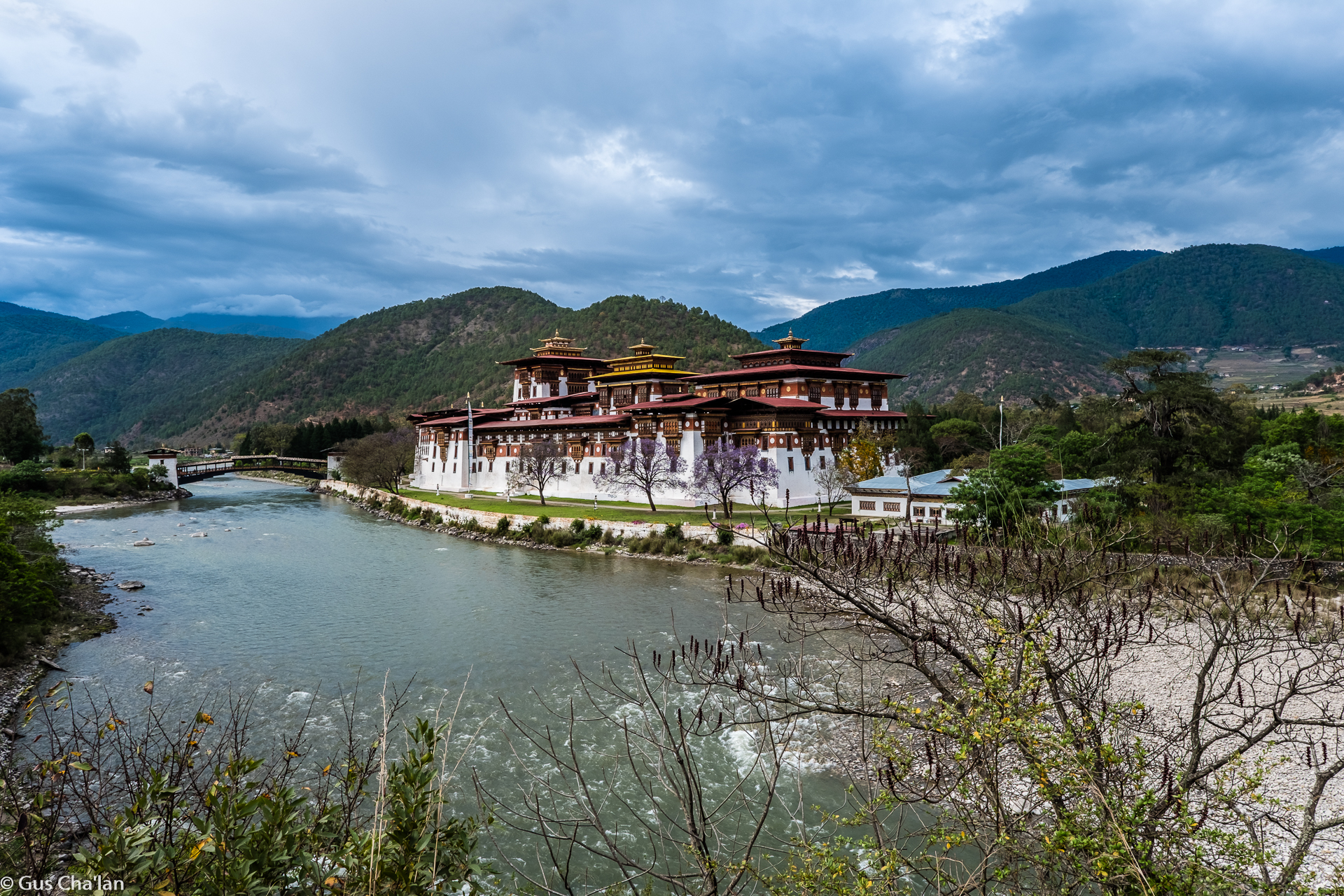 Punakha Dzong:
At present, it the administrative centre of Punakha district. The Dzong is located at the confluence of the Pho Chhu (father) and Mo Chhu (mother) rivers in the Punakha–Wangdue valley. The source of the Mo chu river is in the northern hills of Lighsi and Laya in Bhutan, and in Tibet Archery is the country Number one sport 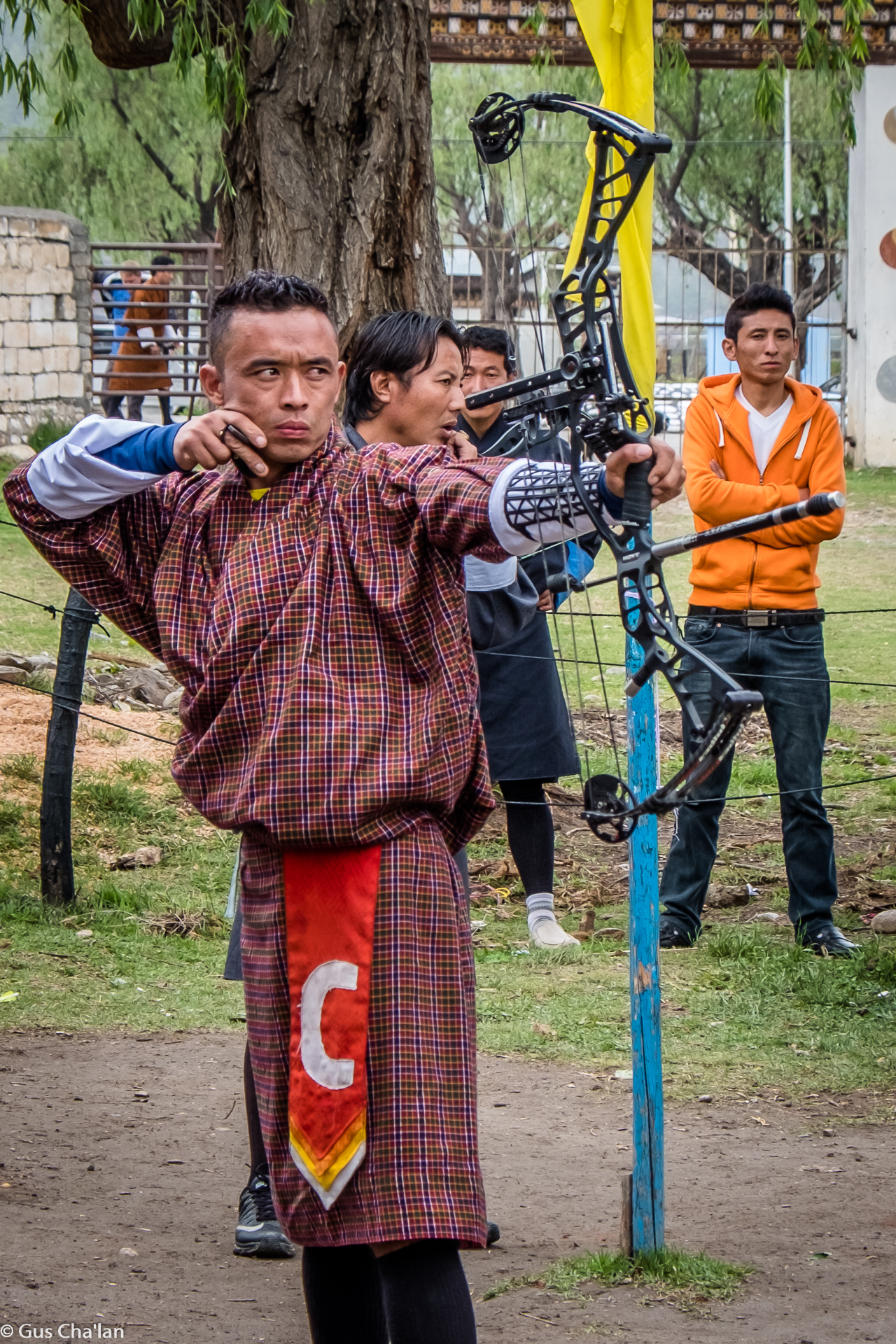 This is Bhutan’s most recognizable cultural icon perched 800m/2640ft up a seemingly sheer cliff. Although it was tragically and mysteriously consumed by fire in April 1998 it has now been restored to its former glory. It is believed that in the 8th century, the great tantric master Guru Rimopche/ Padmasambhava (2nd Buddha) flew on the back of a tigress to the site where the monastery now stands. The hike takes maximum one hour to reach the cafeteria and another around one hour to reach the heart of the monastery and slightly less on the way back. Most of the route is through wonderfully cool and sheltered oak forests. There is a tea house half way for a break. After the tea house the path is slightly steeper and more open with one area of exposed steps. It is a route that anybody of reasonable fitness can make but those who suffer from vertigo might prefer to wait at the tea house.

That's it for now. Until next time!

Don't forget to upvote, resteem and follow for more travel posts from around the world

travel bhutan photography adventure nature
4년 전 by flipflops25
$0.03
4 votes
댓글 남기기 3
Authors get paid when people like you upvote their post.If you enjoyed what you read here, create your account today and start earning FREE STEEM!
STEEMKR.COM IS SPONSORED BY

Congratulations @flipflops! You have completed some achievement on Steemit and have been rewarded with new badge(s) :