Koh Phayam: an island in Thailand you probably never heard of pt. 2

In part one I discussed how Koh Phayam is a place you absolutely must visit. In part 2 I will explain why you need to get there NOW... like in the next few years.

One of the main things that I enjoy about this island is the fact that it isn't completely overrun with tourism. I like open spaces – particularly when I am on vacation.

I might be “jumping the gun” on assuming this place is going to get inundated with tourism in the coming years but there is a very real reason for me having this opinion: I have seen it happen in Thailand many times before.

I think most people have heard of Phi-Phi Island and this is a case in point: Once the world became aware of this island (due in part to the relatively crap DiCaprio film) the area changed forever. It now resembles Times Square on a Saturday pretty much every day of the year. 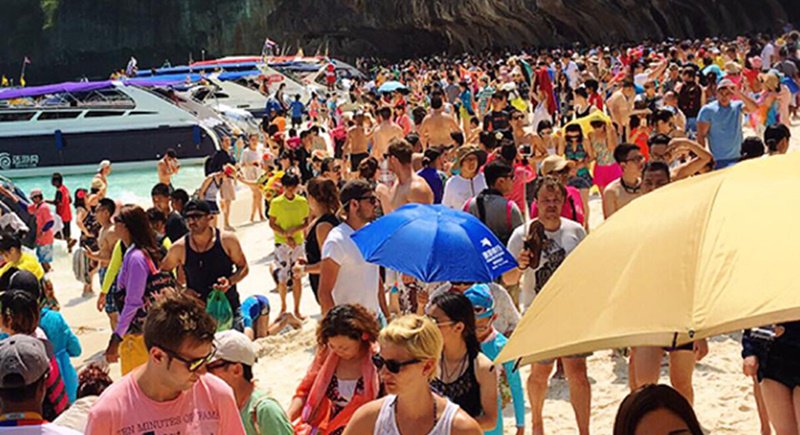 At one point someone was offering a “Maya Bay Live-aboard” in order to beat the crowds. People could pay to sleep on the boat or on the beach and be in the bay first thing in the morning and yes, in this instance you would have it to yourselves... for an hour or so. There was just one problem with this service: It was completely illegal. Someone inside the park service was receiving a bribe to look the other way (this is a common practice in Thailand) and eventually the military government found out about it. I can't imagine how they found out. The company only had flyers all over the place and first page placement on a Google search.

However, Koh Phayam has not been featured in any Dicaprio films that exhibit the lower spectrum of his capabilities so I will focus on another reason why I believe everything will change in Phayam very soon. This might seem like a major inconvenience for some people but this is precisely the point. The type of people who absolutely can not live without air con all the time will not go to this island. I have nothing against those people – I am sitting in my air conditioned room as I write this and can relate. However, this eliminates a rather large segment of the tourism spectrum from ever considering coming.

Hot water showers (which I consider completely unnecessary in a climate that is 95 F / 35 C) can only be run by gas bottles attached to a kind of scary looking metal box on the wall.

My mother's room did have an air con unit but it was going to double the price of the room to have it switched on because doing so resulted in needing to fire up a completely separate generator just for that one room.

I didn't notice a single swimming pool on the island and I traveled from end-to-end. Again, don't get me wrong, I have nothing against swimming pools – I love 'em but the reason they are not there is because pool filtration systems require a tremendous amount of electricity to function properly.

Having municipal electricity on-demand is going to change the type of tourist mix interested in coming to Phayam. Once businesses can use as much electric as they (and their customers) wish, you can be assured the amenities offered are going to change dramatically. When this happens, the “other services needed” could change as well... like the introduction of wider roads to accommodate fancier transport. You may recall in part one of this article about how one of the highlights of the island is that the roads are narrow and you rarely see anything other than motorbikes on them. This is one of the things that makes this island so special and I would hate to see that change. However, if someone is paying hundreds of dollars a night to stay in a fancy resort do you really believe they are going to be ok with jumping on a motorbike to get to their hotel? 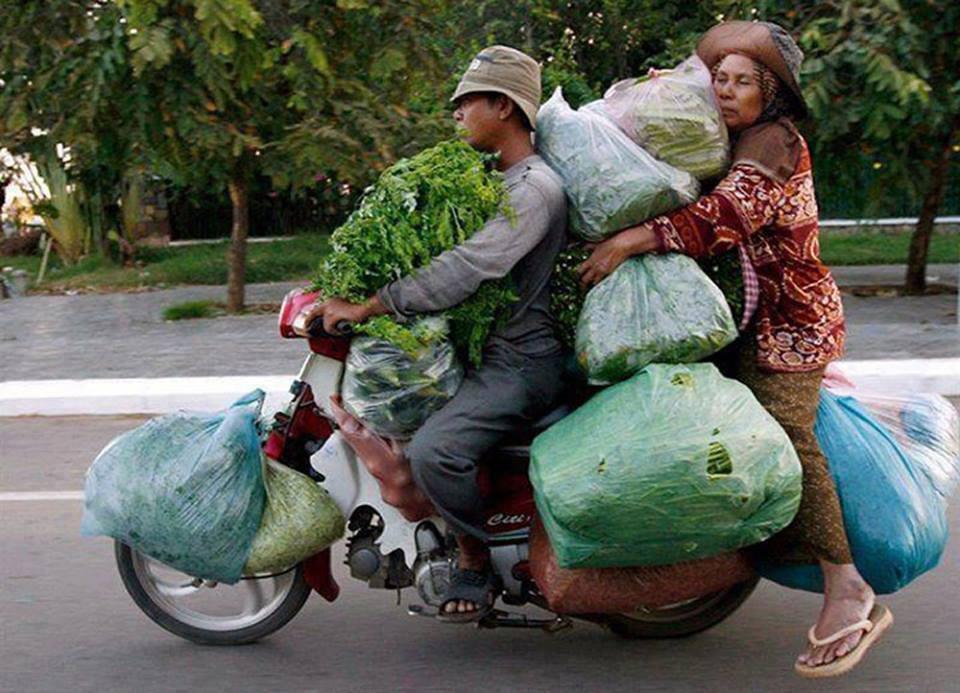 You might be thinking: “so what? There's enough space to accommodate both type of travelers on the island, right?” I would have thought the same years ago but simple supply and demand (with a touch of corporations ruining everything) ensures otherwise. One only need look as far as the aforementioned Phi-Phi Island to realize this. Accommodation is (relatively) expensive there and most of it isn't even very good. I didn't go to Phi Phi pre-2000 but from what I hear, it was a very different place than it is now. Now they have used up all the fresh water and most places actually have ocean water showers. The same ocean water that currently has wastewater pumped into it 24 hours a day (the pipes extend waaaaay out to sea so most people don't notice it!)

Mainland electricity means “high-end customers” and this attracts investors. Smaller bungalow operations don't even own the land – they lease it. This is a very dangerous prospect as all the improvements a leaseholder makes to the land-including permanent structures, no longer belong to you once the lease expires. I was fortunate to get out of this without losing everything and will write about the process in a later article. The place I stayed in Koh Phayam is called Ziggy Stardust and it was simply amazing. 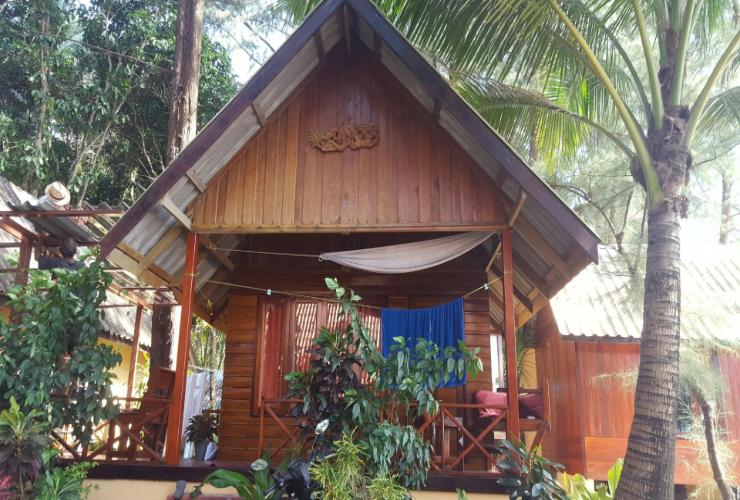 This is a bungalow at Ziggy's... seriously, stay here The beachfront restaurant and bar 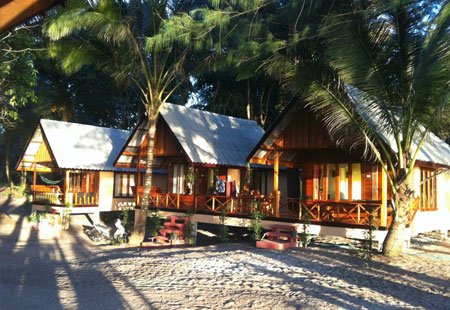 remember, all are around $14

Ziggy's lease their land and will be likely candidates for closure once the tourism landscape changes. When demand starts to exceed supply in the high-end establishments investors remove places like Ziggy's and replace them with a mammoth resort. This happens over and over and over until everything on the island is hundreds of dollars a night or a dorm (yuck.)

One only need to look at Koh Samui, Phi-Phi, or even mainland places like Ao Nang in Krabi (which I live in) and how increased infrastructure completely changed the landscape.

When I first moved here 14 years ago, Ao Nang was just one street with a few restaurants and bars where you could actually hear the waves (now you hear cars.) Accommodation was as cheap as a couple hundred baht a night.

Fast-forward to now where the hotels cost significantly more and extend several miles away from the beach, parking is impossible, and you can't walk more than 10 feet without being solicited for a tour, massage, tailor shop, cabaret show, pictures with a trained monkey, happy hour specials, etc. Also, the waste-water treatment facility doesn't exist and never has so stay away from the south side of the beach because guess what? That river that runs into the sea?.... it's not a river. i have seen kids swimming in this

I think I got a bit off topic. I am having difficulty gathering my thoughts because I find myself getting angry when I think about it too much. I remember being so in awe when I first encountered the sea here years ago. I miss that feeling, I miss that awe. I don't like going to the beach here – which is only 500 meters from my front door- and thinking “meh.”

Despite living in Thailand for nearly 15 years I felt the awe again when staying in Koh Phayam. I genuinely fear that my prediction about its demise will come true. I strongly encourage you to get over there soon. I hope I am wrong but based on what I have seen happen time and time again in Thailand. I fear that I am not. I'll leave you with more stunning pictures of my now favorite island in the world. 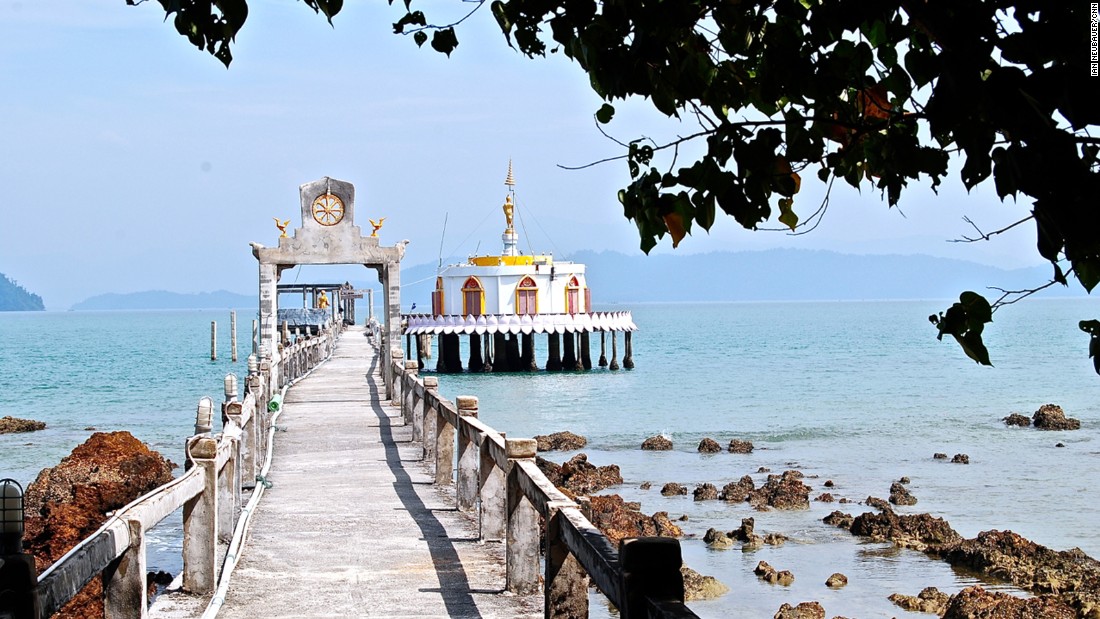 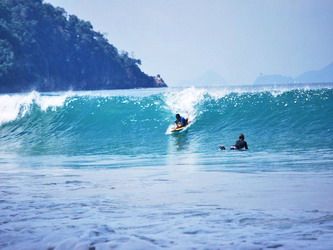 Thanks for reading. As before i encourage feedback and any advice as I am always trying to improve my writing and presentation.

travel thailand steemit life island
2년 전 by gooddream81
$236.43
37 votes
댓글 남기기 11
Authors get paid when people like you upvote their post.If you enjoyed what you read here, create your account today and start earning FREE STEEM!
STEEMKR.COM IS SPONSORED BY

I live in the Caribbean, nobody imagines that there is such a paradise in Thailand, thank you for sharing and helping to discover these beautiful places.

thanks for reading it buddy! I have traveled in the Caribbean in the past. I think your beaches are better than ours with a few exceptions. However, it is much cheaper over here and I think Thailand might win on cuisine :)

if friend can be true, greetings!

Congratulations @gooddream! You have completed some achievement on Steemit and have been rewarded with new badge(s) :

thank you and thanks for reading it :)

Exactly as I remember it. May it stay unchanged forever!!

I have never been in Thailand, but I have heard of Koh Phayam. I learnt most travelers pay visits to Koh Phayam to relive and see the good old Thailand that they remember - well discovered with less pollution. I really hope authorities put the right structures in place to maintain its beauty.