5 beautiful beaches in the Dominican Republic This province is full of places that show an extraordinary potential of natural resources of incalculable scientific value and impressive beauties.

The Executive Power, by decree created in 1983, the National Park of Montecristi; Law 241 declares it in 1984 Tourist Zone; and in 1993, he was created as Fifth Tourist Pole.

In Montecristi, tourism could have a great takeoff since it rains almost no favorable conditions for visitors who go to bathe in its marine waters. Whoever visits the area is in contact with nature, with the crystallized waters and approaching God.

The paradisiacal conditions of the province in the maritime aspect are an attraction for those who wish to come into direct contact with nature, appreciating the best conserved and extensive coral reef barrier and the uniformity of its underwater platform. The beach of Sosúa is one of the most wonderful beaches in the Dominican Republic and is among the main tourist spots of the Caribbean. Sosúa is located on the north coast of the Dominican Republic, just four miles from the Puerto Plata International Airport and 15 minutes from the city of Cabarete, which is the windsurfing capital of the Caribbean. You can find hotels and holiday rentals, seafood, international cuisine, and nightclubs. The beach offers several attractions such as sunning, diving, water skiing, live music. Only 30 years ago, Sosúa was a quiet fishing village where only a hotel worked. Today it has become one of the most important tourist enclaves on the north coast of the Dominican Republic.

Less than 20 minutes by boat, from Playa Grande de Las Galeras, you will find one of the most impressive beaches in the Dominican Republic. Playa Fronton on the eastern edge of the Samaná peninsula. A phenomenal combination of a beautiful beach in front of an impressive cliff, with crystal clear waters and a wide biodiversity. Playa Fronton leaves the breathless who seeks a getaway to an almost virgin environment, where the telephone signal is irrelevant. The paradisiacal Isla Saona is not only one of the largest islands of the Dominican Republic, but after PuntaCana is one of the most visited areas. It is located in front of the well-known tourist province of Altagracia and is part of the Cotubanamá National Park. In the Saona have also been identified species of sea turtles including loggerhead, hawksbill, green turtle and tinglar. Among the birds you can see seagulls, waders, pigeons, and the green parrot, which is in danger of extinction. Other fascinating animals such as the rhinoceros iguana, the manatee, the dolphin and the fisherman bat are also part of the inhabitants of the island. Departing from Bayahibe and passing the Canauca Catuano, you will reach Isla Saona, where the most popular excursion of tourists visiting the area takes place. Isla Saona is part of the Cotubanamá National Park and was selected as one of the best dream beaches in the Caribbean by the magazine "Caribbean Travel & Life". Its pristine beaches, lush palm trees and turquoise waters make it one of the most charming regions of the Dominican Republic. Barahona, located in the southwestern part of the Dominican Republic, 190 kilometers from Santo Domingo, Barahona has an impressive vegetation, as no other town in the south has. It is the owner of the most beautiful coastal areas of the country and it is the only place where beaches, mountains and rivers come together, forming a perfect combination for unforgettable moments. 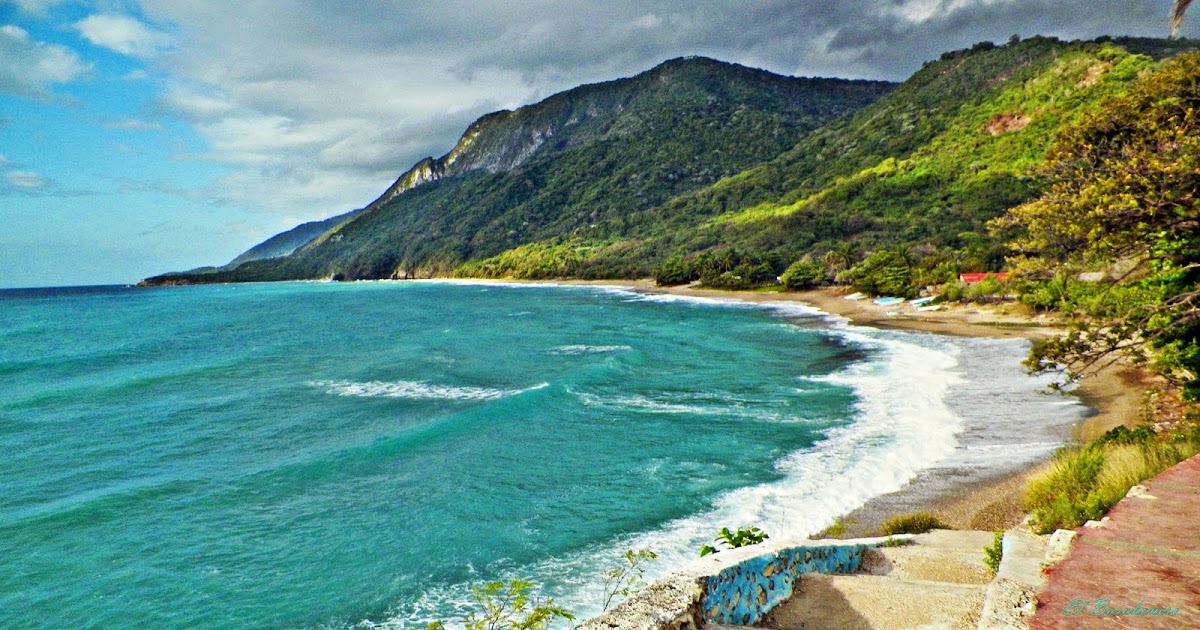 Still remain virgin beaches, rivers and mountains, which although visited by many Dominican and foreign citizens, still what remains to be discovered is much.

Barahona owns a beautiful beach called Quemaíto, named after the warmth of its waters and soft gravel. It is located about 10 kilometers from the city and is approximately two kilometers long. Like most of the beaches in this area, it is jealously covered by an immense green mountain and, on the margin, a beautiful coconut grove.

Don't forget to upvote if you liked the post, follow me for more travel blogs and leave a comment to let me know what you think!
⠀

travel dominicanrepublic beach lifestyle photography
2년 전 by jeremydils30
$0.03
2 votes
댓글 남기기 1
Authors get paid when people like you upvote their post.If you enjoyed what you read here, create your account today and start earning FREE STEEM!
STEEMKR.COM IS SPONSORED BY

Beautiful natural landscape. It's amazing to ask who saw it, thank you for sharing.