BoldspiritRecommends: “Bicing” (bike sharing system) in Barcelona aka life on a bike is better! 😉 💪🏻 😁

Hey guys! If you have read those few lines next to my profile photo you know that I enjoy being active. So obviously I like to use bikes as a mean of transportation. Therefore my today’s post will be about Barcelona’s system of public bikes that are waiting to be rented by locals. 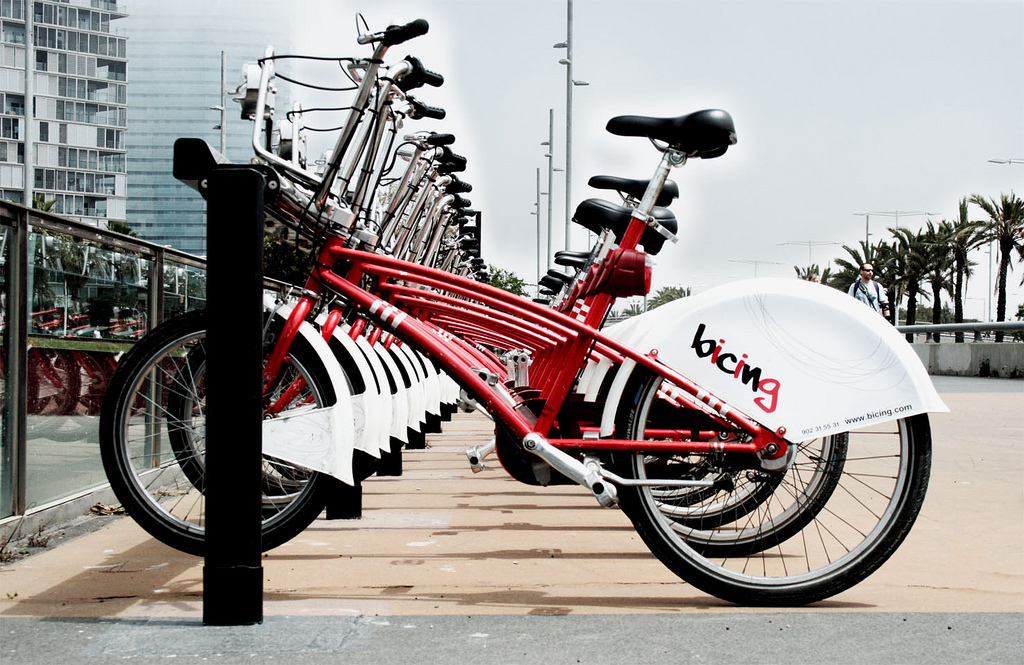 I have written about the event called "Ciklovia" that takes place each Sunday in Bogota (in Colombia) when major streets are closed for car traffic! If you want to know more, here's the link: BoldspiritTravels on a budget: “CICLOVÍA” - when bikes take over the city! Weekly! 😍 💪🏻 Bogota (Colombia)[Solo backpacking on a budget in Latin America].

"Bicing" is another idea how to promote a healthy lifestyle among residents. The idea behind it is to provide bicycles in stands (almost 500) all over the city of Barcelona (for a yearly fee) so the residents can use them instead of public transport or cars. And trust me, there are in constant use! Yeah! 💪🏻 😍

There are hundreds of stands all over the city, including those just in front of the most important touristic attractions. Some may argue that it ruins the overall view. To me, it is a clear indication that a local government tries to improve the quality of life of its residents! The problem in Barcelona is that you have to pay attention to your belongings. I was never mugged, but yes, my bike has been already stolen a few months ago! 😤 What’s even worst, it was a bicycle that I borrowed from a friend! 😔 I felt like I abused his kindness and trust. 😔 And guess what, at the police station I was informed that this is nothing unusual! 😤After that event, I started to watch other cyclists and I’ve noticed that people who ride their own bikes use two or even more locks! One for the frame, and the other/others for wheels, sometimes even one additional for a saddle! It sounds bizarre and absurd, doesn’t it?

This is why I am such a big fan of "Bicing". It allows you rent a bike and use it for a certain amount of time. All you need to do is to be a resident of Barcelona and pay a little less than 50 E as a yearly fee. You receive a card that allows you to join the program, thus after activation, you are ready to go! You can use the bike for 30 minutes if you want to ride for free. All you have to do is to return it at the “bicing” station. And there are so many of them across the city (almost 500!)! If you need your bike for a longer ride you can use it up to 2 hours, for a small fee. 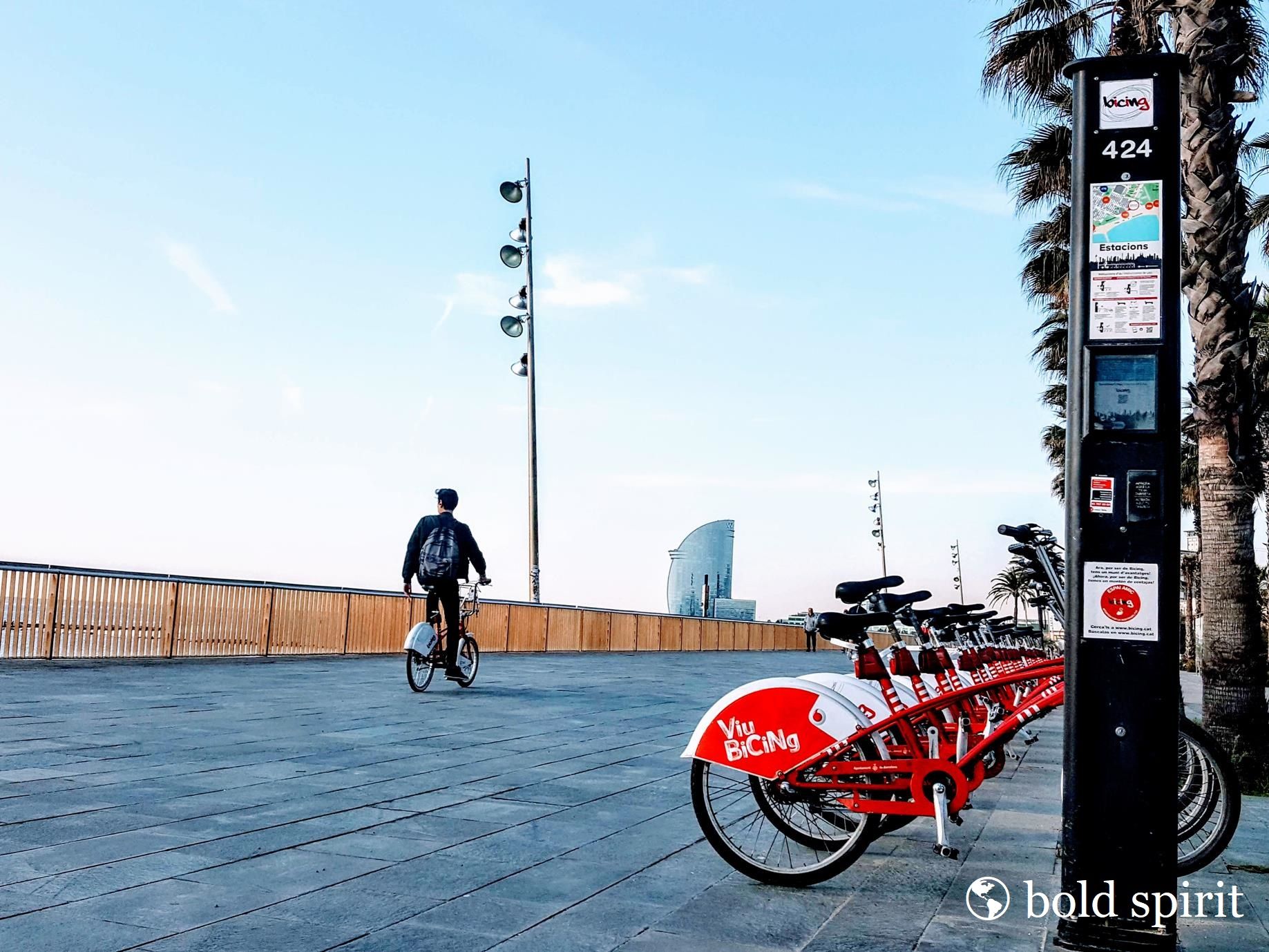 It was established in 2007, so it functions for more than 10 years already! I know that bike sharing systems are the more and more present in other big cities. In general, the rules are more or less similar, with maybe a different approach to the fees. The next, or should I say, simultaneous, step is to provide bicycle paths that ensure the safety of bikes’ users. Thank you for being here with me. I hope until next time!
Pura Vida and enjoy your journey! 💛

travel life culture lifestyle health
3년 전 by k-a-s-i-a67
$125.67
68 votes
댓글 남기기 16
Authors get paid when people like you upvote their post.If you enjoyed what you read here, create your account today and start earning FREE STEEM!
STEEMKR.COM IS SPONSORED BY

I ABSOLUTELY LOVE Barcelona! My girlfriend and I were there in 2015 and it was amazing! Minus the fact that someone tried to pickpocket me while I was there but I didn't let that detract from how awesome the vacation was! (I'm sure I stuck out like a sore thumb and had TOURIST written across my forehead haha)

that cool does bike are fast right

Seattle has been working with a few companies doing similar things!

it looks fashionable.but I need to share the same thing happened in China:we use smart phone to download app to open bikes,wherever you are you just lock it after you rode.The fee is about 0.5~1.0RMB/one time.

Yep...Seattle has ofo, lime bike and one other I think....and the city doesn't have designated spaces....you just leave it wherever

Barcelona is definitely in my books. Thanks for the post. Are the people very bike friendly? because in some countries bikers are frowned upon as they are deemed dangerous to pedestrians

Seattle certainly has reputation of being anti-car... we're very bike friendly I'd say...

Wow..its good news for bike riders..hope it will be in Indonesia, I think ride cycle make our heart healthy and destroy air polution..

Dude yes!!! I don't want to go back to the states (unless it's Oregon) because you need a car there and I don't want a car, I only want a bike! High 5 to bike life!

Excellent topic @ k-a-s-i-a. Nothing more healthy than "bicing", besides enjoying the surroundings so pleasantly. Very surely with the energy crises that we face, more and more cities will join these facilities.

I love posts about Barcelona because it's my sons dream to go play soccer for Barcelona, so that is his dream to move there and so because we have never been there, YET, I love learning about it and seeing the beautiful picture.
Would love to go for a bike ride like that in Barcelona since I also love being active and nature.
Thanks for sharing @k-a-s-i-a

This is so cool. There's such a unique culture in Colombia..

Hello friend @k-a-s-s-i-a, wonderful activity a very complete sport, you know my father-in-law practiced it as a sport discipline and it was very good according to what my husband tells me, I would like to practice it, but here the roads are not made for the activity and are very dangerous. Happiness always

nice we have this in Victoria, BC as well