Grand statue of Lord Shiva in Rishikesh, Haridwar_God of Destruction

Lord Shiva is one of Hinduism’s great figures, one of the Trimurti (along with Brahma and Vishnu). It was through Shiva’s locks that Ganga descended to earth. 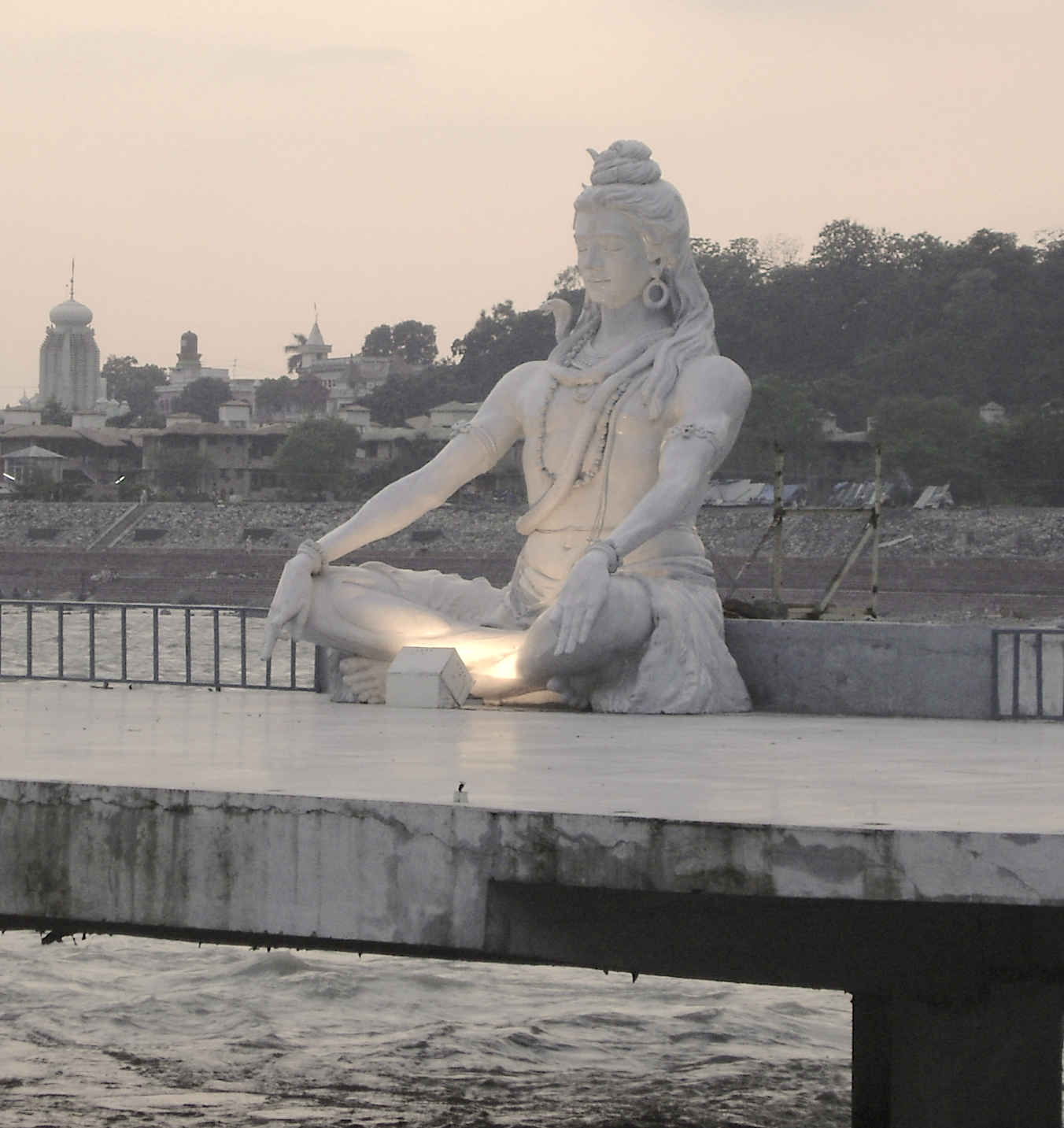 As story goes, there was a king named Sagara who had sixty thousand sons. As a part of ritual there was to be a horse, which was stolen by the jealous God, Indra. Sagara's sons went on search of the horse and found him in pataal * next to a sage Kapil who was meditating. The horse was tied by Lord Indra(the king of Swarg) beside the sage.

The sons believed that the sage had stolen the horse and they started insulting him. This broke the concentration of sage (who was for years) and as he opened his eyes. As he opened his eyes, all sixty thousand were burnt to death. This also led to sons of Sagara to wandered as ghosts since their final rites had not been performed.

For the moksha of all the sons of Sagar, Anshuman(nephew of those 60,000 sons) started to pray Brahma to bring Ganga to the earth till the end of his life, but was not successful. Then his son Dilip did the same but did not succeed. When Bhagiratha, one of the descendants of Sagara, son of Dilip, learnt of this fate, he vowed to bring Ganga down to Earth so that her waters could cleanse their souls and release them to heaven.

Bhagiratha prayed to Brahma that Ganga comes down to Earth. Brahma agreed and he ordered Ganga to go down to the Earth and then on to the nether regions so that the souls of Bhagiratha's ancestors would be able to go to heaven. Ganga felt that this was insulting and decided to sweep the whole Earth away as she fell from the heavens. Alarmed, Bhagiratha prayed to Shiva that he break up Ganga's descent.

Ganga arrogantly fell on Shiva's head. But Shiva calmly trapped her in his hair and let her out in small streams. The touch of Shiva further sanctified Ganga. As Ganga traveled to the nether-worlds, she created a different stream to remain on Earth to help purify unfortunate souls there. She is the only river to follow from all the three worlds – Swarga (heaven), Prithvi (Earth) and Patala (netherworld or hell). This is called Tripathagā(one who travels the three worlds) in Sanskrit language.

Because of Bhagiratha's efforts, Ganga descended to Earth and hence the river is also known as Bhagirathi and the term Bhagirath prayatna is used to describe valiant efforts or difficult achievements. There is a grand statue of Lord Shiva on the bank of the Ganges in Rishikesh is the major tourist attraction of city. Its is situated in front of Parmarth Niketan Ashram, Rishikesh and Ganga Aarti is held every evening in front of the statue. These are few images I captured in my trip there few years back.

As mythology goes, there are various points making him unique, exremely gullibe, yet forceful and strong. The Himalayan mountain range is supposed to be Abode of Shiva. he is known as god of destruction, on ewho creates, protects and transforms. 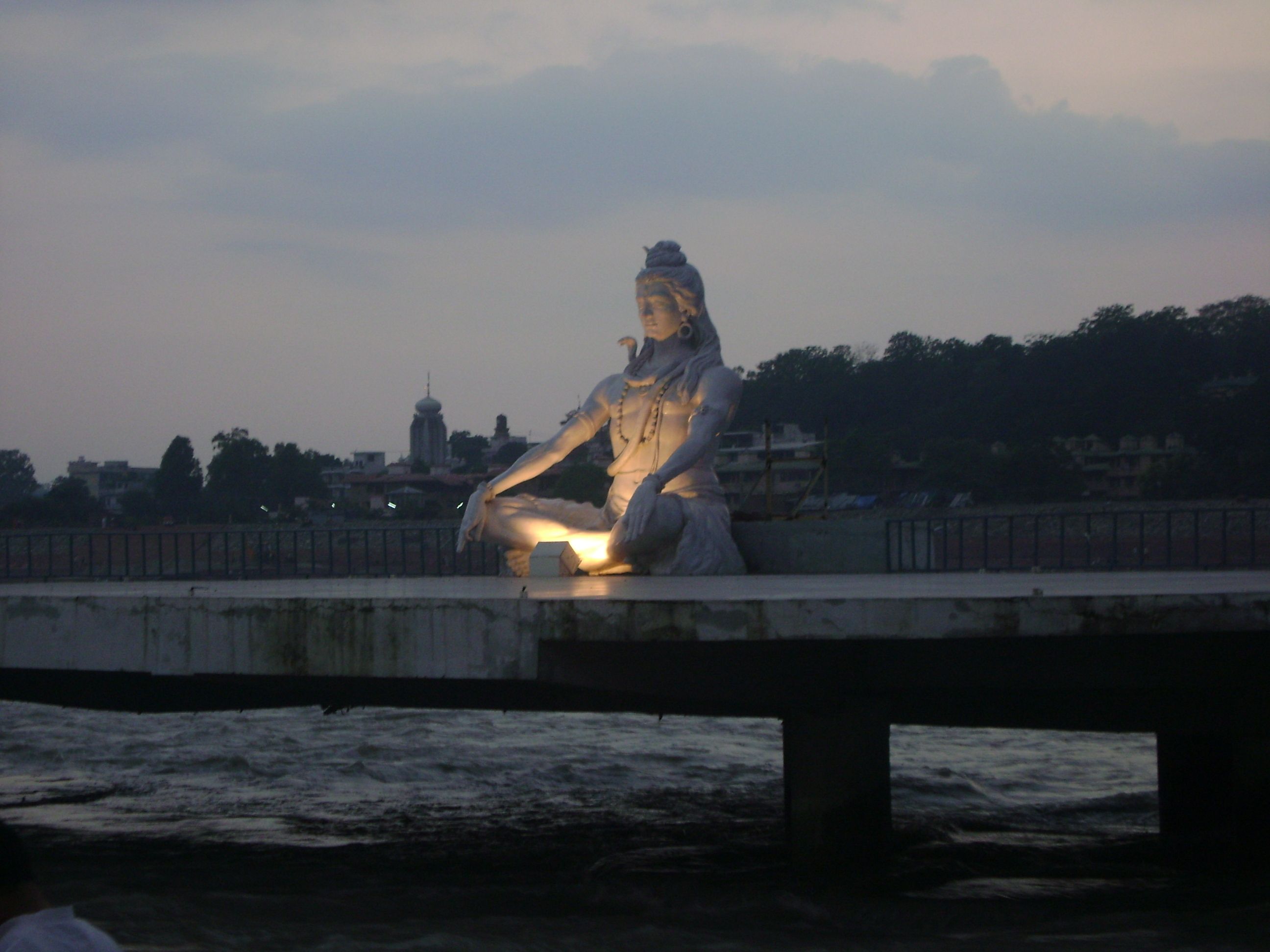 I would however not consider this post completed and would keep editing it as he is a very vast subject.

travel mythology photography
3년 전 by resfeber29
$0.00
3 votes
댓글 남기기 2
Authors get paid when people like you upvote their post.If you enjoyed what you read here, create your account today and start earning FREE STEEM!
STEEMKR.COM IS SPONSORED BY