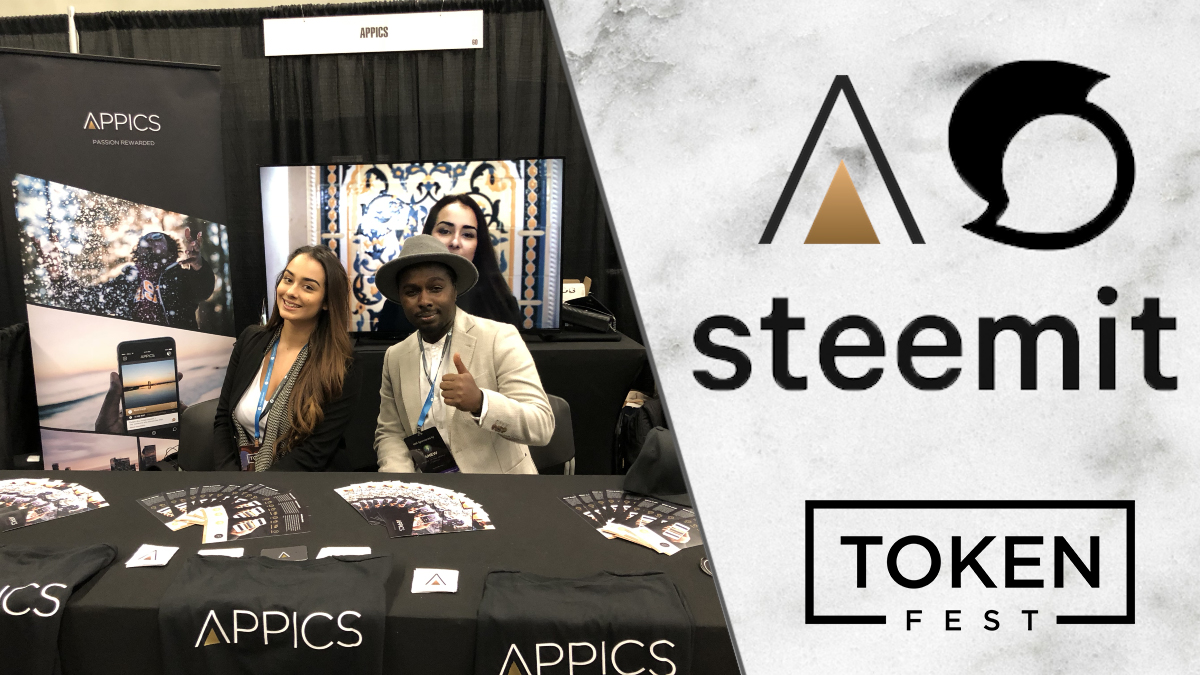 We've been on Tour with the APPICS team for several months now, sharing our vision and representing our project on different conferences and events.

After Mauritius, Thailand, Switzerland and Dubai, we have now arrived in the United States! 🇺🇸

We have come to San Francisco to attend the conference TOKENFEST.

TokenFest was a two-day networking event held on march 15 and 16, focusing on "the business and technology of tokenization".
A lot of crypto companies were preresented there, for example Steemit, Dash, Qtum, Consensys and more.
Of course, we had our own APPICS booth in the exhibition hall as well!

Since we're all artists / dancers, we decided to shoot this fun video at the conference.

Check out this video of us DANCING through TOKENFEST! In the exhibition hall, we had our own APPICS booth fully decked out with a TV, our official video playing in the background, a roll-up poster, flyers, t-shirts and more merchandise.
We had so many people stop by who were interested in the concept of APPICS, and received lots of positive feedback.

Everybody is excited about SMT and APPICS - they wanted to download the app right away!

Thanks to everyone who dropped by our booth and chatted to us.
We made lots of interesting connections and networking contacts.

Apart from our booth, COO Uma also had 2 speeches on stage.
First, she introduced the audience to our app in the tech demo, showing how the user experience could work.
Then, she also represented APPICS at the women in blockchain panel on the main stage. 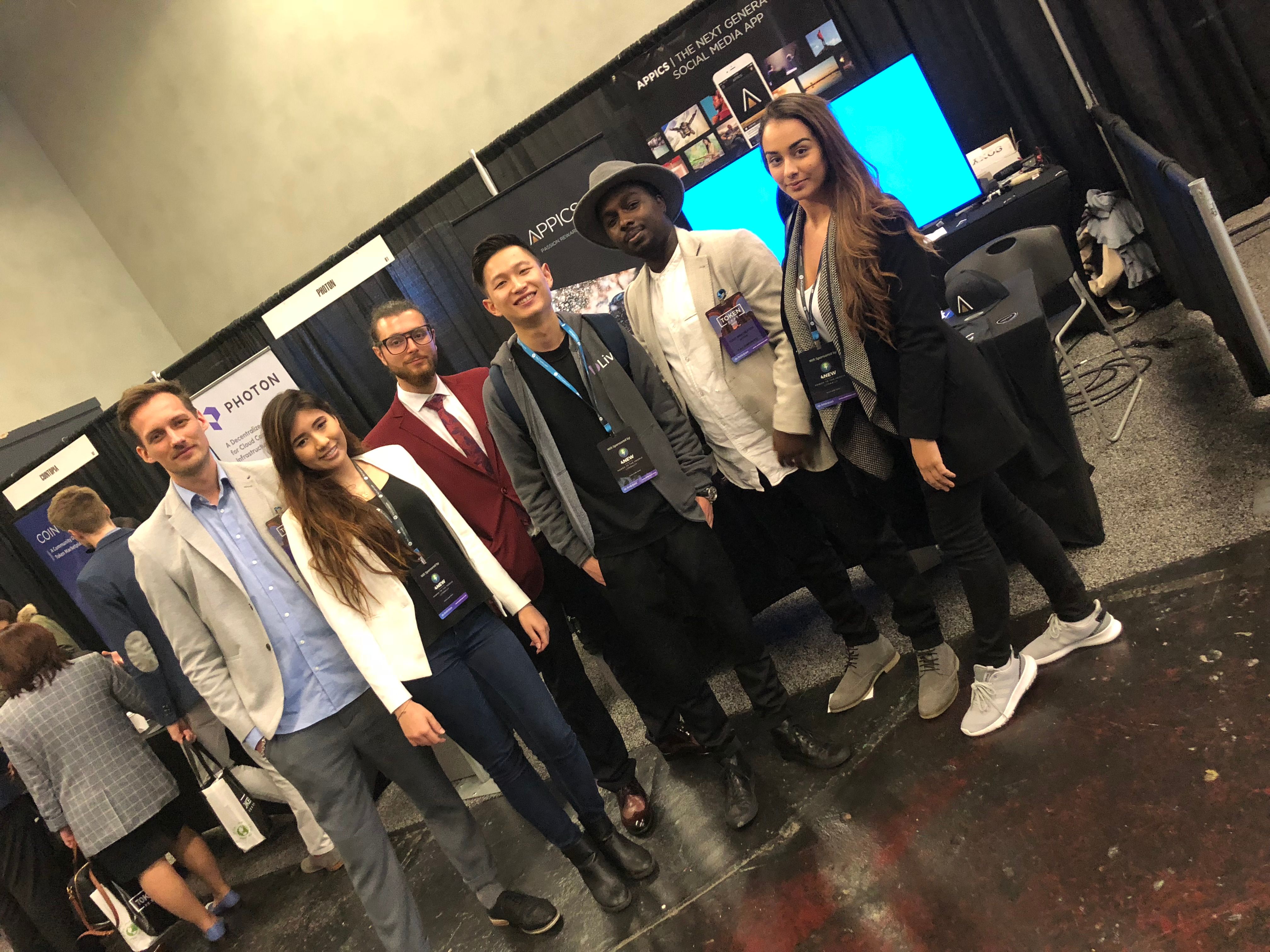 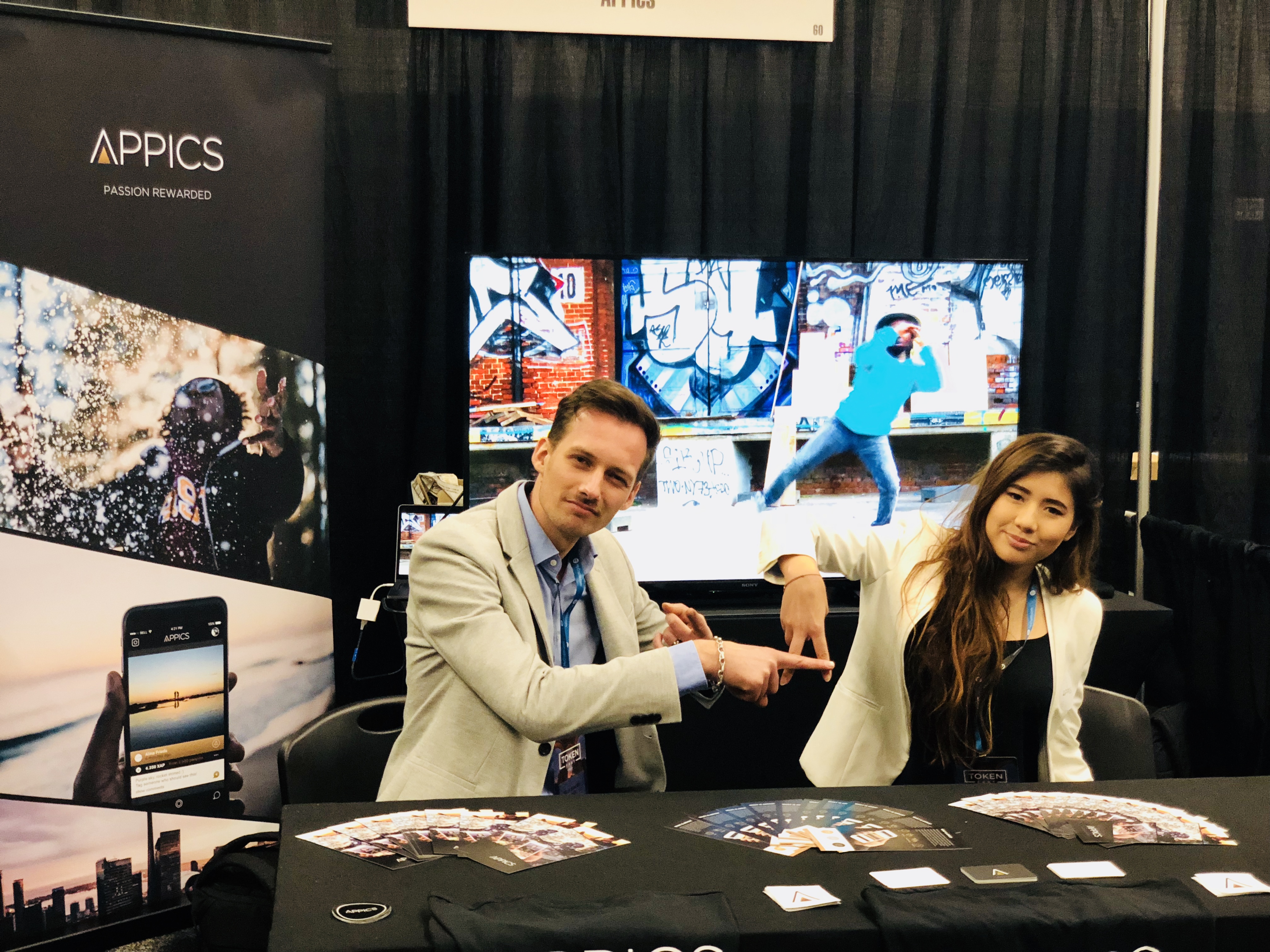 The conference was held at the beautiful Palace of Fine Arts Theater at the coast in San Francisco.

The venue features a beautiful outside pavillion with huge roman pillars, as well as a lake and recreational area.
It was constructed for the 1915 Panama Pacific International Exposition (PPIE) , and inspired by roman-style ruins.

Inside, there is a huge exhibition hall as well as the historic Amphitheater where the speeches took place. 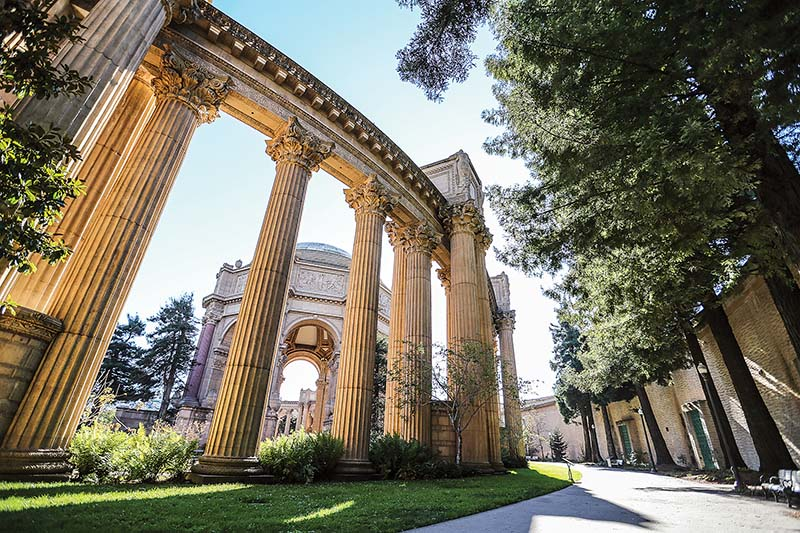 As you can see in the DTube video at the top of this post, the APPICS team of course had to make the most of this beautiful venue and film some dance moves there!

We had an amazing time at TokenFest - thanks again to everyone who chatted with us or stopped by our booth.

We connected with so many interesting personalities in the crypto space, and it was great to meet all of you!

Now the APPICS tour continues - we will be leaving San Francisco and meeting our US-based team in southern california later this week! 🇺🇸

Join the APPICS Movement on Telegram!

travel art cryptocurrency dtube life
2년 전 by sirwinchester75
$8.16
99 votes
댓글 남기기 17
Authors get paid when people like you upvote their post.If you enjoyed what you read here, create your account today and start earning FREE STEEM!
STEEMKR.COM IS SPONSORED BY

It's quite amazing but I've been meaning to ask, will the appics tour include Africa? Because despite popular belief Africans are not oblivious of the blockchain technology

Hi @molokwu!
Yes I know that, we actually have quite an active community in Nigeria as well. For now, we will be in the US and later on in Asia, so we haven't planned to come to Africa yet but would definitely love to.

I'll be waiting for whenever the train comes this way. I'm a Nigerian by the way

wow, must be fun...would have like to attend this token fest....one of these day I will make to one of the meet ups in U.S.

Yes that would be awesome! It's great connecting to so many like-minded people!

excellent review @sirwinchester, is a very good the APPICS project , you are a great enthusiast and deserves all the success, thanks for sharing such good ideas, I think it is a great video that has played with your team, have a good week, I invite you to give a look at my recent post, I made my first video on Dtube, I would like to know your opinion about it. Cheers.

Thank you very much, glad you enjoyed the post!

great post sir.
@princepr is a big fan of you sir.

I don't doubt that the appics will succeed.
Cheer up.

It was Amazing, I hope more of application of based steem Blockchain precent in the next, It will be easy to the world to promoted crypto as the digital token that used for payment, Thanks for sharing very useful information followed @appics now on steemit and greeting from Aceh sumatra Indonesia.

You ALL look very happy and having fun!