Longing for snow: Photos from the San Juan Stage Race

So as I mentioned in my intro, once upon a time I spent a while working with sled dogs and guiding dogsled tours.

I have recently been going through some of my old photos, and it's very rainy in PDX right now so I'm missing the snow! so I thought I'd post a few of my photos from a dogsled race that my old mushing crew put on. This was in the San Juan mountains in southeast Colorado, near Mesa Verde National Monument. (Wait... Mesa Verde is in the desert, right? sandstone cliffs and cactuses? yup. same place! This race is held only 30 miles from the monument) the race is was called the San Juan Stage Race. These photos are from one of the stages, held in the La Plata range, which is just south of where the recent movie Hateful Eight was filmed.

I spent the duration of the race helping out at the start and finish, and then took a loaner snowmobile out to trail the teams and photograph them. The race was a 20 mile loop up over an 11,000 ft pass and back. The pass is basically wilderness, there were virtually no spectators (except me) anywhere along the trail of the race.

For those who are not familiar with dogsledding, I've included a few photos to illustrate how amped up the dogs get. It's important to know that although they look stressed, it's sheer excitement. They LOVE running and they are so eager to get to it that a full team of 12 dogs all tugging to go could almost rip the bumper off a truck! The dogs are incredible athletes, and once they get going some of these teams kept up a 15-20 miles an hour for the duration of the race, during which time they will make a 4,000 ft elevation gain in less than ten miles.

I miss those days, most especially that magic feeling you get when you're breezing along at 20 miles an hour with no sound but the quiet puffs of the dogs panting, 48 feet padding along quietly, and the sssssssssss of the sled runners on the snow...

*All of these images are my own.

On to the photos! Before we get to the beautiful snowscapes, I thought I'd let you see that mushing isn't all beautiful and glorious! The staging area behind the starting line is a mess of muddy ice. 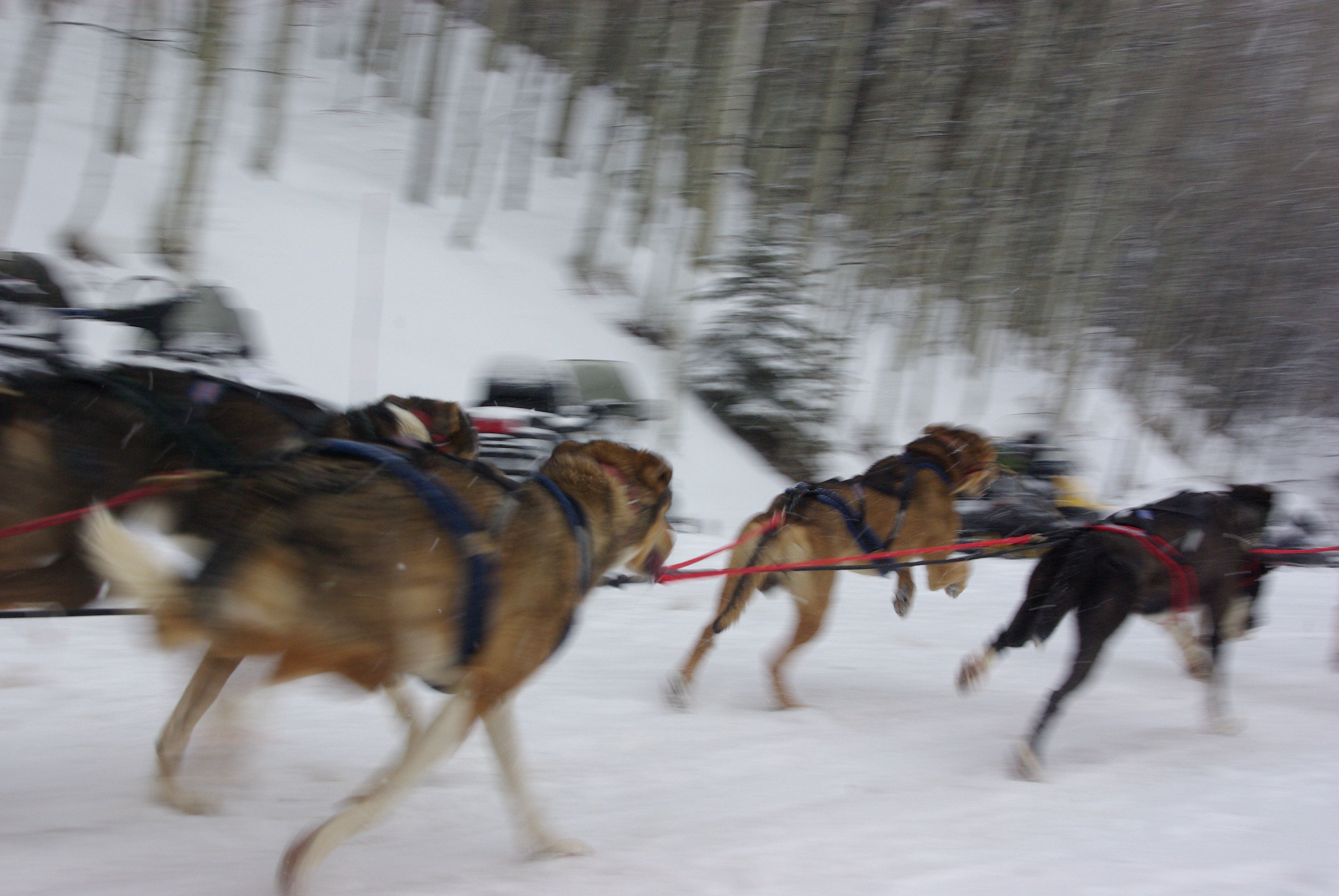 High-energy takeoff from the gate Look how excited they get. 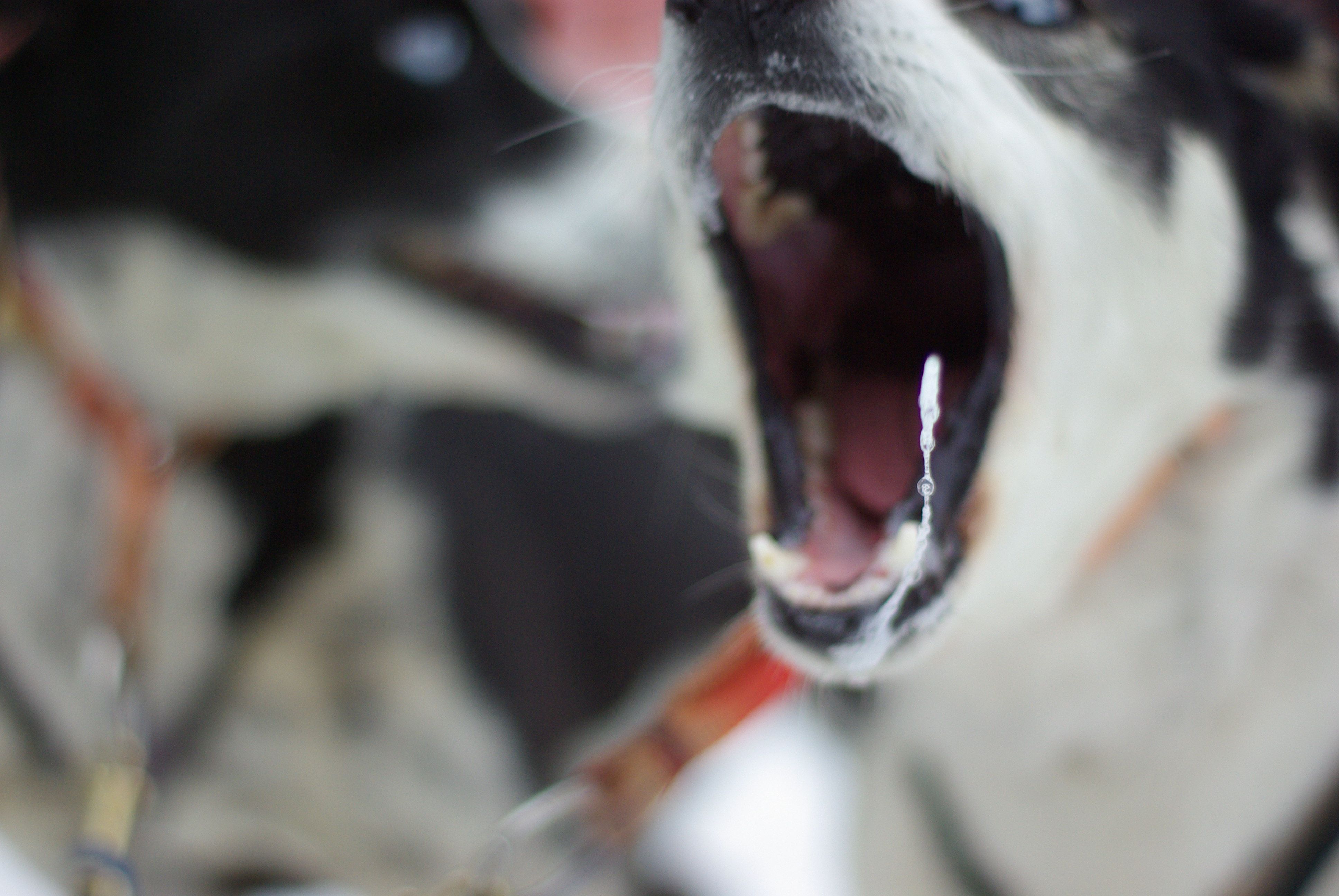 This is Header, one of the dogs on my kennel's team, going berzerk. her sister Perlin in the background. There's Mesa Verde in the background 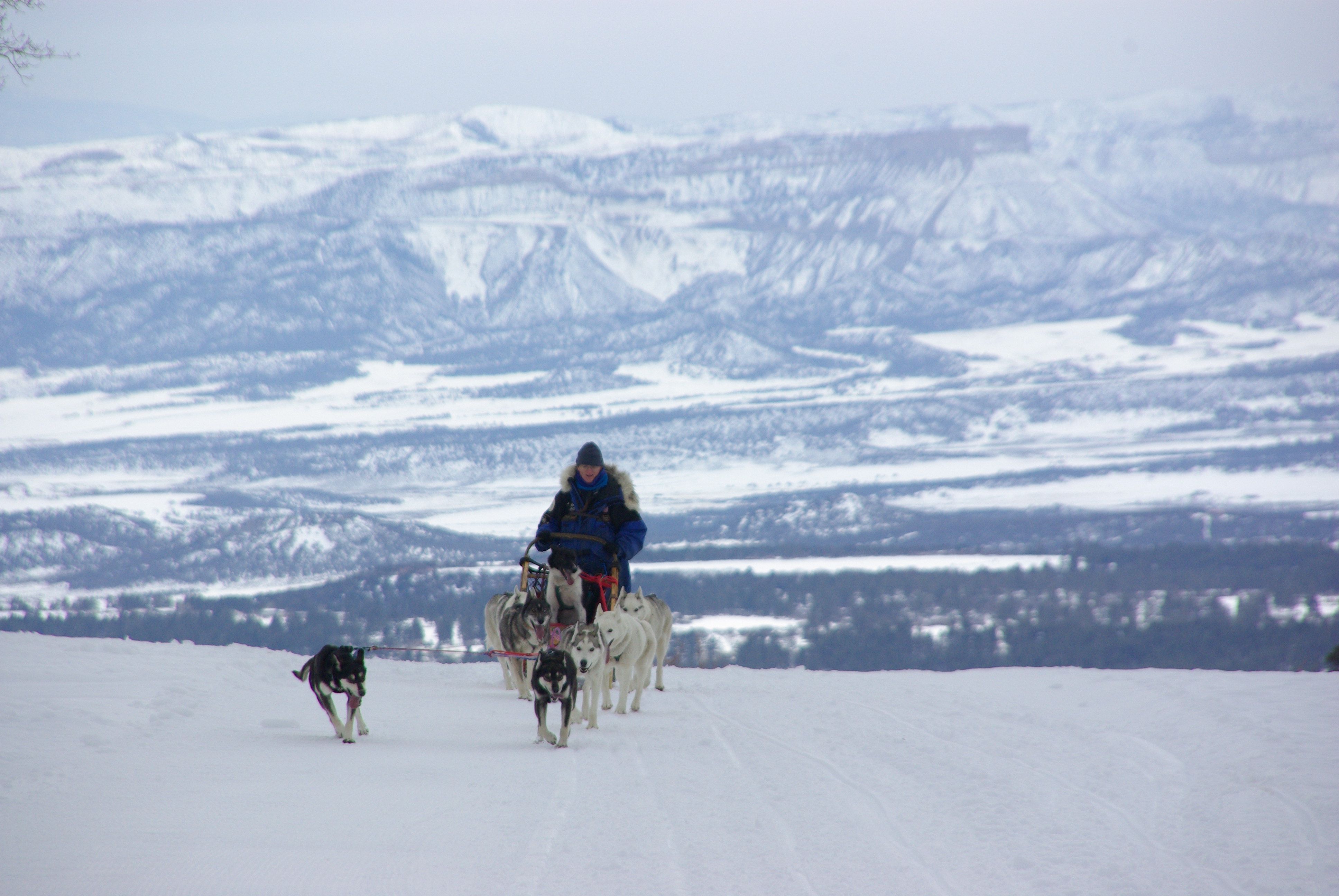 Still Mesa Verde in the background 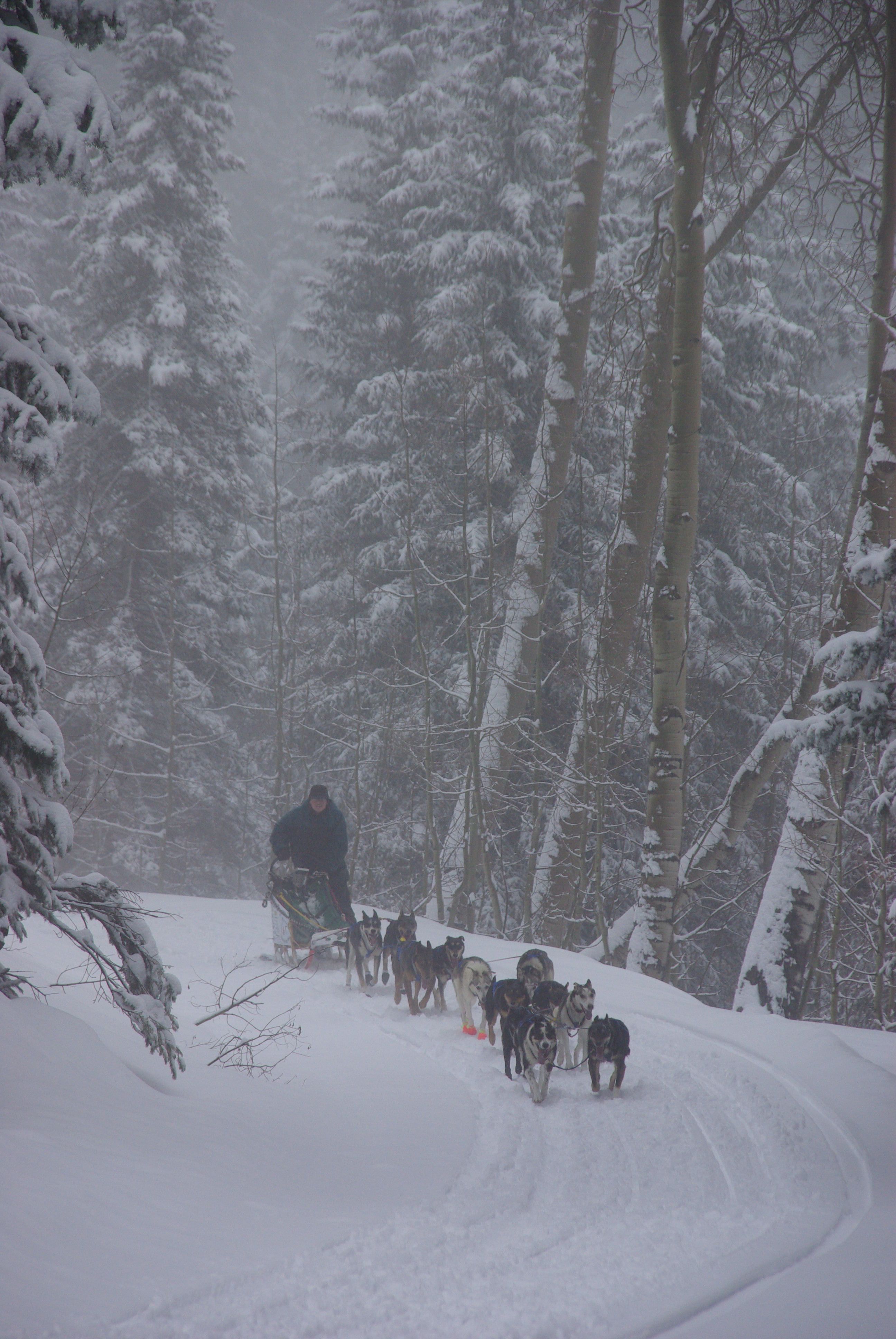 Getting up in elevation where the snow is deeper 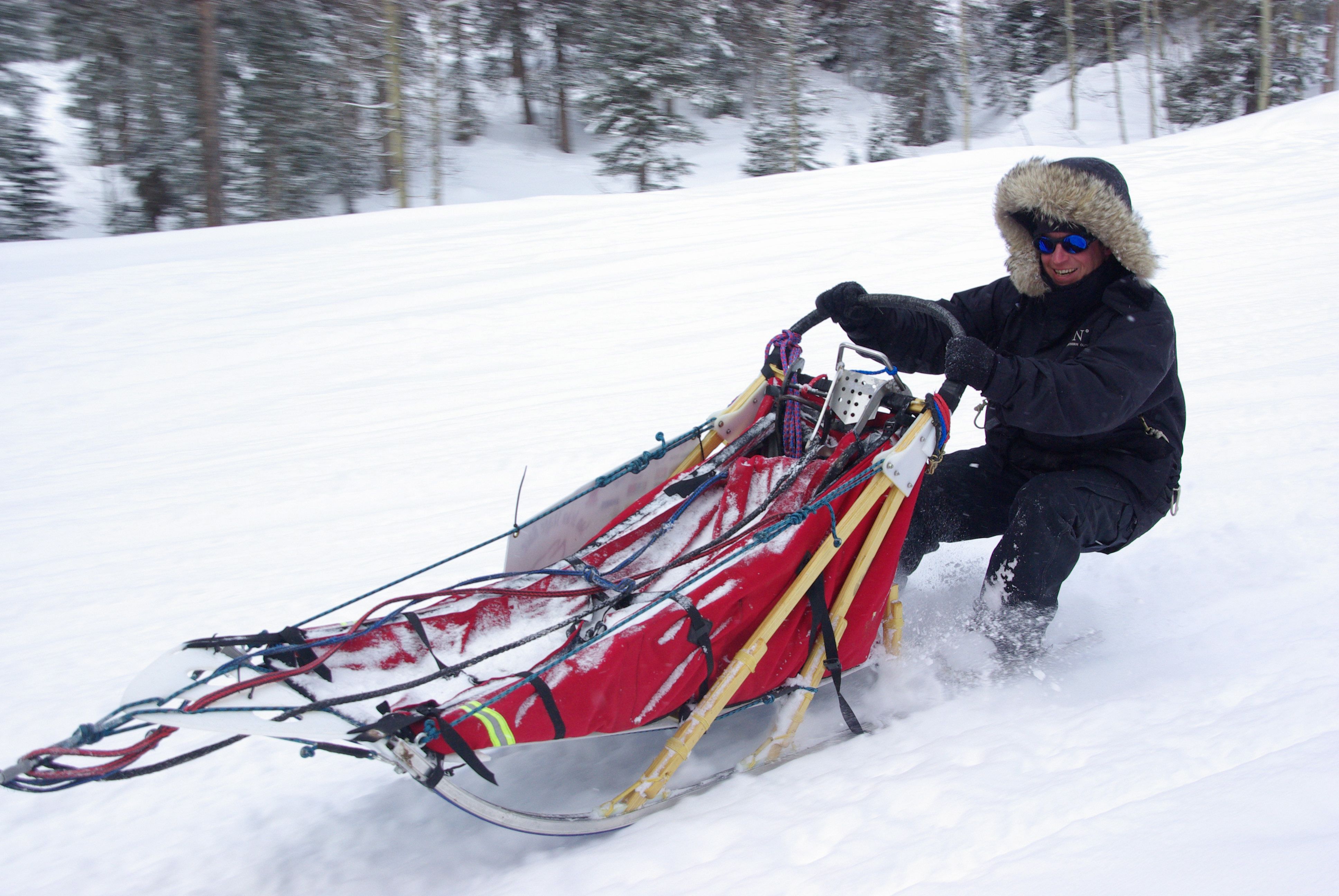 Taking a tight turn with some speed! 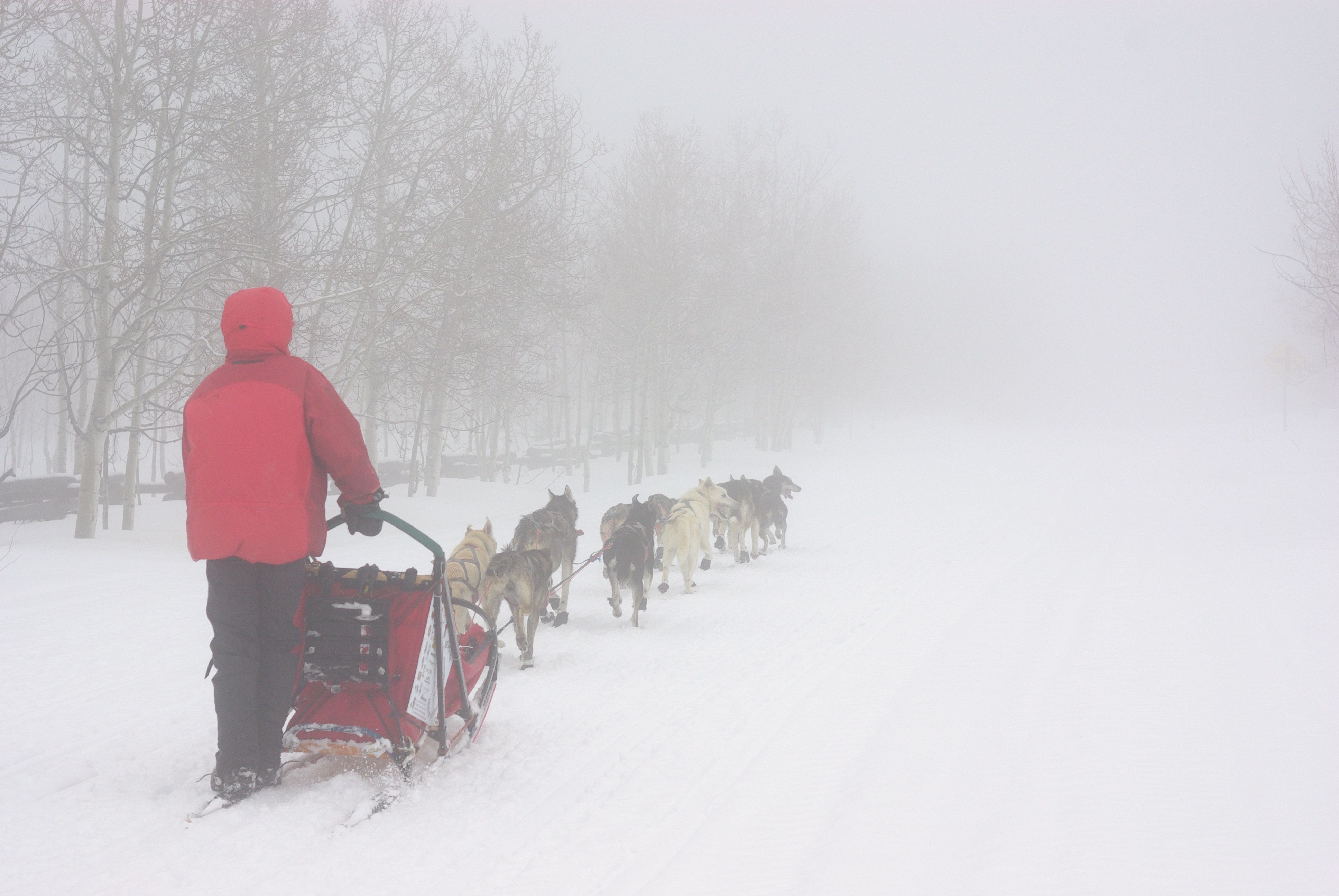 See you next time
travel photography adventure life animals
4년 전 by taddeus47
$36.67
15 votes
댓글 남기기 9
Authors get paid when people like you upvote their post.If you enjoyed what you read here, create your account today and start earning FREE STEEM!
STEEMKR.COM IS SPONSORED BY

Relieving old memories is not bad especially when it was with man's best friend. Dogs got you! Lolzzz

Your post brought back some beautiful memories of a week long mushing course we took in Norway about 4 years ago. Those dogs are amazing! When we get ready to setup for the day, all the dogs are barking, yelping & howling - they all want to be picked to be hooked up to the sled. We would first have to hitch up the back 4 dogs before getting ready to hook up the most active 2 lead dogs. As soon as the main brake is released, the dogs are off! The speeds that can be reached are astounding. We usually set off at about 10am & got back about 3pm before it got dark.

We have done several other dog sled tours since in Finland. All inspired by our red Husky that sadly passed away 2 years ago.

That's my favorite moment, when all the harnessing is done and the brake is released and the cacophony of howling and barking is over in an instant as the dogs put all they have into just going. the transition from loudly being on the ground to suddenly, silently flying over the snow is so amazing! And boy - if you think 6 dogs is fast, try 16! managing corners with a string that long can be harrowing, though, especially since they have enough power to cause serious damage if the wheel dogs, the sled, or you get caught on anything. We had over 30 dogs in our kennel so in the lead-up to the season we would train strings of 16 with a big ATV.

glad I could stir some fond memories! I think everyone should get a chance to experience it, it's magical.

You got a 7.36% upvote from @postpromoter courtesy of @taddeus! Want to promote your posts too? Check out the Steem Bot Tracker website for more info. If you would like to support development of @postpromoter and the bot tracker please vote for @yabapmatt for witness!

Wow that shot of the dog, focused on its saliva, is absolutely breathtaking. Nice work!

thanks, one of my favorites too.

Wow! What a great post. I have always loved watching the coverage of the Iditarod. Watched a really compelling documentary, wish I could remember the title. It's so clear that those dogs love it. I often see huskies around my neck of the woods and wonder if their owners are able to fulfill the spirit they have in them. Your pictures were spectacular and totally captured the energy. Thank you for sharing.

Awesome photos, babe! Not so easy to get with fast moving subjects, but you've done a stellar job. More, please!