Here is everything I started out with on my around the world trip. It ended before expected, didn't do as planned, and was better than expected and not as good as planned.

The head lamp was never used, the gopro was rarely used, the harness thingy for it was never used. One pair of hiking pants that were zip off pant short things were worn once. The jeans were worn and necessary but rarely, the antibiotics were thrown away after I returned home, and some of the other stuff was lost or worn out. I remember the black t-shirt being thrown out for wear and tear and a younger model, cooler t-shirt was put in the mix, I lost that. I lost some beloved clothing along the way. What a trip. 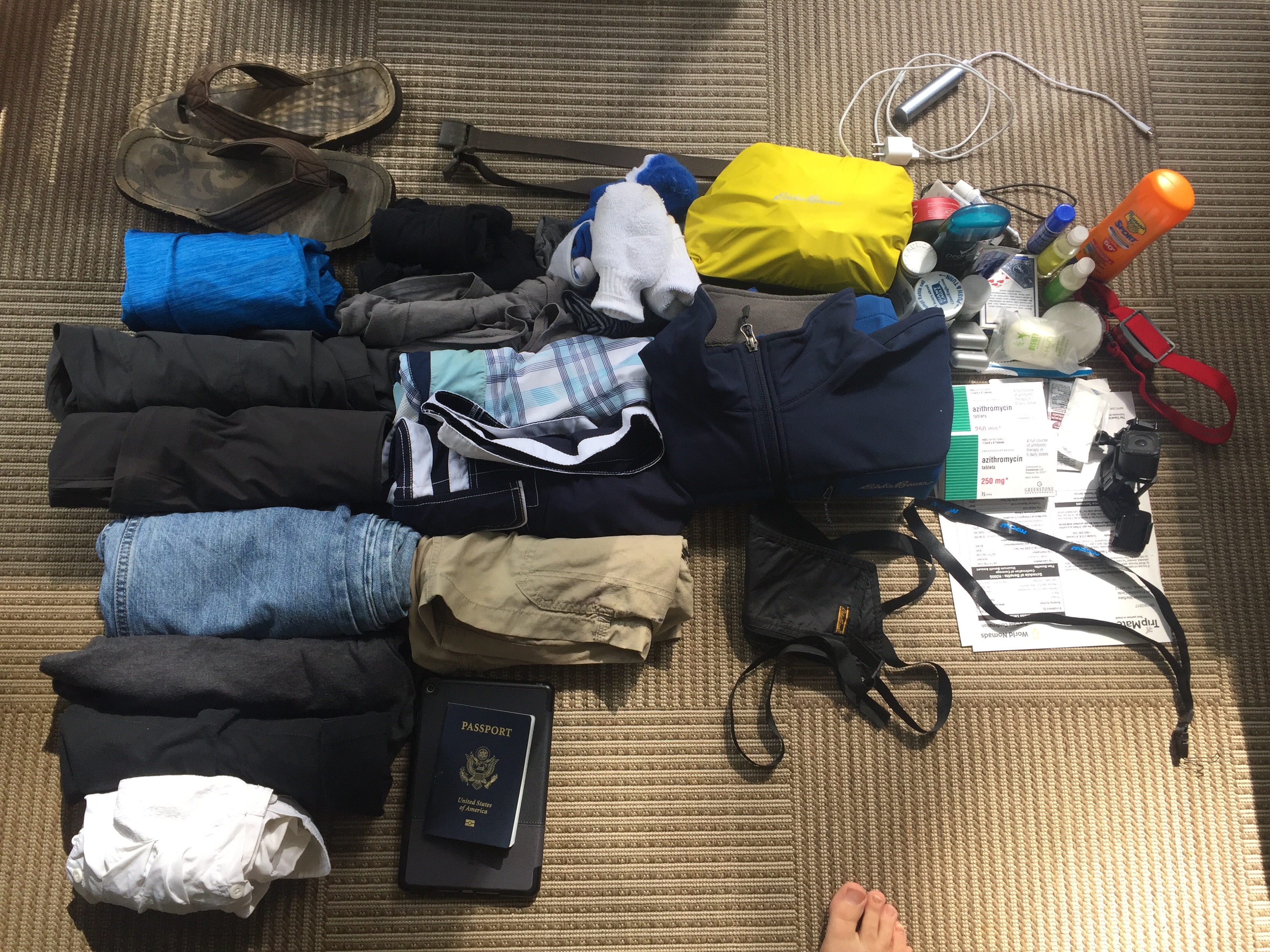 travel writing
2년 전 by travelman60
$0.07
6 votes
댓글 남기기 1
Authors get paid when people like you upvote their post.If you enjoyed what you read here, create your account today and start earning FREE STEEM!
STEEMKR.COM IS SPONSORED BY