Motorcycle Travel Series by @velimir 'Trains Will Be Trains' (Part #306) 'Trains Will Be Trains'

Trains always evoke a specific feeling for me. Especially old trains. It would best be described as a wonder of travel mixed with nostalgia. I still didn't figure as to why or precisely defined it but its there. When the railroad was first invented, it changed the world. Transport of goods and people became much safer and faster. The steam engine used to propel first models was a big game changer. It set off the industrial age. Looking at this old lady here, I cannot omit to notice the level of quality and the keen eye for details which people had back then. It is so obvious that it was made to last as if it was meant to be serving people for centuries. Looking inside of the driver cabin make me want to climb and fire up that steam. Just an urge. Cannot tell why. On the other hand, maybe I would prefer to sot in the passenger's car and let it take me somewhere far away. I'd look through the window for a while and then cosily dose off. travel photography life trains adsactly
3년 전 by velimir78
$276.31
332 votes
댓글 남기기 24
Authors get paid when people like you upvote their post.If you enjoyed what you read here, create your account today and start earning FREE STEEM!
STEEMKR.COM IS SPONSORED BY

Wow beautiful, well done on the photos .. a wonderful experience
Great post from you
Thanks for sharing

For different people - train riding is associated with different things. For example in destva I traveled by train we went to neighboring Ukraine at sea. It was always interesting for me to go by train. I looked out the window and watched the ever-changing landscape. The thick forests changed in huge fields. You could see many cities. Usually when the train stopped in some city, people (sellers) knocked at the window of the train and offered various services. Very often without leaving the train you could exchange money, buy toys for children, even buy delicious food. Yes, I would call it nastolgic times.

Now the train for me is just a vehicle. Sometimes I have to travel to neighboring cities by train. Frankly - this is not the best way to travel. Trains from the time of the existence of the Soviet Union are not comfortable. Although no, there generally is no comfort. Therefore, when you arrive long in such a train, you will feel tired. There are business class, but their cost is quite high. Therefore, most people do not use them.

Recently I watched the movie "Murder on the Orient Express, the train that you showed us is very similar to the one that was in the movie." It's these old trains that evoke pleasant feelings and are associated with distant peteshevstviyami .I honestly I would like to feel like a passenger of such a train and to go somewhere very far :)
Thank you

$0.38
1 vote
댓글 남기기
[-]
jamalgayoni54  ·  3년 전
Modern rail transport modes are beginning to grow as the industry grows and the more rapid technological advances in the world. Trains as mass transit since 200 years ago. But his invention was long before it happened. The history of railways is the same as the history of other means of transportation, beginning with the invention of wheels.

The beginning of a horse carriage consisting of a series of trains, then made the horse-drawn carriage more interesting from one lane and walking on a line made of iron or rail.

George Stephenson worked for the company operating coal which originally only helped otherwise. Gradually he later became the head of the steam engine. As he worked he began to learn to read by participating in the days. George Stephenson then read many books about the machine, so he can help to repair the machine. After that, he starts working for the important part. At that time, the company could use another location to use the electric power that attracted the train.

Then George makes a machine called Blucher and the engine runs successfully. After that he was appointed as Engineer for the construction of the first railroad Stokton-Darlington which was opened in 1825. Then in 1826 he worked for the construction of Liverpool-Manchester road which was opened in 1830. George Inc took part in the contest and won a contest with a machine called Rocket. The Rocket Machine is still in existence and stored in the Museum of Science in London.

The discovery by Michael Faraday made several inventions of equipment followed by the invention of electric motors, which were then referred to as electric trams and were the forerunners of electric trains. In 1892, Rudolf Diesel invented a more efficient diesel-engined railway than a steam locomotive. Over time and the development of technology now, in the 1960s Japan developed more advanced electrical and magnetic technology and had speeds above the usual train speeds with the Super Express Shinkanzen train aircraft with the Tokyo-Osaka route which then followed by France by train fire kind of similar ie TGV.

Motorcycles are motorcycles and trains are trains. Both evoke a feeling....

I have it too. I probably got it from my Grandfather who was just fascinated by them, all of them. He had a model railroad in his attic when I was little, and late in his life built his 'empire' in the old sitting room. It was pretty darn cool...

Travel with out bother? All you have to remember is get off at the right place and the rest is a ride. I love traveling by train almost as much as I love riding.

Thanks for a wonderful post. Made me breathe deep just imagining the possibility.

wow,really very interesting post dear.. friend
@velimir.i like train travelling very much. Travel with out bother? All you have to remember is get off at the right place and the rest is a ride. I love traveling by train almost as much as I love riding. .It has some HUGE old trains. The one I thought was the coolest was the snowblower train,used to clear tracks in the North of Canada and Alaska. your post always powerfull and impressible.. just its your good thought high quality post.. thanks to sharing for your good post of travelling train place..very well done.. @velimir

I love to travel on train!
Train travel is one of the best travel we can have ever!
8 years ago i travel 20 hours on train to reach our City called "karachi"
It was fun traveling.
the thing enjoy i enjoy the most the air touching you when you stand in door of trains!
lovely feeling.

I dream of traveling by train! I would like to do it once with the beloved person. hehehe I love! its beautiful, you made me relive that dream @velmir..

Every series is amazing @velimir😍👍

A couple of years ago I visited the train museum near my place.It has some HUGE old trains. The one I thought was the coolest was the snowblower train,used to clear tracks in the North of Canada and Alaska. So powerful and impressive! I found a picture of the exact one at the museum, here it is :) 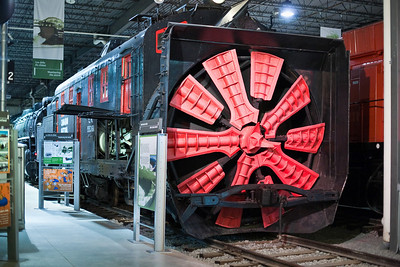 Nice photography.It's your #306th number journey.Wish you a good luck for your next journey. @velimir

Its seem old trains from 19 century? In our country indonesia trains only in java, have a nice day brother @velimir

Fun fact: This is not actually "Titova lokomotiva" even dough a lot of people think so, this is the oldest preserved steam locomotive in Croatia, "Titova" once stood in the same place (it was blue) but was replaced in 1995. with this one. Today I am smart... Do not know how long will it last so do not ask me any questions tomorrow lol :D

Someone help me with upvotes...

One thing I love is that, railroads have always "just been". They have always been there ever since I was a kid and continue to still be there.

Honestly, it amazes me. Nothing has come and replaced it, I often wonder if something of it's huge structure will be replaced and with what.

I wonder why you said Travelling by train is so different than any other form of transportation, coz unfortunately I have never had a chance yet to be in train. As this kind of transportation is not available in my region 😣

I love train travel too.
and always try to make my all journey by train
It's really good and safe to travel

Evolution of train is really worth to watching. where we were...now we are having bullet train...But...still, old ones are gorgeous in my eyes...always will be...i believe.

I love those old trains too. There’s something beyond nostalgia in them… there’s an architecture or an art to them that modern trains are lacking with their purely utilitarian design.