“War of the Worlds” Adaptation; “Collision of Sci-fi, Drama & Horror”

A brand new adaptation of H.G. Wells’ classic “The War of the Worlds” is on the way, with BBC’s three-part drama set to be the first version set in London. Filming is currently underway in Liverpool, Variety informs us, with the main cast including Eleanor Tomlinson, Rafe Spall, Robert Carlyle and Rupert Graves.

The series “follows George (Spall) and his partner, Amy (Tomlinson), as they attempt to start a life together. Graves is Frederick, George’s elder brother, and Carlyle plays Ogilvy, an astronomer and scientist. The show follows them as they face the escalating terror of an alien invasion.”“H.G. Wells’ seminal novel has been adapted for the screen many times, but it’s always had a contemporary (and American) setting,” said director Craig Viveiros. “This is the first version to be set in London and [its environs] during the Edwardian period.”

“The version of The War of the Worlds that I wanted to make is one that’s faithful to the tone and the spirit of the book, but which also feels contemporary, surprising and full of shocks: a collision of sci-fi, period drama and horror,” writer Peter Harness added.BBC’s “War of the Worlds” is expected to arrive later this year. 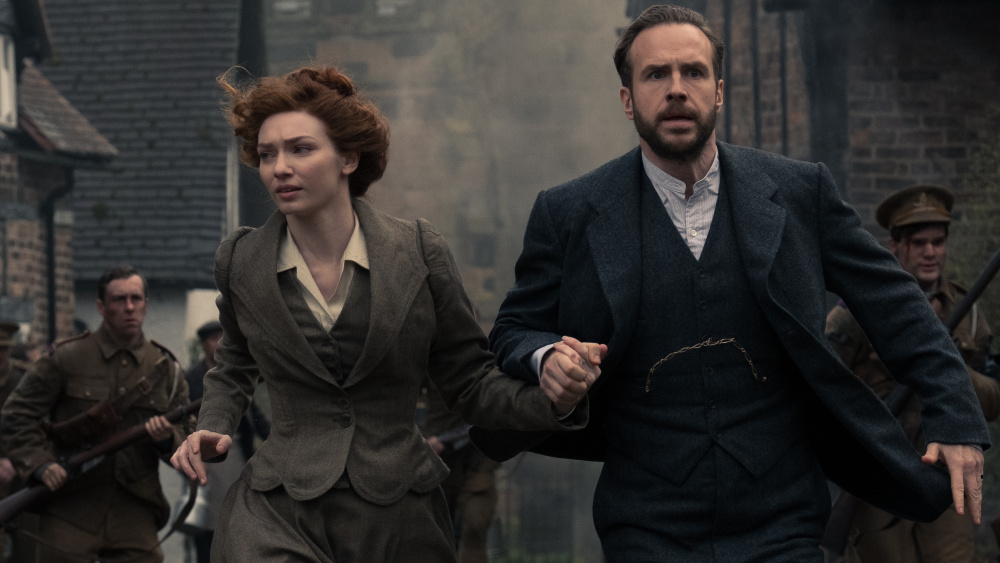 tv series book life news
3년 전 by varolleng43
$0.54
9 votes
댓글 남기기 3
Authors get paid when people like you upvote their post.If you enjoyed what you read here, create your account today and start earning FREE STEEM!
STEEMKR.COM IS SPONSORED BY

Congratulations @varolleng! You have completed some achievement on Steemit and have been rewarded with new badge(s) :

Congratulations! This post has been upvoted from the communal account, @minnowsupport, by varol gündüz from the Minnow Support Project. It's a witness project run by aggroed, ausbitbank, teamsteem, theprophet0, someguy123, neoxian, followbtcnews, and netuoso. The goal is to help Steemit grow by supporting Minnows. Please find us at the Peace, Abundance, and Liberty Network (PALnet) Discord Channel. It's a completely public and open space to all members of the Steemit community who voluntarily choose to be there.