Daily manual UBI and waiting for an automated solution day 1 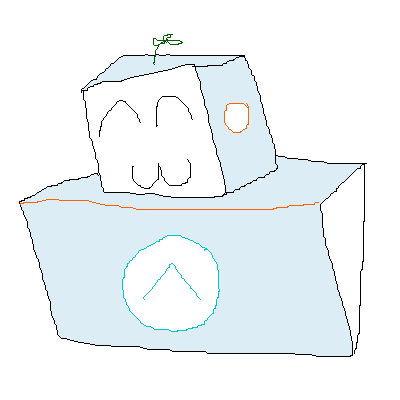 Hey everyone, first things first, comment and I'll just upvote you. No strings or conditions attached, just trying to circulate some stuff back to the community. That's basically my lazy way of doing a simple UBI daily until @mahdiyari, the maker of @steemauto and @steemfollower, creates a tool on steemauto that will allow me to have it be done in a fair and automated manner. It's pretty cool of him to do that and I recommend you checking his existing tools and services out if you already haven't. Steemfollower, though I personally don't use it (because it's recommended you vote 5 times a day with it) is a good way to get reciprocal votes while you're starting out on steemit.

I'll formalize conditions for the UBI while he's working on that, and I envision it at this point to be an experiment of sorts on steemit and a way to help out new users get some SBD and SP in their pockets, and serve as a positive deterrent against spam by rewarding people to simply not post at all if they're otherwise just going to be clogging up the network with junk posts or stolen content. Basically something akin to subsidizing unused fields in the agricultural space, if you're familiar with that. And yeah, farm subsidies probably aren't a model I want to aspire towards, but it's just a simple example.

I hope you've all been well, and wish you a good week!

ubi blog
3년 전 by charitybot63
$14.65
15 votes
댓글 남기기 26
Authors get paid when people like you upvote their post.If you enjoyed what you read here, create your account today and start earning FREE STEEM!
STEEMKR.COM IS SPONSORED BY

Well then, that's what plus does. Didn't know that.

Lol wow me neither.

Y'all be getting extra strength votes today for being first-time customers, lol.

Added to the UBI whitelist, thank you!

that means you will be upvoting my post or comments?

Sorry! I seem to have missed this comment, got caught up in some... interesting conversations along the way. It's your preference, you can update it in any of the UBI posts!

You're so very generous @charitybot. Love how you're supporting the plankton and minnow community.

Write back atcha dollartoddler, you're not doing so bad yourself in that regard! We won't be single-celled organisms forever!

Just floating along in the stream of consciousness here :)

After I put more than 2 seconds of thought into it I realized I needed to edit my post, lol.

Ahaha, I see that.
Post would be great. I need to get the Writing Contest List spread far and wide.
And if you comment I upvote all my legitimate comments.

I haven't had the time to do much serious writing lately, but I do greatly appreciate the fact that you put together those contest lists for our convenience!

It's been very rewarding to see how many appreciate the list. Sadly it keeps me from doing much serious writing lately either. I am getting faster at putting it together though, so hopefully that will soon be remedied.

Yeah I can imagine it's quite time consuming, tbh I think a lot of people on steemit are torn in their obligations when they have lots of projects to manage!

I'm sure they have to be. Multiple obligations are always a juggling act. I've committed to the Writing Contest List though, so imma make it work come hell or high water.

You can do it! I'm going to have to think harder about how to carve up my voting power in the future, or perhaps leave this one as the automated votes and just use my meme account to vote manually on stuff like yours, lol.

Thank you so much! There are so many articles I'd like to upvote, but I keep running down my power, so I've been conserving it. Much gratitude from this newbie!

Speaking of voting on articles, thank you for reminding me of that possibility! I have edited my post yet again to address that. Would you like me to vote on a recent article of yours instead?

It looks like you just did! Thanks! How can I pay it forward?

It's no problem, think nothing of it. UBI is supposed to be simple, you just keep being you and I'm sure that's more than enough for all the people who care about you. Have a wonderful day!