#upfundme has grown into a community supporting each other to achieve their dreams by attaining funding via the STEEM blockchain. It started out as an idea from a few friends trying to figure out a way to use steem to crowdfund an xbox one to stream on dlive (He still doesn't have a good enough internet connection to stream), now it is used by more steemians every day to fund everything including healthcare, tree planting projects, shared internet connection access for steemians, drones to capture stunning images to be shared on steemit and many more projects and goals. 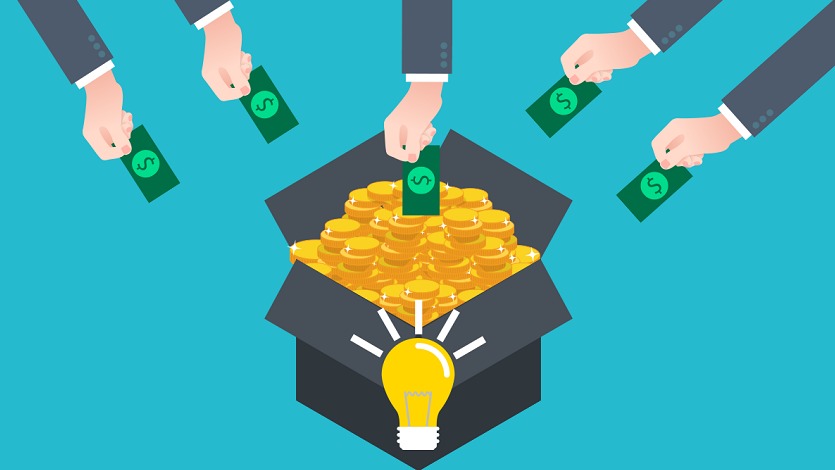 
I would like to see UpFundMe get its own front end specifically for crowdfunding purposes. Starting with a clone of busy.org, we will adjust the front end for our community's use. Using busy as the base gives us a strong, tested and proven code to work with. We will tweak the busy application over time to suit our needs, adding an option to save funds as a template for posting, crowdfund goal tracking, Steem Media Token support and various other features.


Earned SBD from these posts will be converted to STEEM and added to savings until the fund has reached it's goal.


Six months after fund completion:
Product should be fully functional and ready for a social media campaign.


*Smart Media Tokens will be added as soon as they become available adding multiple ways to support steemians trying to attain their various crowdfunding goals.

How Can You Help?


If you are building a crowdfunding application for the steem blockchain you can contact steemtaskmanager@gmail.com to work out including #upfundme community support and automatic support from the @upfundme account in exchange for a small beneficiary % to @upfundme. This beneficiary amount would be to increase the level of support @upfundme can provide for everyone in the #upfundme community.

If you decide to donate to @upfundme you can control how the donation will be used in the memo. Funds sent without memo will be allocated as needed.


MEMO: "App Development"
This will apply your donation to app development. 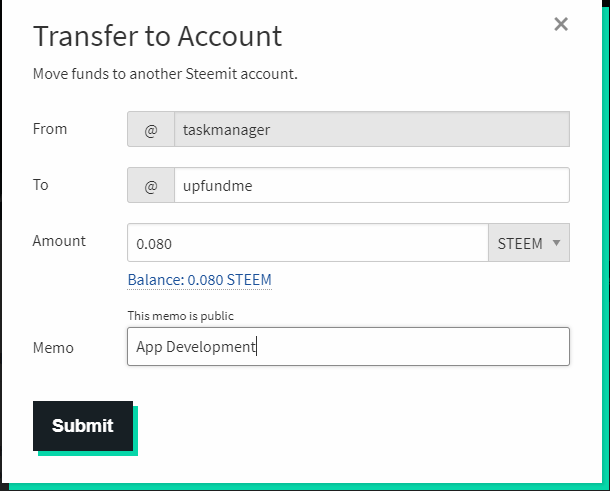 MEMO: "Steem Power"
Your donation will be powered up to support various crowdfunds using #upfundme. MEMO: "Pay Team"
This will split your donation evenly between main team members (excluding advisers). Currently this would be a 50/50 split between @taskmanager and @madstacks. 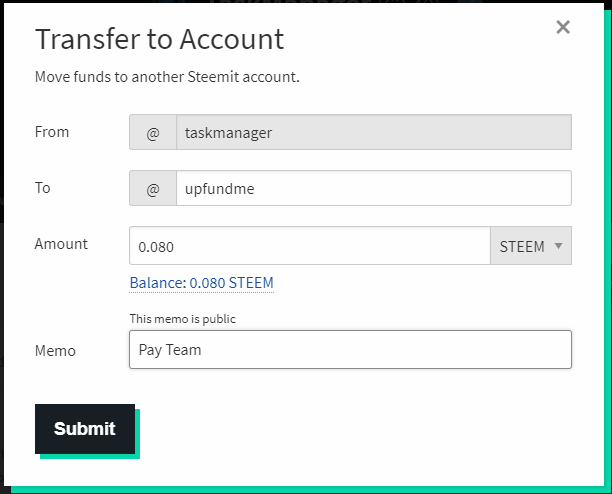 @upfundme and #upfundme is a TaskManager project brought to you in part by @taskmanager and @tmholdings.
upfundme crowdfund community taskmanager crowdfunding
2년 전 by upfundme60
$12.38
81 votes
댓글 남기기 9
Authors get paid when people like you upvote their post.If you enjoyed what you read here, create your account today and start earning FREE STEEM!
STEEMKR.COM IS SPONSORED BY

Ok everybody, please get involved with this with regular upvotes, upfundme has given you long term support, show your support to upfundme!:)

First I have heard of this project, but it seems like an excellent use of Steem!

Even though I'm working on something of a competitor, I'm very excited for this. I want to make it easier for people who want to crowdfund to do so, and I decided to focus on mobile as my web dev skills aren't anywhere near my mobile skills. You have my support.

I don't even see it as competition anymore, if I have my way your application will have a checkbox for "upfundme premium features" allowing users of your mobile application full access to whatever those features are (upvotes and resteems ect) in exchange for a small beneficiary % to @upfundme for that post. My application will have a similar checkbox for "votefund features" whatever they may be in exchange for a small % going to whatever account is linked to your app.

Thats a good idea for doing things. I look forward to working with you to make something great for our users. You know how to contact me. Look forward towards supporting the development of upfundme site. Oh and @votefund is the account for votefund. Right now its on the upfundme trial so I can have the account being productive and helping users out right now.

would like to see UpFundMe get it's own front end specifically for crowdfunding purposes.

This post has received a 1.00 % upvote from @speedvoter thanks to: @upfundme.

Thanks @taskmanager and @tmholdings for this amazing concept. You make steemit big and better! Resteemed ✊👍