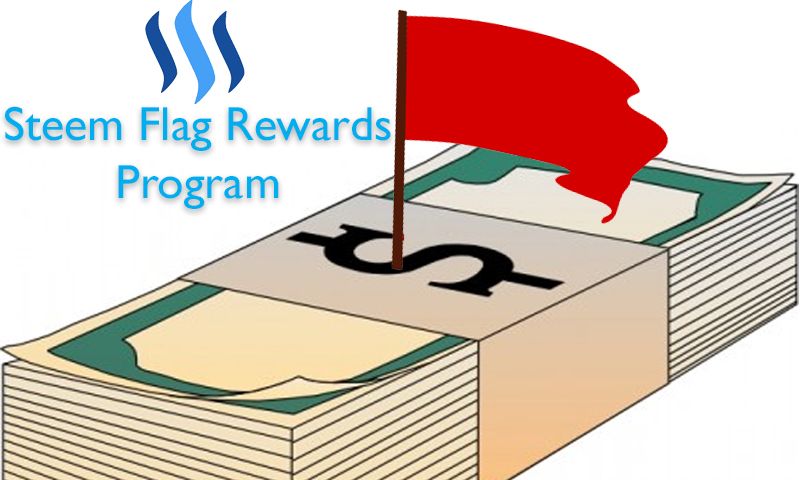 @steemflagrewards is an initiative on the steem blockchain trying to make more users of the blockchain actually flag abuse themselves. We are doing this by upvoting the comments these users leave under the flagged post or comment.
For the approval of these comment we have a discord bot which automatically upvotes and sometimes comments these comments. There also is a post that triggers once 9 distinct flaggers have got a mention approved. These posts look very similar to this one and they have set the flaggers as beneficiaries with adjustive weight dependent on the number of mentions approved.

Actually I nearly completely rewrote the script with new features and many other smaller things. The following are the major changes I did.

The first version of the script by @anthonyadavisii always stored the things that would be used later, such as the several mentions and their authors for the beneficiary posts, in variables. This was problematic, because if the script crashed for whatever reason (such as the hosting PC to be restarted) all the variables would be lost. I fixed that problem by storing all the stuff that needs to be stored for a longer time in a local SQLite database. Another big stability change was the complete transition from steem-python to beem, it's superior small brother, who is slowly outgrowing steem-python.
Relevant commit

I added a command that shows the current status of the @steemflagrewards bot. The important (non joke) values in the message are the following: Lately there have been a lot of newly created accounts flagging other users seemingly random. We do believe it's only one person who own these accounts, and he calls himself the steemit defence league. @iamstan and some others from the steemflagrewards team have started to maintain a list of all the accounts involved. In order to make this list easier and more comfortable to maintain, I created the ?sdl command. It has a small set of subcommands for it's usage:

In order to prevent too many unnecessary comments, I made the follow on flag feature. If another @steemflagrewards abuse hunter already flagged a post, and the abuse fighter who wants to remove even more rewards from the flagged post, you can now use the follow on flags. In order to use this, just comment on the steemflagrewards comment under the first abuse fighters comment with the abuse category in it. Then the bot will not create another comment.
Relevant commit
Example follow on flag + comment

Small notice: some of these changes are a lot older than 14 days, but I hope they get considered for the review anyways, since I've been on vacation, and couldn't make the bot "script ready" earlier (amos said it wouldn't be that bad with that guideline)
Another notice: due to some git hiccups, the pull request stuff got somewhat messed up, so I recommend to just look at the commit history

utopian-io development steemflagrewards busy abuse
2년 전 by flugschwein59
$54.99
87 votes
댓글 남기기 10
Authors get paid when people like you upvote their post.If you enjoyed what you read here, create your account today and start earning FREE STEEM!
STEEMKR.COM IS SPONSORED BY

Thanks @flugschwein for all the hard work you do on stemmit.
You are an example of excellence for all to follow.

Yo do great work helping others on @steemcleaners and at @steemflagrewards thanks for your help very much.
I would like to add that after I build the list of SDL accounts I place them in a hackmd.oi file @themarkymark created then he presently moves them to the irredeemables list on github.

Will there be a way to move the list along with the bot commands?

Hey @flugschwein
Thanks for contributing on Utopian.
We’re already looking forward to your next contribution!

Didnt know about beem! thanks! i wanted to implement some features that steem-python wass missing myself and now found them there.

Congratulations! This post has been upvoted from the communal account, @minnowsupport, by anthonyadavisii from the Minnow Support Project. It's a witness project run by aggroed, ausbitbank, teamsteem, someguy123, neoxian, followbtcnews, and netuoso. The goal is to help Steemit grow by supporting Minnows. Please find us at the Peace, Abundance, and Liberty Network (PALnet) Discord Channel. It's a completely public and open space to all members of the Steemit community who voluntarily choose to be there.

Sneaky Ninja Attack! You have just been defended with a 13.53% upvote!
I was summoned by @bidbot.credits. I have done their bidding and now I will vanish...