Do not know yourself ever, Banh Tét became a traditional dish and the package Tét also became one of the indispensable Tet holiday of each South. If in the North there is a blue cake in the South is the batter Tét. And each type of cake has its own destiny and origin. If the cake is attached to the "thick pie cake" of the 18th Prince Hung King is Lang Lieu symbolizes the heaven of square land, Banh Tét also has thrilling anecdotes about the origin and meaning private.

According to the records left, the Tét batter originated from the owner of this land. It is the Cham people in history (precursors Sa Huynh) shape national territory of the nation since the end of the second century AD (today about 2 millennia). At that time, Cham people had a culture that flourished and reached its peak. The culinary culture is also rich.

As explained by the late Professor Tran Quoc Vuong, it is possible that the Tét bread that people use in the New Year is a product of the process of exchanging or improving the Cham culture or may be the next. Exceed the values ​​of the pre-emptive layer. When the Vietnamese opened up the Southern land, due to the acceptance of the polytheist belief of the Cham culture, including the traditional belief, worship the rice god. 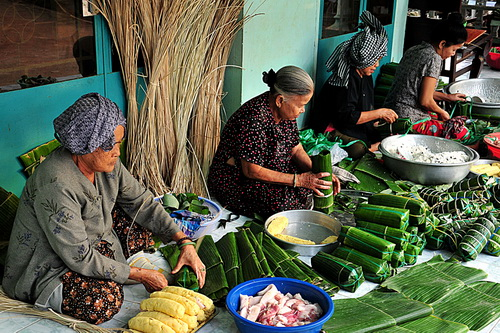 From the visualization of the Linga element of Siva (which is now most clearly expressed in My Son temples) together with the farming beliefs, Vietnamese residents later created Tết cake as day. now on. Then momentum, bread Tét was born and "pregnancy" is not always clear.

Besides, there is another legend that adds to the origins of Banh Tet, the name of the cake and the habit of eating Banh Tet in Tet as follows. In the spring of 1789 Nguyen Hue and our army to expel Thanh from the country. At that time soldiers were resting, eating Tet. Among the soldier soldiers he was sent home to the cake made of glutinous rice, green beans, shaped like cake today. The soldiers brought the cake to King Quang Trung. The king saw this kind of cake well. He told the soldiers, bread sent by his wife at home. Whenever you eat a cake, the more you love, the more you miss your wife. He had stomach aches but when he ate this cake he did not have any pain.

Listen to the story of the soldier, the king ordered people to pack this cake to celebrate Tet and named New Year's cake to remember winning the Qing in the spring and express the family affectionately each level. Spring on. It is considered as the origin of Banh Tet in traditional Vietnamese New Year.

Banh Tét carrying many meaningful human beings. The cake is wrapped in many leaves as the mother wrapped the child, eating bread Tét again think about mother, living with mother, as sisters wrapped up with a mother born. Not only that, blue teddy bears yellow stigmas suggest that the green of the countryside, the livestock life, the peace of village - the ... suggesting the dream of "human occupation" of people. a peaceful spring for every home. All these meanings have promoted the work of man, the harmony of heaven and earth, of man with nature, towards the origin of ancestors. 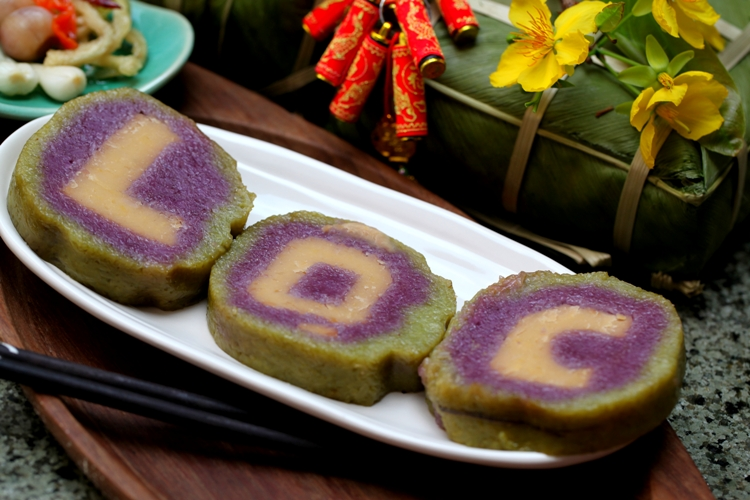 The bread looks simple but imbued the Southern philosophy of people and life. During the 29-30 Tet, the whole family waits around the cooking pot, the children do the task of stoking the stove, creating a cozy atmosphere, good family reunion on Tet.

vn-food steemit blog traditional photography
4년 전 by nymp47
$1.40
3 votes
댓글 남기기 0
Authors get paid when people like you upvote their post.If you enjoyed what you read here, create your account today and start earning FREE STEEM!
STEEMKR.COM IS SPONSORED BY