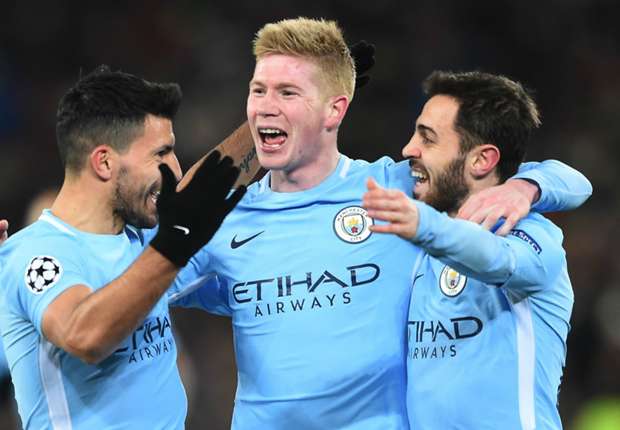 The City boss is not noted for staying in jobs too long but is set to hold talks over a possible extension with the club
Pep Guardiola has confirmed he will hold talks with Manchester City's hierarchy at the end of this season regarding his future with the Premier League champions.
Guardiola steered City to the title with five games remaining of his second campaign in charge, with the EFL Cup already secured via a 3-0 Wembley win over Arsenal in February.
The 47-year is due to enter the third and final year of his Etihad Stadium deal next term, having spent four and three years at Barcelona and Bayern Munich respectively in his previous jobs.
There is an understandable appetite for Guardiola to renew among City's fanbase given the dominant nature of their title triumph and he offered some tentative encouragement in that regard ahead of Sunday's home game against Swansea City.
"We'll speak to the club at the end of the season," he said. "I have one more year - I am not finishing now.

wafrica nigeria stach contest africa
3년 전 by harmenj39
$0.00
4 votes
댓글 남기기 1
Authors get paid when people like you upvote their post.If you enjoyed what you read here, create your account today and start earning FREE STEEM!
STEEMKR.COM IS SPONSORED BY