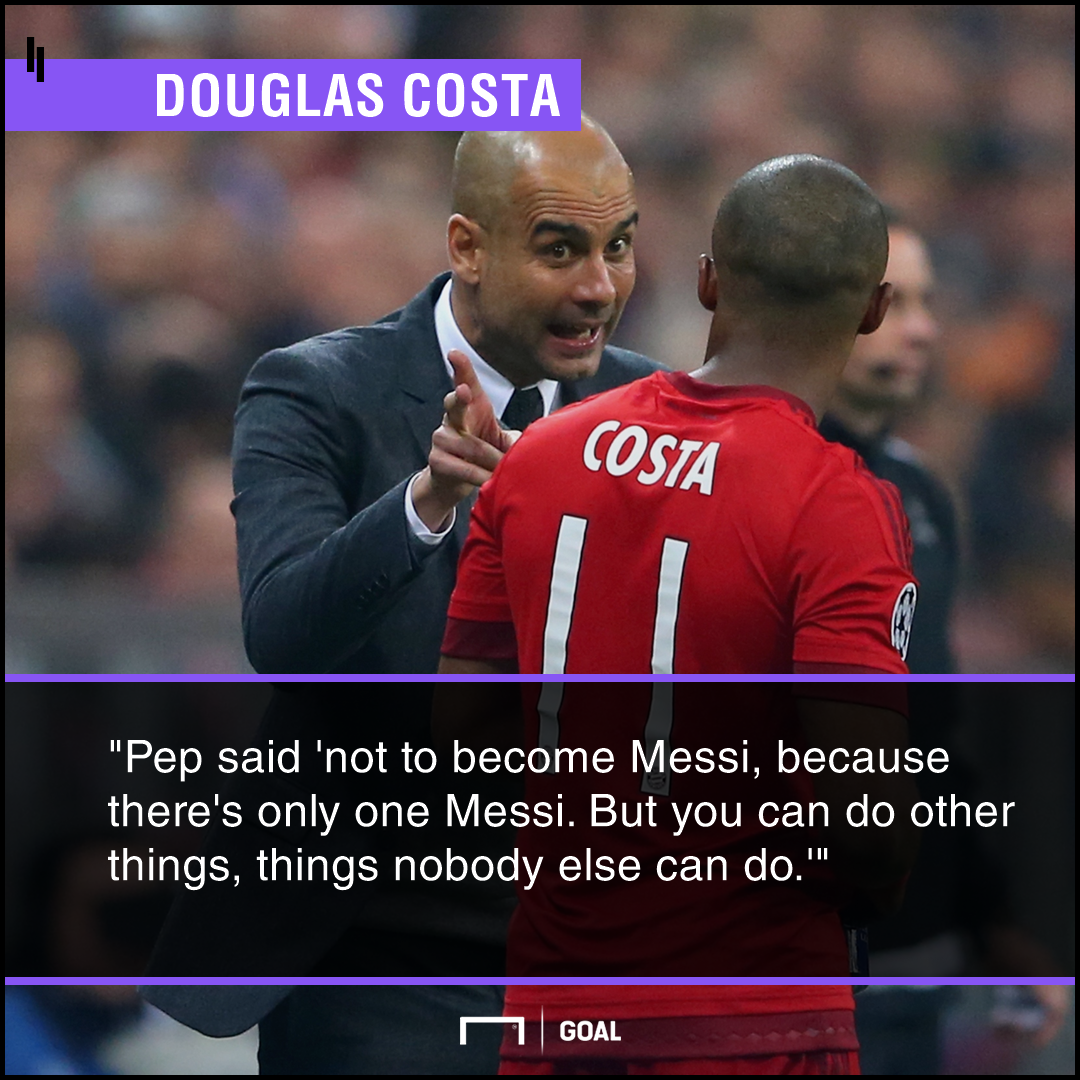 The Brazil winger is on fire at Juventus, reproducing the scintillating form that made him such an key player for Pep Guardiola's Bayern Munich
Douglas Costa found his first few weeks at Bayern Munich difficult. The former Shakhtar Donetsk ace was now at a massive club in an unfamiliar city where they spoke a different language.
However, Pep Guardiola helped him not only settle but realise his potential. The Bayern boss told Costa he could become a difference-maker in Munich.
"He also told me about [Lionel] Messi," the Brazilian revealed. "He said 'not to become Messi, because there's only one Messi.'
"'But you can do other things, things nobody else can do.'"

wafrica nigeria football game tonight
3년 전 by steemit-future34
$0.00
1 vote
댓글 남기기 1
Authors get paid when people like you upvote their post.If you enjoyed what you read here, create your account today and start earning FREE STEEM!
STEEMKR.COM IS SPONSORED BY

I am not convinced of Douglas Costa.