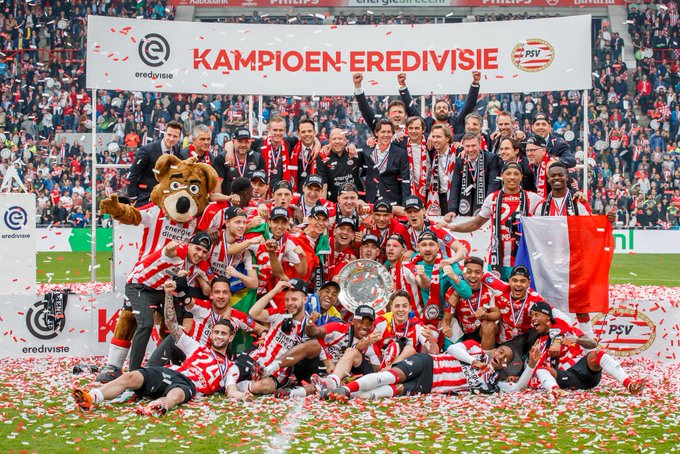 The Eindhoven side strolled to victory over their closest rivals to displace Feyenoord as the league champions
PSV captured their third Eredivisie title in four seasons as a 3-0 win over close rivals Ajax secured an unassailable 10-point lead with three games remaining.
Gaston Pereiro, Luuk De Jong and Steven Bergwijn scored to seal the silverware in fine style as they emphatically ended Feyenoord's stint as champions.
Second-placed Ajax entered Sunday's encounter as the only club capable of catching the leaders, but their hopes of reducing the gap back to four points faded in the space of 15 first-half minutes.

wafrica nigeria football game tonight
3년 전 by steemit-future34
$0.00
6 votes
댓글 남기기 0
Authors get paid when people like you upvote their post.If you enjoyed what you read here, create your account today and start earning FREE STEEM!
STEEMKR.COM IS SPONSORED BY