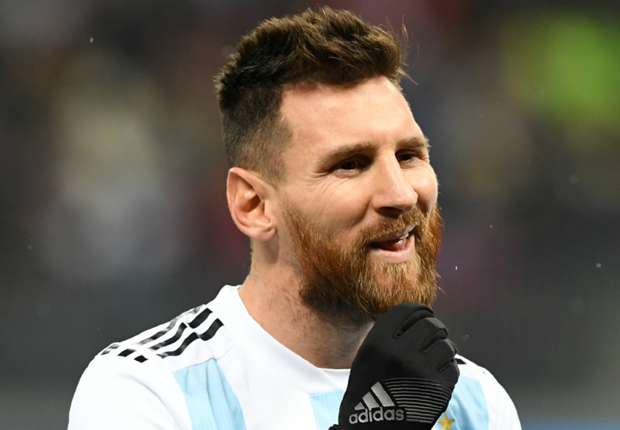 The forward missed international friendlies against Italy and Spain over the past week, but should return to action for the Catalan club on Saturday
Lionel Messi had seen enough. After Spain's sixth goal at the Wanda Metropolitano on Tuesday night, the Barcelona forward stood up from his seat and walked inside. His team were being thrashed, and this time he could do nothing to prevent it.
The 30-year-old had expected to be on the pitch and was even confirmed fit the previous day in the pre-match press conference by Argentina boss Jorge Sampaoli, but after feeling discomfort in his hamstring and adductor the night before the game, he and the coaching staff decided it was not worth the risk.
It was that same problem that kept the five-time Ballon d'Or winner out of the 2-0 win over Italy in Manchester four days earlier. But instead of returning to his club, Messi was keen to stay with the group in their preparations for the World Cup — and he was eager to start against Spain in Madrid.
On the day of the game, however, it was confirmed that he would miss out. And that was a big blow for Sampaoli, who had spoken at length on Monday about trying out his team with its star player at the core.
That will have to wait and with only two friendlies left for Argentina ahead of the World Cup in June (against Ukraine and Israel), it is a concern. Messi, meanwhile, cut a forlorn figure as he was snapped staring blankly into space during the heavy defeat.

wafrica nigeria sport life stach
3년 전 by tabithaaa38
$0.04
2 votes
댓글 남기기 1
Authors get paid when people like you upvote their post.If you enjoyed what you read here, create your account today and start earning FREE STEEM!
STEEMKR.COM IS SPONSORED BY