Chelsea's longest-serving player, Matej Delac, leaves with no appearances and no regrets 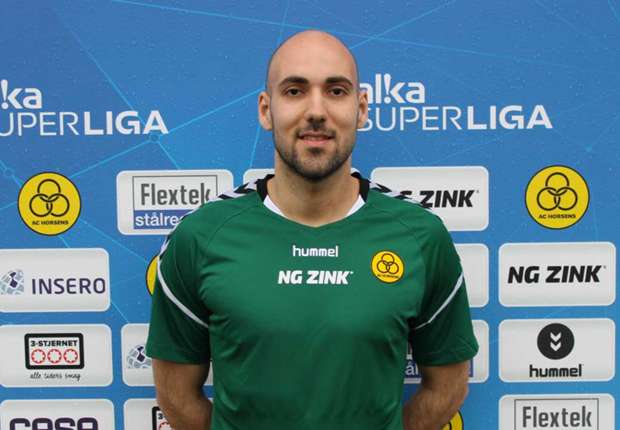 The Blues have allowed a player to move on who spent almost his entire eight-year stint on the books at Stamford Bridge away from the club on loan
Matej Delac remains positive about his eight-year spell as part of Chelsea's loan army after leaving on a free transfer to join AC Horsens in the Danish Superliga.
The 25-year-old joined Chelsea in 2010, with the Blues having signed the then 17-year-old goalkeeper from Inter Zapresic, where he had already been called up to Croatia's squad as third-choice goalkeeper.
However, he could not break through at Stamford Bridge and work permit issues contributed to him going out on loan to eight different clubs, in eight different countries.
Delac admits that special interest has been shown in him due to his record as the longest-serving player in west London, and has revealed how he said his goodbyes after leaving the WhatsApp group for Chelsea loanees.
"It is very interesting to write and read about it [my career]," Delac laughs as he begins his conversation with Goal upon signing for Horsens. "Maybe it will be strange to not come back to Chelsea in the summer for pre-season, in between loans. In eight years, I think I had seven pre-seasons with the club.

wafrica nigeria sport life stach
3년 전 by tabithaaa38
$0.00
2 votes
댓글 남기기 1
Authors get paid when people like you upvote their post.If you enjoyed what you read here, create your account today and start earning FREE STEEM!
STEEMKR.COM IS SPONSORED BY