'No will, no passion, no courage!' - Dortmund fans turn on players with critical banners 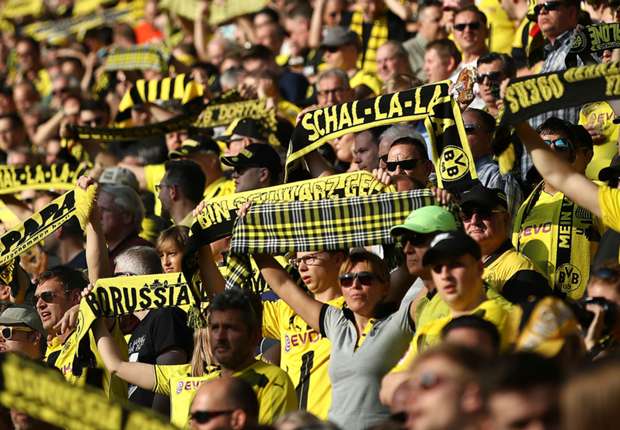 Incensed by a tame derby defeat at the hands of Schalke, the BVB support made their feelings known ahead of Saturday's must-win clash
Borussia Dortmund's players came in for harsh criticism from the club's fans as they near the end of an intensely disappointing 2017-18 season.
The Bundesliga side are a lowly third in the table, losing touch with champions Bayern and arch-rivals Schalke.
And a disastrous 2-0 derby defeat to Schalke last weekend further incensed supporters, who slammed BVB's line-up from the stands on Saturday.
A series of critical banners could be seen at Signal Iduna Park prior to the fixture against Bayer Leverkusen.

wafrica nigeria sport life stach
3년 전 by tabithaaa38
$0.00
2 votes
댓글 남기기 0
Authors get paid when people like you upvote their post.If you enjoyed what you read here, create your account today and start earning FREE STEEM!
STEEMKR.COM IS SPONSORED BY