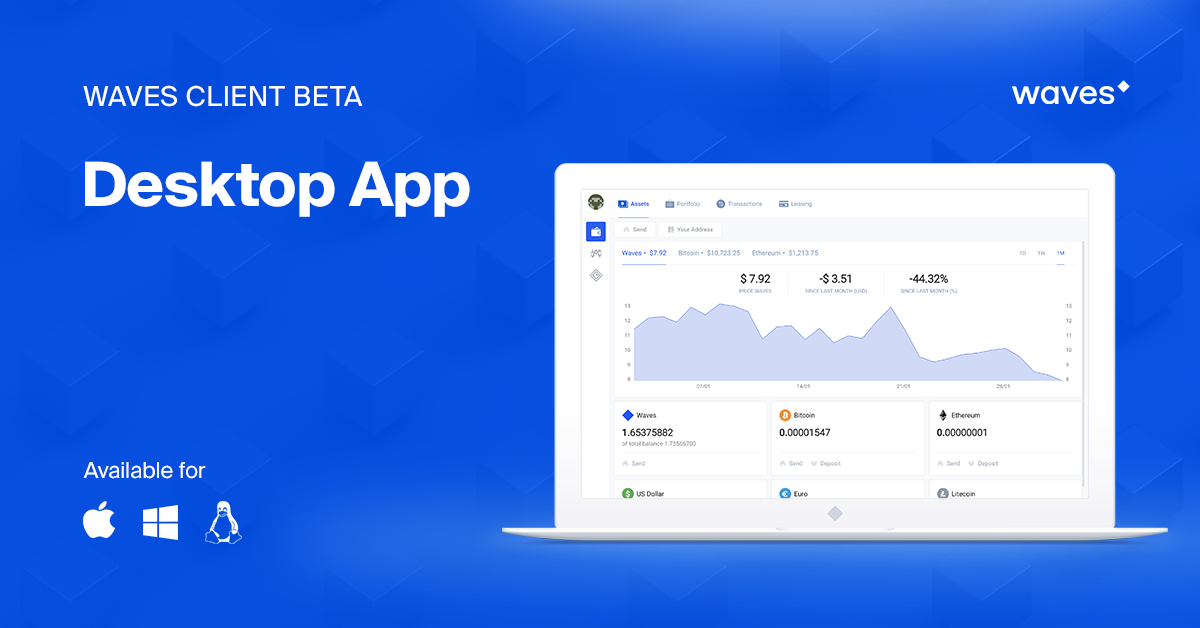 The new desktop app is finally released! Please download the new client and let us know what you think.

We’re releasing the Waves Client Beta as a standalone app! After our hugely successful beta launch in Amsterdam last December, we’re now ready to launch the desktop version to the community. The standalone app is available for Windows, MacOS and Linux.

The app has now had around six weeks of testing by our team and the community, and is working well. Withdrawals for different cryptos have now been fixed and will be available in both the desktop app and the online beta version. In order to use the new wallet, simply download it and follow the steps to create a new address — or import one of your existing accounts using your SEED. There will be many modifications to come in future releases.

We’re really pleased with the clean, intuitive interface of the new client, as well as its powerful functionality. The overhauled DEX will be particularly welcome to traders and those new to crypto alike, and the whole process of creating and using a blockchain wallet has been streamlined to make it as fast and easy as possible. We’re confident that this is one of the most user-friendly blockchain wallets in existence — and because it runs on your local machine, it is far more secure and stable than a webwallet.

Please only download the app from the links on www.wavesplatform.com for security reasons. Try it out and let us know what you think: https://goo.gl/forms/V7IYMuLSxZOp4Uv22

wavesclient wavesplatform wavesdesktopapp blockchain cryptocurrency
3년 전 by wavesplatform66
$0.02
7 votes
댓글 남기기 0
Authors get paid when people like you upvote their post.If you enjoyed what you read here, create your account today and start earning FREE STEEM!
STEEMKR.COM IS SPONSORED BY