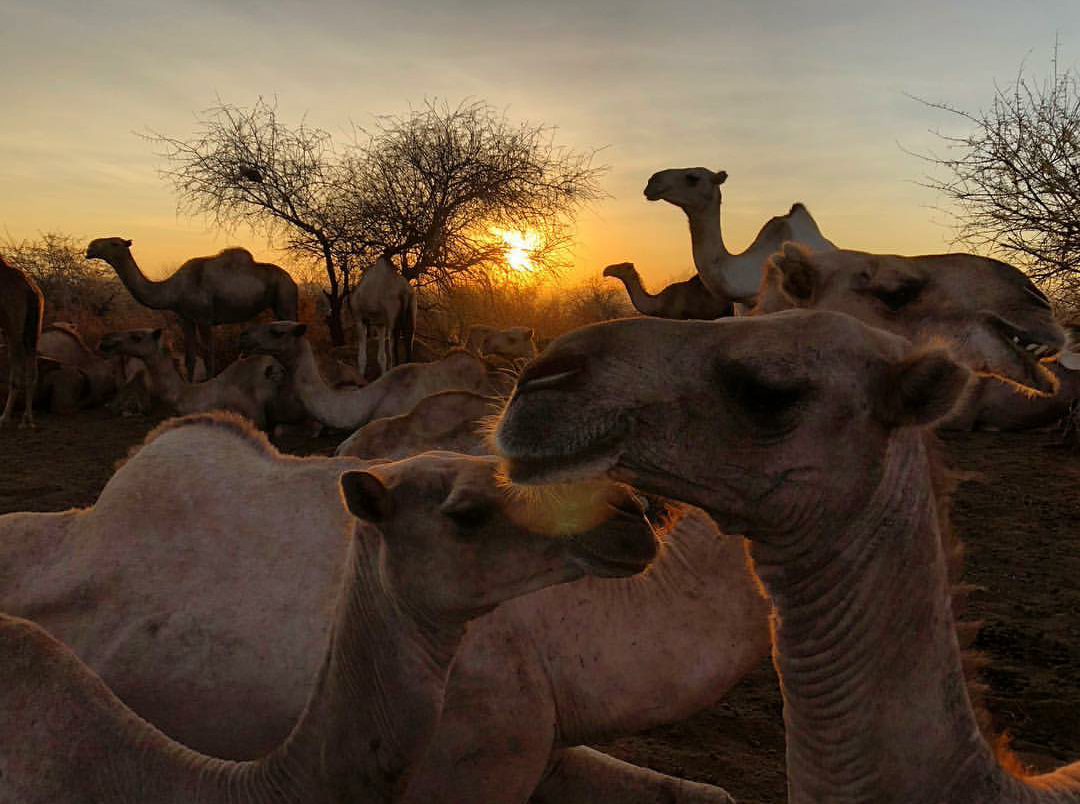 Camels are even-toed ungulate in the genus Camelus that bear distinctive fatty deposits known as "humps" on their back. There are three surviving species of camel: the one-humped dromedary (which makes up 94% of the world's camel population), and the two-humped Bactrian and wild Bactrian species. Camels have long been domesticated and, as livestock, they provide food (milk and meat) and textiles (fiber and felt from hair). As working animals, camels—who are uniquely suited to their desert habitats—are a vital means of transport for passengers and cargo.

The word camel is derived via Latin: camelus and Greek: κάμηλος (kamēlos) from Hebrew or Phoenician: gāmāl. Used informally, "camel" (or, more correctly, "camelid") refers to any of the seven members of the Camelidae family: the dromedary, the Bactrian, and the wild Bactrian (the true camels) plus the llama, the alpaca, the guanaco, and the vicuña (the "New World" camelids).

The dromedary (C. dromedarius), also known as the Arabian camel, inhabits the Middle East and the Horn of Africa, while the Bactrian (C. bactrianus) inhabits Central Asia, including the historical region of Bactria. The critically endangered wild Bactrian (C. ferus) is found only in remote areas of northwest China and Mongolia. An extinct species of camel in the separate genus Camelops, known as C. hesternus, lived in western North America before humans entered the continent at the end of the Pleistocene.

wildlife nature camels transportation
3년 전 by h-max45
$0.00
2 votes
댓글 남기기 0
Authors get paid when people like you upvote their post.If you enjoyed what you read here, create your account today and start earning FREE STEEM!
STEEMKR.COM IS SPONSORED BY