I reviewed code changes for hardfork 13 and assisted the core devs in finding issues and iterating on the design of the new mining algorithm included in v0.13.0.

I provided a suggestion for how to fix the unvoting bug. Thanks goes to @abit for taking my suggested fix and actually making the pull request for the patched code, which has now been merged to develop.

I found a problem with the new hot algorithm and recommended a solution to fix it. My recommend fix has now been implemented in the develop branch.

I have also been working on some ideas related to curation. Particularly, I've been thinking about a design to allow those with excess voting power to sell their rshares in a market. Then curators would have the option to buy the best offers of rshares in the market using their own SD up to a specified price or amount at the same time that they vote on a post/comment in order to boost their voting influence beyond what their current SP and voting power gives them normally. This allows curators who strongly believe they have found a highly undervalued post to get a larger share of the curation rewards than they could with their SP alone by paying some SD out of their pocket. The price they pay is determined by the market: how badly excess rshares is in demand by curators versus how desperate SP holders are to sell off their excess rshares that they aren't putting to good use so that they can make some extra money. Because the excess rshares will disappear in a relatively short time period if it isn't put to use (either used by the SP holder to vote, or sold in this rshares/SD market), the market price for the excess rshares could potentially be quite affordable for curators since it is better for an SP holder to at least get something (even if it is not much) rather than nothing.

After some discussion with @complexring, I am also beginning to think through the design of a curation delegation feature. The rshares market discussed in the previous paragraph is good for curators who have some extra liquid capital that they are willing to spend to get a temporary boost in their voting influence and correspondingly larger curation rewards (but they don't want to spend their liquid capital to buy more SP, which while it would give the curator a boost in voting influence, it would be a longer-term boost at the cost of requiring significantly larger amounts of their liquid capital to be spent to buy the SP, which may not be worth it for the curator). However, there is also demand by some curators who want to have more voting influence and correspondingly get larger curation rewards but would rather pay for it not through their capital but with their time. In other words, if someone is willing to supply the capital (really the rshares made possible from the large SP holdings) then those curators will spend their time finding good posts and voting on the capital supplier's behalf with only the request that the curator gets some agreed upon cut of the curation rewards they generate. This is where a curation delegation feature could come in handy. An auction market is not good for this type of arrangement because this arrangement requires the capital provider to trust the curators they hire to some degree (and to oversee their curation to make sure they are doing a decent job) since the capital providers payment is contingent upon the curators they contract with doing a good job in curation. Instead the curation delegation feature should allow the capital provider to specify some limited number of curators (assuming the curators also agree) that are allowed to tap into capital provider's voting power, and for each curator, the capital provider would specify percentage of the curation rewards earned that goes to them as well as the rate limit on how quickly the curator can consume the voting power.

For now, I will only be working on both the rshares market and the curation delegate feature at the conceptual design stage and not spend too much of my time on it, unless Steemit core devs express a desire to actually see any of these features included into Steem.

witness-category
5년 전 by arhag67
$381.98
246 votes
댓글 남기기 30
Authors get paid when people like you upvote their post.If you enjoyed what you read here, create your account today and start earning FREE STEEM!
STEEMKR.COM IS SPONSORED BY

I am excited by your lines of thinking regarding opportunities to monetise excess SP, as someone who sees value and potential in Steem(it) and would like to invest some of bitcoin stash in it, but held back by the fact that I suck at content creation and curation. I would love to become a "silent partner" in the enterprise though, so these are steps in the right direction.

Hey, @arhag please share in what cryptocurrencies you invested?

P.S it's very interesting to know where smart people invest.

my suggestions for editing the post, two windows it's not very convenient but need... better to let in the first window when you insert a link to the image immediately appears a thumbnail sketch, and it is difficult to sort the order of photos constantly have to jump from window to window checking the preview

Very interesting. I will be watching for more of your posts.

Good stuff, @arhag. Of the 2 curation ideas you discussed, it seems the delegation feature would make the most sense for the greatest greatest number of users.

Thanks again I hope these fixes will help not only the mining community but the wider community which is what small minnows like me and many others want an even playing field, I spend some time trying to tell people that the devs are on the side of everyone and are listning to what is needed.

I think this could solve a lot of problems.

What I don't understand is why you believe the price should not be determined by a market? How else would you come up with an ideal price?

What I don't understand is why you believe the price should not be determined by a market?

You must have misunderstood. I do think the price should be determined by the market. Hence the reason for the rshares/SD auction market.

I'm really excited to see the potential curation delegation brings about and what you come up with. Right now at my point in understanding of the technology I can't even comprehend exactly how you're going to pull it off.

Much respect for you and the crew working on the fundamental systems powering this platform.

your post points some very important topics........
thanks :D

Is this not taking the motivation away to buy Steem Power? At least for many users? Would it be not better to increase the motivation to buy SP... cheap?
We could for example give a discount to good curators!!! Imagine there is something like a continues contest that allows to the top 10% curators to buy steempower with a huge discount !!! It could be something like the best 10% of curators take a 30% discount on SP, the 10%-20% best curators take a 20% discount and the best 20%-30% curators get a discount of 10% to Steem Power purchases.... What do you think? On the other hand, the concept is still cool even if it is much more expensive to buy the rshares than the reward would give. In this case, you might see people paying (expensively) to boost their own content, as they maybe believe their content will get extra attention afterwards. This then becomes an "official" channel to buy votes, kind of like advertising.

The whole idea is that whales would be selling their excess rshares because they don't have the time to find good undervalued content to upvote it. If the whale finds the time (and it's worth their time) to already do that to extent that they are running low on voting power, then yes it would likely be smarter to just keep all their rshares to themselves and use it vote. But a whale is a single individual with a limited amount of time and probably a lot more rshares generated each day relative to minnows or even dolphins (because of the huge SP balance) than they have time to spend wisely. So what will likely tend to happen is arrangements like what @smooth already has with the curators he has hired. He pays them money and they spend the time finding good content to upvote under his account (so he gets the curation rewards).

This rshares market effectively allows anyone to do that on the blockchain without having to form contracts with individual people (and with the added bonus that the votes are under the name of the person actually doing the voting), except instead of the curators getting paid money (e.g. SD) for putting in the work that earns the whale SP curation rewards (in which if the whale is doing it right, the curation reward value they receive in SP would be greater than the value spent paying the curators), it is the other way around: the curator puts in the work to find good undervalued content to upvote and pays the rshares seller SD so that they can get the opportunity to earn a lot more SP curation rewards than would normally be possible with the amount of SP they personally own (and if the curator is doing it right, the value of the SP curation reward earned would be more than the value of the SD spent for the rshares boost that made it possible and the opportunity cost of their time spent curating). Of course it is a risk for the curator, because their gamble might not pay off and the post for which they spent a lot of SD to get a powerful upvote on may end up being a dud in terms of final payout. But the market price of rshares should adjust to account for the risk curators take by spending their money on rshares for a boosted vote that may or may not provide more value in curation rewards at the end as well to account for the opportunity cost to rshares seller (or perhaps lack thereof for a whale with limited time to spend curating) of selling their rshares that may perhaps have been used for voting directly.

Very cool, I think this is a great idea as it allows a secondary market for attaining vote power. Hope this goes forward!

Yes, I thing something like that is just a nessesery.
I understand it's for 19 witnesses to decide about? Do you know who of them disagree and for what reasons ?

About linkback bot. Please upvote if you like the bot and want to support its development.

interesting concept... being able to buy the rshares. looking forward to more updates.

Thank you for keeping me up to date, @arhag. Upvoted & Followed you as well :)

@arhag can you Re-Steem my latest post? I'm trying to help all of the Steemit community learn how to be smart with their money, so they can legitimately become a millionaire in the next 5 years if they're smart :)
https://steemit.com/money/@parkermorris/become-a-millionaire-in-the-next-5-years-with-these-5-simple-steps

Wish you long life and prosperity my good friend. It is well with you @arhag! Did a post on helping out my mum get a new house. You might want to take a look at it here: https://steemit.com/steemit/@jimscope/usd500-000k-wow-what-i-wish-to-do-with-my-steemit-money-get-a-house-for-my-mum-by-the-end-of-next-month-upvote-if-you-support

A kind support from you is appreciated. Thanks!

Is it possible to mine for a witness? Since you don't vote much lately I would love to mine for some steem power delegation? 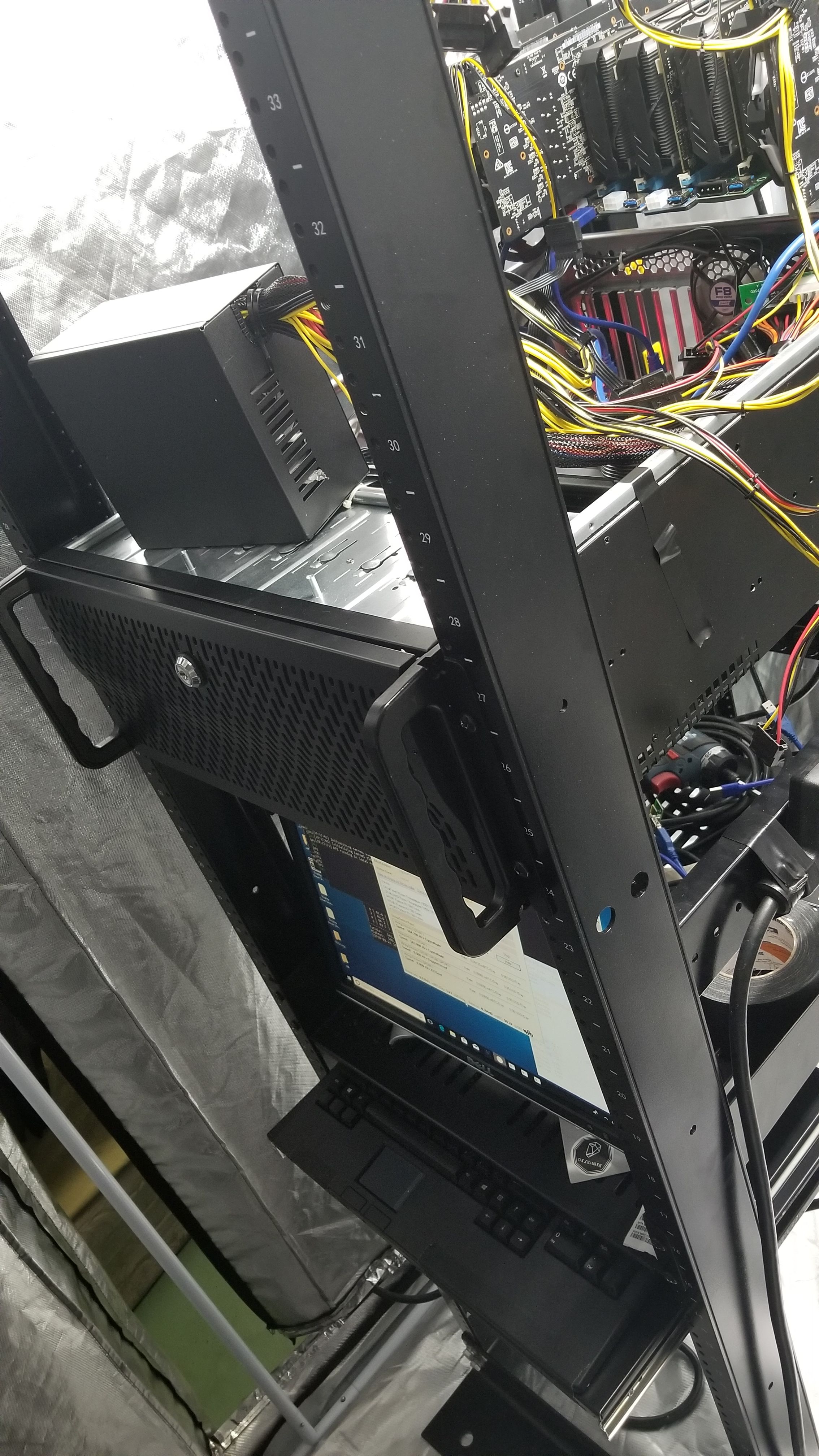