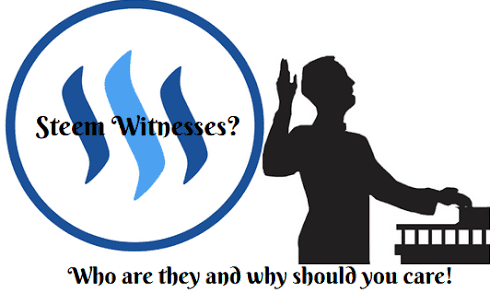 Blockchain system based systems
embraced by Steemit is unique. All user activity is stored properly inside the block. The decentralized nature of different social media mainstream who have the owner, all parties have the right to make Steemit still running properly.

In Steemit filled 3 important people in the survival of the Steemit program. Starting from Author curator, and Witness. For the term the first two are very familiar to Steemian.

The curator is the chosen person who is given the ability to curate any content.

All authors have the ability to curl any posts things from the vote that he gave depending on the amount of voting power possessed.
Yet there are some select curators assigned to this task. Then the curator can be curated his writing and others.

Then there is one more side that is less known to Steemian, they are a witness

Who are they and what are their jobs in Steemit?

Witness or witness is Steemian who has an important role in the network in Steemit, especially in publishing STEEM. Their role is like miner (miner) just like in Bitcoin.

Blockchain in STEEM requires the number of people willing to create blocks and use a consensus mechanism called DPOS (Delegated Proof of Stake).

The election mechanism is carried out by the Steemians as trustees who produce network blocks and systems of government agencies in Steemit. There are at least 20 Witness options capable of producing 1 block within 63 seconds.

Do they get paid compensation?

Yeah ... the witnesses get paid 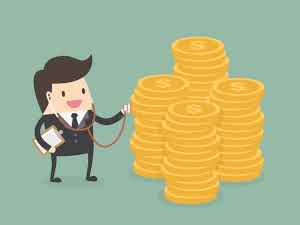 Witnesses are paid according to how high their witness ratings are. But that does not include the top 19 witnesses who get 1 block every 63 seconds.

Witnesses will get paid for Steem Power instead of STEEM or SBD. Later the number of blocks generated will be converted into Steem power on the wallet of the witnesss.

For wages received by witneess is 10%, I try to calculate so that can be known by the Steemian:

Within 24 hours, the Witness gets about 403, 5 - 2,023.9 ​​STEEM from being a witness. The fee depends on the rank and the resulting block. In total there were 19 witnesses with full time working.

That means getting about 21,23 - 106,4 Steem Power. A considerable amount for his duty as a witness with great responsibilities as well.

What is the primary task of A Witness? Each Witness is given a policy of watching and being a witness in producing STEEM every second. Every 3 seconds there are about 1 block born of the witnesses independently selected by Steemian.

The raw materials produced from each block are derived from the Steemian post on Steemit. The printed amount of each block is 0.187-0.937 STEEM.

The following is the main task that a witness must perform well:

Generate blocks
The witness has a big responsibility in producing each block. Starting from documenting every post, vote, transfer, and other activities.

The witnesses have a responsibility for crypto currency users to use STEEM / SBD. The increasingly crawling value of STEEM is evidence that it is starting to take the hearts of crypto market users. It is not possible in the future STEEM able to shift crypto currency popular today. Not only that, witnees is also entitled to decide whether the latest version can be activated directly on the seed node (computer network) that the witness run. The required level of agreement is 67% of at least 13 witnesses agreeing to the change.

In a school stands an honesty canteen and every student can shop there. But in every corner of the cafeteria installed CCTV that every theft action will be tracked and the perpetrator's face will be sent to all student phones.

Witness is like an optional student, say they are 3 people voting result of all students vote. They are in charge of taking income from the honesty canteen and then spending it.

If the result is satisfactory, they are likely to be elected again for next week whereas if there is a disappointment there will be a new candidate to replace the role.

The process of becoming a witness 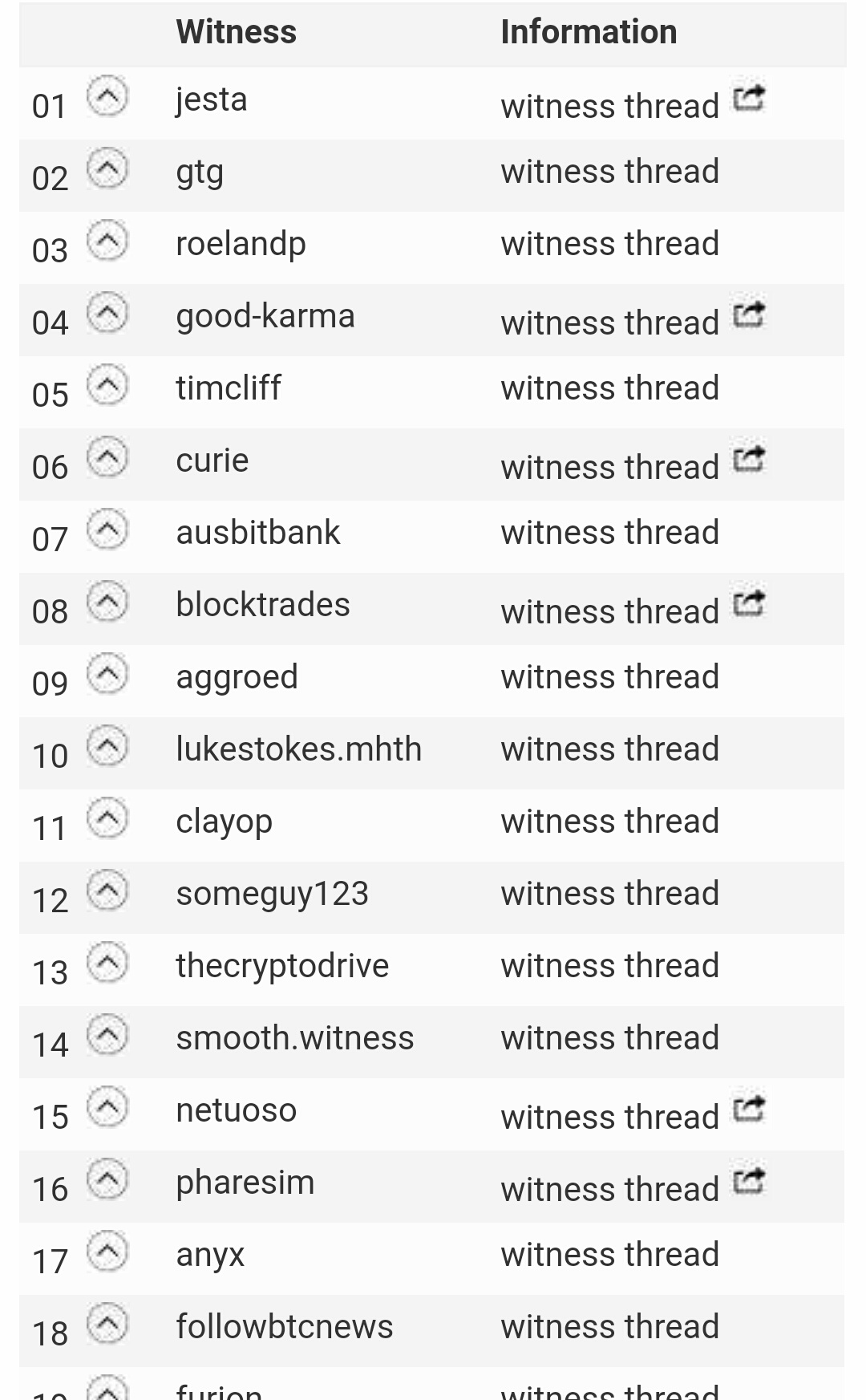 Being a witness is not an easy matter, not just a good reputation and a long experience while in Steemit. You can follow the selection process, for example by making Witness voting on your followers. Hope they recommend you to get into the list of witnesses.

There are only 50 witnesses on the page https://steemit.com/~witnesses But you can also sign up by inviting your followers.

How many can be chosen as a witness by the steemians?

The total is 30 selectable people who you consider quite worthy. Later most votes will get a recommendation as a witness for this day or week.

There are only 20 witnesses with the most votes eligible, while there are some people who are in reserve if the witness is absent.

Those are a number of veiled things from being a witness. From every great Steem Power charge there is a big responsibility too.

Hopefully useful and provide enlightenment to us all, please comment.

witness steemit steem jerrybanfield esteem
4년 전 by jallnexus2342
$1.80
32 votes
댓글 남기기 4
Authors get paid when people like you upvote their post.If you enjoyed what you read here, create your account today and start earning FREE STEEM!
STEEMKR.COM IS SPONSORED BY

I upvoted your contribution because to my mind your post is at least 15 SBD worth and should receive 83 votes. It's now up to the lovely Steemit community to make this come true.

wow . Thank you for your participation . keep working🤗🤗

Thanks to @jallnexus23
We have planted already 3239.53 trees
out of 1,000,000
Let's save and restore Abongphen Highland Forest
in Cameroonian village Kedjom-Keku!
Plant trees with @treeplanter and get paid for it!
My Steem Power = 18560.97
Thanks a lot!
@martin.mikes coordinator of @kedjom-keku

Thank you very much 🤗🤗