Thousands of years : The HIMALAYAS

Himalayas are great mountain system of Asia forming a barrier between the Plateau of Tibet to North and the alluvial plains of the Indian subcontinent to South. The Himalayas include the highest mountains range in the world, with more than 120 peaks rising to elevations of 23,000 feet (7,000 metres) or more above sea level. One of those peaks is the Mount Everest (Tibetan: Chomolungma ; Chinese : Qomolangma Feng ; Nepali : Sagarmatha), the world’s highest, with an elevation of 29,040 feet (8,855 metres) The mountains’ high peaks rise into the zone of perpetual snow. 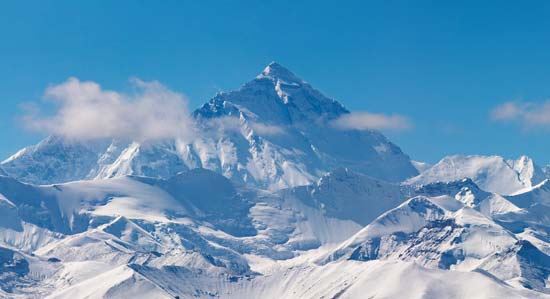 Around thousands of years the Himalayas have been held a profound significance for the people of South Asia, as their literature , mythologies , and religions reflect this thing. Since ancient times the vast glaciated heights have attracted the attention of the pilgrim - mountaineers of India, who coined the Sanskrit name : Himalaya—from himaa (“snow”) and aalaya (“abode”)—for that great mountain system. In a contemporary times the Himalayas have offered the greatest attraction and the greatest challenge to mountaineers throughout the world. The ranges which form the northern border of the Indian sub-continent and an almost im-passable barrier between it and the lands to the north , are part of a vast mountain belt that stretches halfway around the world from North Africa to the Pacific Ocean coast of South-east Asia. 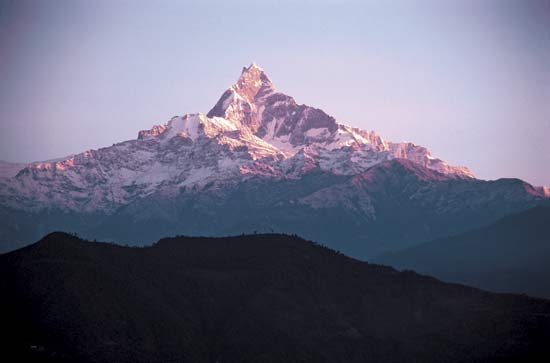 The characteristic features of the great Himalayas are mainly their soaring heights, steep-sided jagged peaks, valley and alpine glaciers often of stupendous size , topography deeply cut by erosion , seemingly unfathomable river gorges, complex geologic structure and series of elevation belts (or zones) that display different ecological associations of flora, fauna, and climate. Viewed from the south, the Himalayas appear as a gigantic crescent with main axis rising above the snow line where snowfields, alpine glaciers and avalanches all feed lower-valley glaciers that in turn constitute the sources of most of the Himalayan rivers. The greater part of the Himalayas however lies below the snow line. The mountain-building process that created the range is still active. As the bedrock is lifted, considerable stream erosion and gigantic landslides occur.

Please do not forget to vote this article. Will share more in future.

world photography himalaya nature beautiful
2년 전 by rahulgandhi000134
$0.02
7 votes
댓글 남기기 0
Authors get paid when people like you upvote their post.If you enjoyed what you read here, create your account today and start earning FREE STEEM!
STEEMKR.COM IS SPONSORED BY