In case you missed the previous episodes, you can read them here:

It's a beautiful morning here, and I'd like to wish you the same. If you've been reading my blog lately, you'd observe that it has been a while I posted about the true story of myself that happened to me in December, last year. 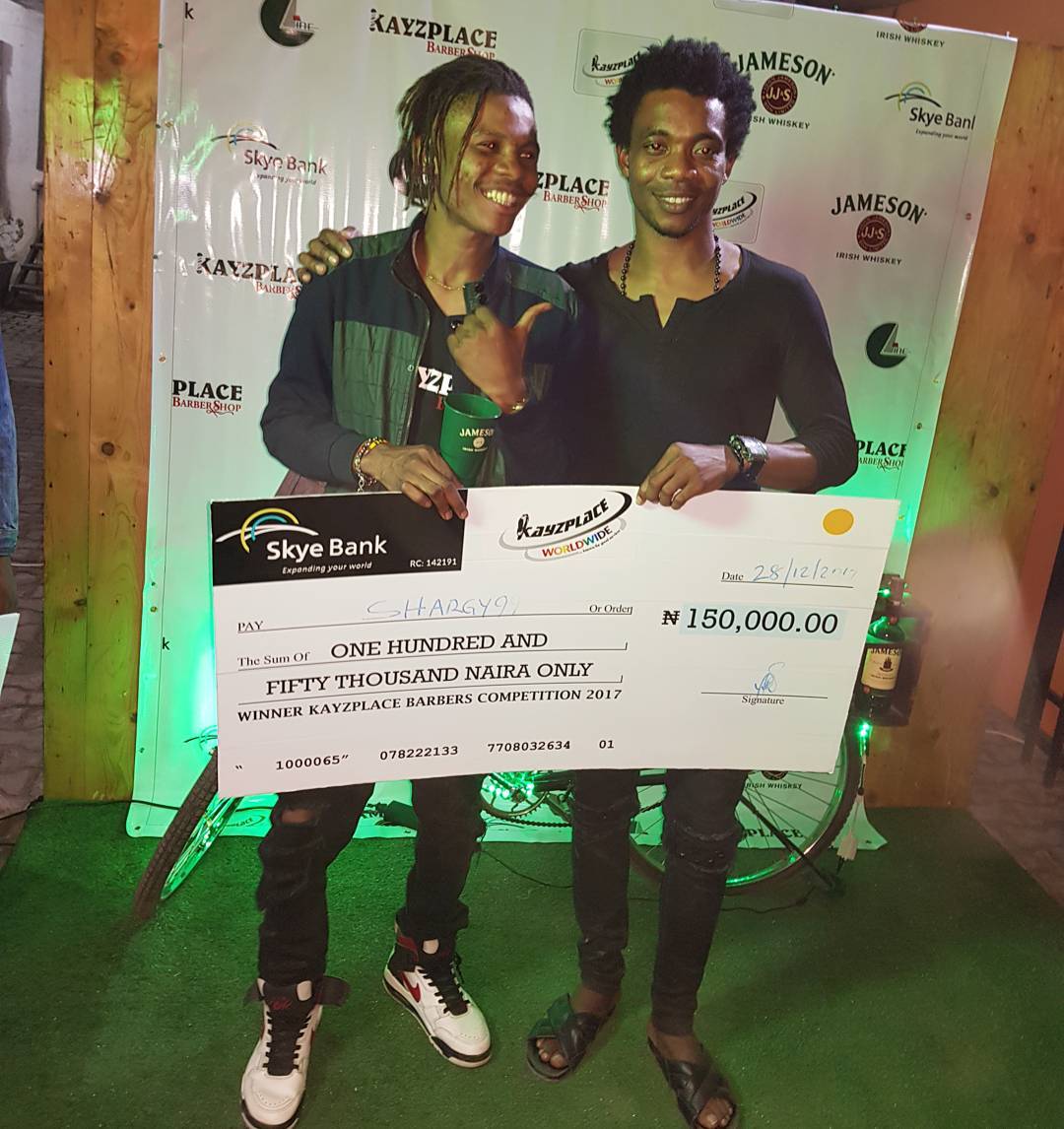 It was a very sad story to me, but too full of experience. I already shared the story with my friends on Facebook, and so many people learned a few things in it.

Meanwhile, you guys are entirely different people. That's why I felt like sharing it with you too.

Here's the last episode. Do let me know what you think in the comment section.

My problem was actually a model. No model to barb.

I had been having many obstacles that day, that I almost scored myself "zero". Starting from "don't draw anything on my head,not even a 'line'" to models fucking me up. I already believed I couldn't have a high point with all the challenges I encountered. But yet, I didn't want to give up. I still believed in myself.

When it was about a few minutes to start the final round where only 3 people would qualify for the prizes, when I was still looking in askance to find who to be my model, one guy behind me also had the same problem - no model to barb. Then another person from my left side too.

This was becoming interesting, I said. I wasn't the only one who had no model to barb. That was when the MC announced to the audience:

"who would like to cut his hair for free by these great barbers?"

Then, one guy from nowhere came to my sit. He was having a high cut fade. Before anything, I wanted the guy to know the number one rule - he mustn't discuss anything with me. I also wanted to ask if he would allow me draw designs (tattoos) on his head. He agreed to the two things. And then the MC asked if we were ready. All of us shouted 'yes'. Then, the moderator called the name of the style we would be cutting. That was "low-cut fade".

I entered another "one chance". My model was having a high-cut fade. I would need to low the high cut on his head before I can achieve the result of a "low-cut fade". And I knew it, 15 minutes would never even be enough to low the hair, let alone blending the fade. In his reaction too , the guy didn't also want to low his hair. Who knew if he had been keeping the hair for years (lol). The guy had to go.

Just few seconds to start, when everybody was already set, one nonsense "Agbero" boy (tout) just appeared in my front. He was like:

"Guy, barb me. Gimme better haircut" - in an irritating frog voice. From his voice, you'd know he had just finished smoking weed.

WaLlahi, I had no choice than to barb him. I was the only person remaining to get set. I was delaying the 5 other contestants who were ready to cut any hair cut-able.

"Guy, sit down", I said. I was already sad that I would be cutting a tout whose face looked like monkey. I doubted if the best style in this whole world would fit on his head with that kind of face he had.

We were called to action and we all started

I started by drawing my designs on the two sides of his head first. Then, I began to cut.

Oyinye was using the front seat while I was behind her. Anytime she moved around, her shadow would block the rays of light to my side. I would strain my eyes or turn the chair around just to make sure I did something reasonable.

I looked at my side, I saw shaggy fighting with his clipper with a screwdriver. That was his own fuck up. Meanwhile, he has not even cut the hair to the halfway. Frustration was written all over his face as he struggled to get the clipper fixed on time.

I won't lie to you. I didn't cut that guy with joy. But I remembered, I was already killing my dream to become the best barber. So, I tried to do my best with his hair... And viola! It looked dope, at least to some extent.

Since we started the cutting, I had not seen Oyinye fading any side. She was just focused on something she was drawing. I wondered what she could be drawing. The other guys were also drawing some things too. I couldn't see clearly. But thank God, I wasn't left out in the drawing. I drew two designs.

Few minutes later, the time was up and we were asked to drop everything. We lined up with our models by our sides. We were facing the audience who were already snapping us pictures and recording videos with their phones.

Its the judgement moment when we would know the winners. They only needed the first second and the third best barbers. The remaining 3 would get no prize.

Some audience started to murmur about what Oyinye drew on his model's head. Soon, the MC took over and began to talk about the aeroplane ✈ she drew on the guy's head.

I didn't know if the MC was actually making jest of her or was praising her, he talked about it for more than 3 minutes.

And so, the "Agbero" that I cut left my side to say something while pointing at Oyinye:

"This one Na aeroplane wey go take all of us go abroad ooh. Make ona give this girl ihn money. Na she win everything".

Was this guy mad? He didn't even praise me that cut him, he was praising another person. Even breaking the rule - our models mustn't say anything to any contestant, not even us their barbers.

Audience opinions first. Each model would turn around for the crowd to see and the cut on their head, and the MC would ask if his barber was the best barber. They would count how many people that raised hands, and how loud their noise was for the particular barber.

The number of people that raised hands for shaggy was about 30, accompanied by a loud noise. He got so many audience who came with him from home. Be like he was a popular barber around that area because he didn't even finish the hair he barbed. That was audience for him.

Hands that were raised for a guy called Quadri was 16 while Oyinye was almost million. I heard the MC saying she was supposed to be rewarded for the courage she took as the only girl among 32 men.

It reached my turn. How many people would raise hands for me? I was already feeling ashamed of the guy. He was too ugly, even with the nice cut I gave him. Then, I heard a murmur from an audience telling her friend that I tried for the hair I cut, just that the guy was not just looking good.

The MC asked, "how many of you believe Akinbola is the best barber tonight?" I looked around to see if anyone was raising hand up, then, the MC began to count. He could count 17. That gave me a false hope because after Shaggy and Oyinye, I had the highest number of hands raised up.

To round it up. The MC handed the microphone over to the founder of Kayzplace, Mr. Kay, to announce the names of the winners. He started by praising all of us who made it to the final stage and those that didn't. He said it took a great barber to have the courage to come to the competition. He added that we shouldn't think that people who wouldn't go home with a prize we're not good enough.

Then, he said he would firstly call the names of the winners for their automatic employment. He said he wanted to give 5 people out of 6 of us an automatic employment to their new salon in VGC. To be sincere, that would be a very great opportunity for me as I would meet celebrities, and probably people who could link me up.

Then, I heard "Akinbola Ilyas" first. Wow! Did that mean I was the winner of the contest? No, He had not concluded.

He said I tried a lot, but that's how God wanted it to be with me. He said I was the last person in the final round. The other 5 contestant got automatic employment. 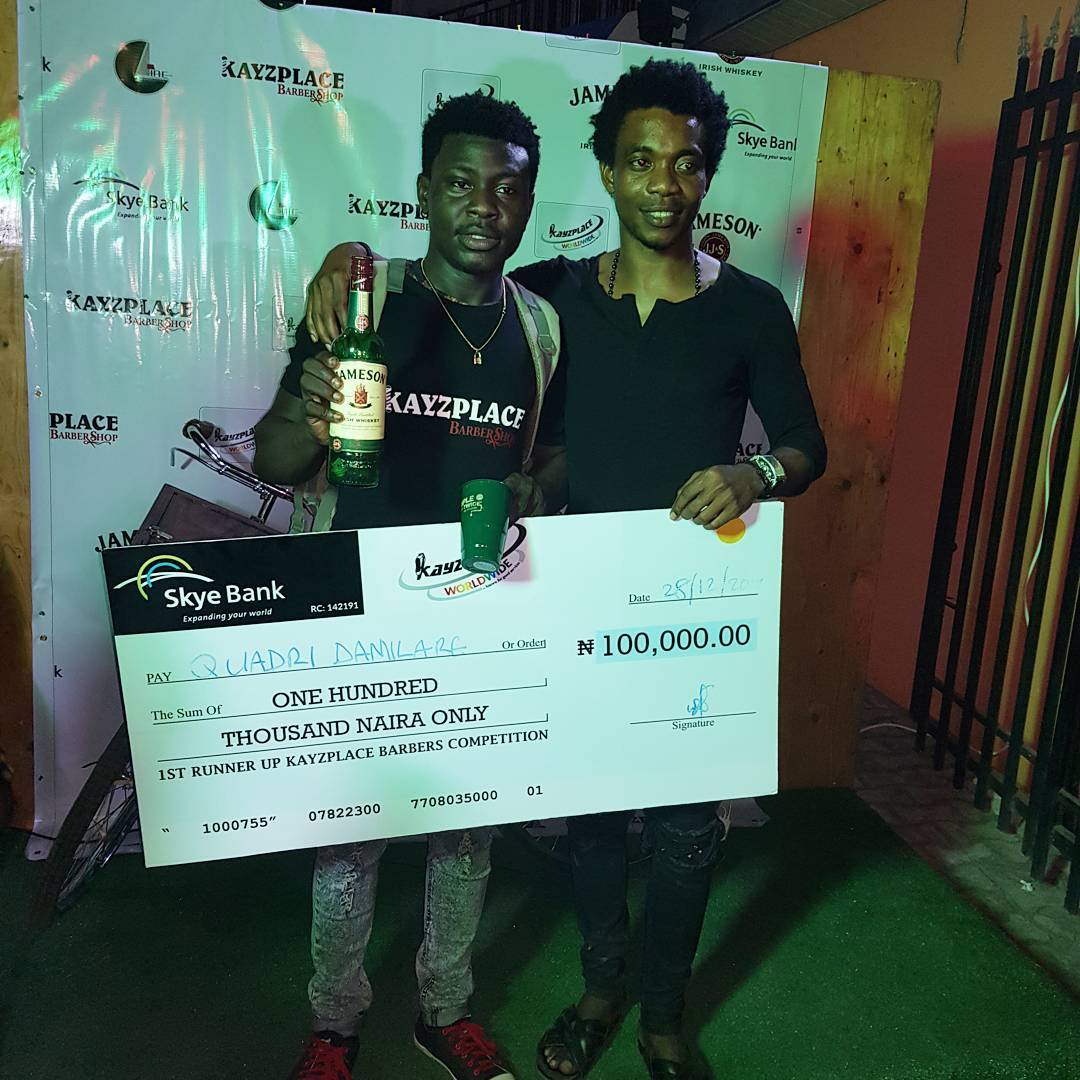 I felt like crying when I remembered it was actually my first time to enter a public barbers contest. Didn't I try to get the 6th position out of 32 contestants?

Instead of feeling bad, I saw it as success. I had always believed in myself, and at least I didn't falsely believe. I knew things that fucked me up. I made something out of nothing. I gave myself a good courage and went home.

Don't hesitate to share your thoughts with me in the comments. Thanks for reading, and have a lovely day.

writing motivation steemit stach nigeria
3년 전 by easymade39
$0.00
5 votes
댓글 남기기 0
Authors get paid when people like you upvote their post.If you enjoyed what you read here, create your account today and start earning FREE STEEM!
STEEMKR.COM IS SPONSORED BY