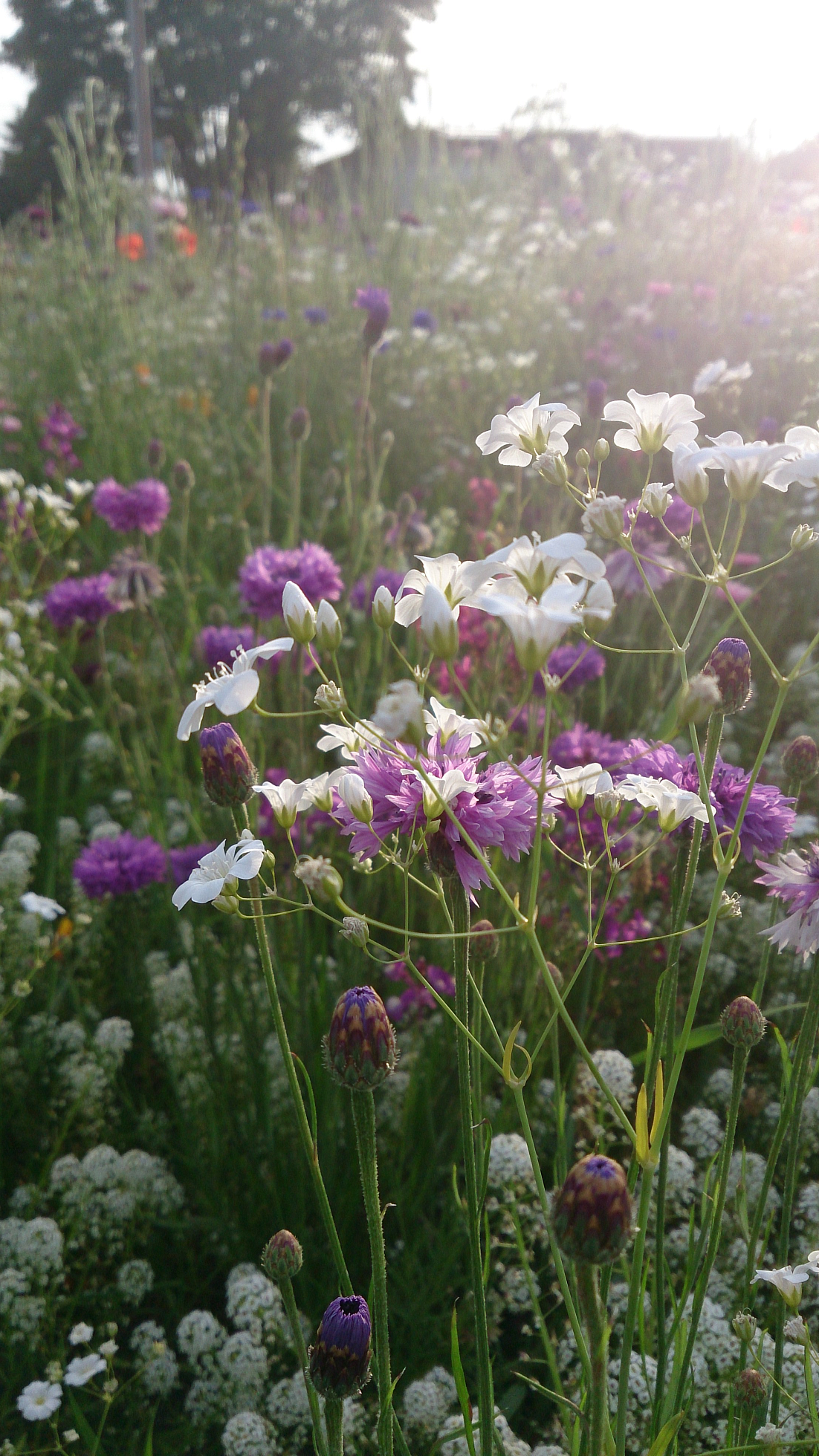 The nature of everything is to undergo change. Having access to a smartphone means being able to capture our experiences on camera whenever we like. When I look back at some of the photographs I've taken, most of them on a whim and without any particular thought to composition, I'm reminded of hundreds of fleeting feelings and memories. This story is not an especially precious memory to me, but it is one that holds an elusive kind of feeling, which I would like to try now to capture in words.

It was late afternoon on a hot summer's day, and the sun was getting low in the sky. I was heading to a friend's house by taking an unfamiliar route. I live in a huge, sprawling city, and there are far too many areas that I've never needed to pass through. For this reason, I sometimes go out of my way to take detours when I'm travelling by foot or by public transit. There are a lot of strange things that I have discovered in this way.

That day, I came across an undeveloped lot of land overgrown with all sorts of wildflowers. It wasn't beautiful in any conventional sense, as the flowers grew haphazardly all over the area, but it inspired in me a feeling of respect for the tenacity of life, and the splashes of bright colour amidst all the green certainly wasn't dull to look at.

Normally, these lots tend to be full of dandelions and horsetails, and I realized that what I was seeing was probably the result of someone spreading the soil earlier in the year with a variety of flower seeds. It wasn't as though the field was devoid of weeds though, so it clearly wasn't being maintained, or at least not on a regular schedule. I came to the conclusion that the area had likely been seeded with wildflowers without the permission of the original landowner.

I'm certain that something like this would be seen as a nuisance by some people, but I was personally thrilled. The sentiment behind such actions-- that someone (or perhaps multiple people) thought to try to make the community a little bit more vibrant --really touched my heart. There was a small dirt path winding through the lot, so I ventured inwards, compelled by a desire to experience whatever it was that had been intended for me to experience. Standing there, in the middle of that little patch of flowers, I noticed that the area was actually teeming with bees and other pollinators, all busily going about their work.

I wondered if the original purpose of this small field was to provide more flowers for bees in an urban environment. I've heard about similar grassroots initiatives frequently on social media, but merely reading about it online tends to distance the reader from the gravity of reality, and it was only in that moment that I understood just how great that distance was.

I felt, very intensely, that what I was seeing and experiencing was part of a greater narrative than just a possible attempt to help the bees. There was somehow a real and almost tangible connection, spanning from the moment the seeds were sown, to the growth of the first sprouts, the blooming of the first flowers, the bees which eagerly entered the scene, and finally, to myself.

From any other perspective, it would be easy to be dismissive; after all, it was nothing spectacular-- just an empty lot filled with flowers. I took a few photographs, but they, like the field, are not particularly stunning either. When I came across these photos in my album, however, the multitude of feelings I had at that time came flooding back to me, releasing the depth and meaning of the experience that were trapped within my memories.

Yet, these aren't the same emotions that I felt at the time, but a mimicry of them, like an imprint left behind in the sand. A memory is not a facsimile of an event. Every time I recall something, all I am really doing is tracing the edges of that imprint, trying to deduce what the original shape that left it was. Sometimes, I am entirely stumped. Sometimes, I add details and flourishes that weren't there before. I can never know for certain how close to the truth of the experience my memories actually are.

Years from now, if I happen to look back on these same photographs again, I wonder if I'll remember what I've written here today.

writing blog photography nature flowers
2년 전 by meliorish53
$146.63
97 votes
댓글 남기기 15
Authors get paid when people like you upvote their post.If you enjoyed what you read here, create your account today and start earning FREE STEEM!
STEEMKR.COM IS SPONSORED BY

You got a 0.20% upvote from @postpromoter courtesy of @jout!

Thank you for your kind words!

Those are gorgeous 😄 Reading it, you're probably right that someone might have thought of making the community vibrant with some seeds. It's helping those pollinators thrive as well. Taking the less travelled path, surprises surely awaits and that was exciting. If I remember it correctly those white ones are royal carpet. I have those plant here in purple and they're beautiful, doesn't need much attention they reseed as well so more flowers for the lot. 😄 If I am the land owner, I would most likely be happy seeing that my vacant lot came to life with the beautiful wildflowers helping the bees.

Oh, cool, I didn't know that was the name of the plant! Yeah, I would be happy too if it were my property, haha. Thanks for reading! 😊

Those are so beautiful, it makes me think of the rocky mountains.

Thank you! And what an astute observation! I actually live quite close to the Rockies, so that's probably why there are similar flowers growing here. 🌄

Your Most welcome:) And yes I bet thats why their so similar,

Congratulations! This post has been upvoted from the communal account, @minnowsupport, by sk from the Minnow Support Project. It's a witness project run by aggroed, ausbitbank, teamsteem, theprophet0, someguy123, neoxian, followbtcnews/crimsonclad, and netuoso. The goal is to help Steemit grow by supporting Minnows and creating a social network. Please find us in the Peace, Abundance, and Liberty Network (PALnet) Discord Channel. It's a completely public and open space to all members of the Steemit community who voluntarily choose to be there.

Congratulations @meliorish, this post is the sixth most rewarded post (based on pending payouts) in the last 12 hours written by a User account holder (accounts that hold between 0.1 and 1.0 Mega Vests). The total number of posts by User account holders during this period was 2450 and the total pending payments to posts in this category was $3306.29. To see the full list of highest paid posts across all accounts categories, click here.

i'm in love with flowres .. i just posted about it

Wow the words you jave written is so beautiful

Thanks for all of your upvotes for me! You have been a great inspiration! Continue the great posts! Beautiful!