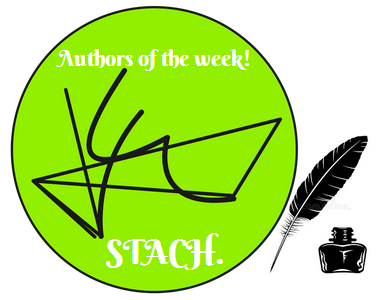 STACH is a Steem Hotspot in Port Harcourt Nigeria, West Africa.
The Hub was created to help young Nigerians have a place they can identify with in terms of exploring and also discovering their creative genes which has been buried given the conventional education provided by the State.
The Hub is bridging the gap between the people and the internet of things.
Today's post is to Highlight selected articles posted by @stach members for week ending 04/25/2018.

REMEDY TO STINKY MOUTH
@Samtexprints.- A girl came to me complaining that her boyfriend is not being romantic and doesn't even like coming close to her at all ''we barely see: we mostly talk on phone'' She exclaimed! Then, i asked her when this issue started. She said since the onset of their relationship.

STUTTERING
@Stach-uyo.- Stuttering which is also called stammering, and by a further or broader term, disfluent speech.is simply a communication disorder which brings about a broken flow of speech by repetitions, prolongations or an abnormal stoppage of syllables and sounds.

Never say what you don't mean
@Japfive.- Words themselves are simply tools. They carry no power inherently, but the messages and knowledge which can be conveyed using them are powerful

Enough is Enough :End Malaria
@Magdnrobinson.- Oh! Our children, our young ones, our elderly.
The enemy attacks slowly and sharply in the night, because we let our guards down.
Well hear me and hear me people, it's high time we stood our ground and defeat this enemy once and for all.

THE MINNOW SCHOOL | The world will only reward you for what they think you are worth
@Bait002.- In a highly competitive world, where there are 10,000 other guys who do just exactly what you do, there is need to constantly improve your skill set and update the quality of your value in the face of this world.

Ask! Ask! Ask!
@Susaan.- Entrepreneurs and business men need feedback to improve services and satisfy customers, teachers ask questions to know if a student really understands the class, smart investors ask questions before throwing in money into a project and the list goes on.

Live Your Dream
@Annieben.- Of course they have been celebrated for living their dreams; their lives brought about genuine and desirable changes that mankind craved, and greatly served as a catalyst for modern day growth and development of civilizations the world over.

The Empire Of Benin
@Egetex.- Benin had been a city of great importance since at least the beginning of the fifteenth century. It became the centre of great kingdom and later a large empire which stretched from lower Niger in the east, to the frontiers of modern Dahomey in the west...

EVANGELIZING STEEMIT TO MY NEIGHBORHOOD DUDE
@Desmonddesk.- MMM and other prophets (ponzi schemes) seem to have attracted multitude of believers who sacrificed their livelihood into the ministry only to leave them devastated. This had made many people sceptical of any movement that promises so much benefits. But STEEMIT is different, unique and legit!

I am Sorry
@Mareeyen.- "I AM SORRY", a short but mighty sentence! If you wish to live long, don't joke with this short sentence, "I am sorry". Do you know how many people who had gone to an early grave and many more that missed out...

THE DEATH OF MY COUNTRY
@Biggijay.- I prayed while watching attempts
made to resuscitate her.
Impatient leaders held out pens
Prodding me to sign the necessary papers

NIGERIANS AND THE ISSUE OF LAZINESS
@Ungest.- The president was specific in his statement. He said those who didn't go to school but still believe things could come their way freely, and I don't belong in that category of people because I've been to school and don't believe that things come free of charge.

JOIN US ON STACH DISCORD HERE

STACH is a physical Accelerator Hub dedicated to decentralizing the offline by breaking the barriers to accessing the internet like light, internet and conducive working space. 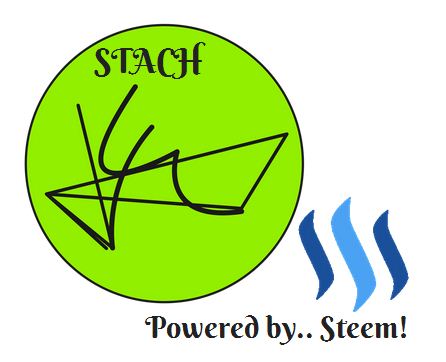 writing stach sndbox nigeria story
3년 전 by stach70
$51.67
113 votes
댓글 남기기 13
Authors get paid when people like you upvote their post.If you enjoyed what you read here, create your account today and start earning FREE STEEM!
STEEMKR.COM IS SPONSORED BY

Check out my post , talking about markdown guide , recomended for new steemians.....
https://steemit.com/mspsteem/@blackempror/steemit-markdown-basics-for-beginners..

Congrats to the respective winners

Forever stach member thank you for the love u been showing to the community. Keep it up

Congrats to the winners.

Congrats to the winners. Stach till death.

I hope i get to be an author of the week one day....congrats to the winners...

Wow! I didn't see this coming...
It makes me feel so sweet waking up to meet good news.

Thanks to the leadership of STACH and congratulations to other winners.

Kinda Steemit news. Thanks for posting all that here.

Waoo!!! Nice i love stach, please where in port harcourt???

Congratulations to the winners. Hope to be listed someday.