Are you FOR or AGAINST the PETRO? 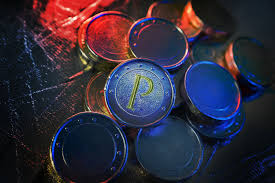 The Venezuelan "PETRO" has made an international splash with it's debut yesterday. It is reported across news outlets and social media that a whopping $735 million was collected ffrom the first day of presale.

Venezuelan president Nicolas Maduro has stated on a nationally-televised broadcast that the country has "taken a giant step into the 21st century."

Social media has been abuzz since Tuesday's initial sale of the forthcoming Venezuelan government-backed cryptocurrency, the petro, though reviews are so far mixed.

So far, Venezuelan president Nicolas Maduro has claimed that the country had collected a whopping $735 million during the first day of its presale for the new cryptocurrency. In spite of a lack of proof, the claim came amid a splashy, nationally-televised broadcast where Maduro himself declared that the country has "taken a giant step into the 21st century."

Venezuela's government first unveiled the petro back in December, the initiative sparked support and rejection to the idea.

All those for the new legal Venezuelan crypto have hashtagged, #AlFuturoConElPetro (which translates to "to the future with the petro"). One advocate tweeted, "The new economic era for Venezuela begins. The newborn criptomoneda called el petro has many challenges ahead, but its armoring will be the potential for the progressive regularization of the economy.

Those against the online currency , such as Marialbert Barrios, a National Assembly deputy has stated, "Who in their right mind buys a [cryptocurrency] from a government that does not pay the foreign debt, with an economy in hyperinflation?"

What are your thoughts?

zappl news bitcoin crypto steemit
3년 전 by cryptocoinscrew38
$0.00
6 votes
댓글 남기기 2
Authors get paid when people like you upvote their post.If you enjoyed what you read here, create your account today and start earning FREE STEEM!
STEEMKR.COM IS SPONSORED BY

I personally was looking to buy PETRO but decided to sit out until I see what happens. Both sides have great points and as of right now, I think the risk outweighs the rewards.

I am leaning towards being for pretro