Why only one same name at all places..? Once You are later years at Steemit Reputation (100), You shall be glad You chose and did it this way.

This is important, a summing up of You, in a short line, any Steemians looking at this line will have a glimpse of the type of individual You do in Life and at Steemit.

Write words about You that will soon connect to other Steemians. "Yes! This is the Guy I am looking for at Steemit." kind of Their expression.

For a long time until You are about Reputation (26) - Reputation (30) You need only 1 Steemian. Hold hand in hand, move shoulder to shoulder, do activities together, and later both shall swim as Whales at Steemit.

I add all Followers. But, some say there is a better way. You only add good Steemians. The others are good too, but better not add for Your own safety and well-being, example:

Meanwhile when You see a Steemian, sharing goodness so that You can be successful at Steemit, You can follow Her or Him. One first. Read Her or His blog at Steemit. However focus on that 1 Steemian who will be Reputation (100) with You later.

Write an Introductory Post. Add Your Real picture. Later tag introduceyourself
Before writing that see how others do it, what time Her or His post published, how much gain from UpVote, Comment, and Resteem. Learn.

Your next post, is a good post or a top quality content. Kaizen. Keep on with continuous improvements. Till You go to the top. Share tips with the 1 Steemian who will be Reputation (100) with You later.

Insert where You are: Country, and date of posting. This is important because later going back to Your own archive of posts You will only see for example... "2 months ago"
So do something like this:
SHAH ALAM: 21st of January 2018. Sunday. Post # 385

I think this is automatic: Joined in October 2018.
Someone suggest take a Selfie of You and that month and year, add a date and post.
I have not done that yet. Soon or later. It is a good tip.

From the first top line:

When Posting there are 3 boxes. Title, Body and Tag, also Insert images

After complete writing a post read 10 times to edit. Only then publish post. Try not to edit and change this and that of the post later. It will suck Your Bandwidth. Ditto for editing comments.

At Steemit You are not only a Blogger, You are equally a Wallet-Wise Steemian. More soon on this.

All the best to us. 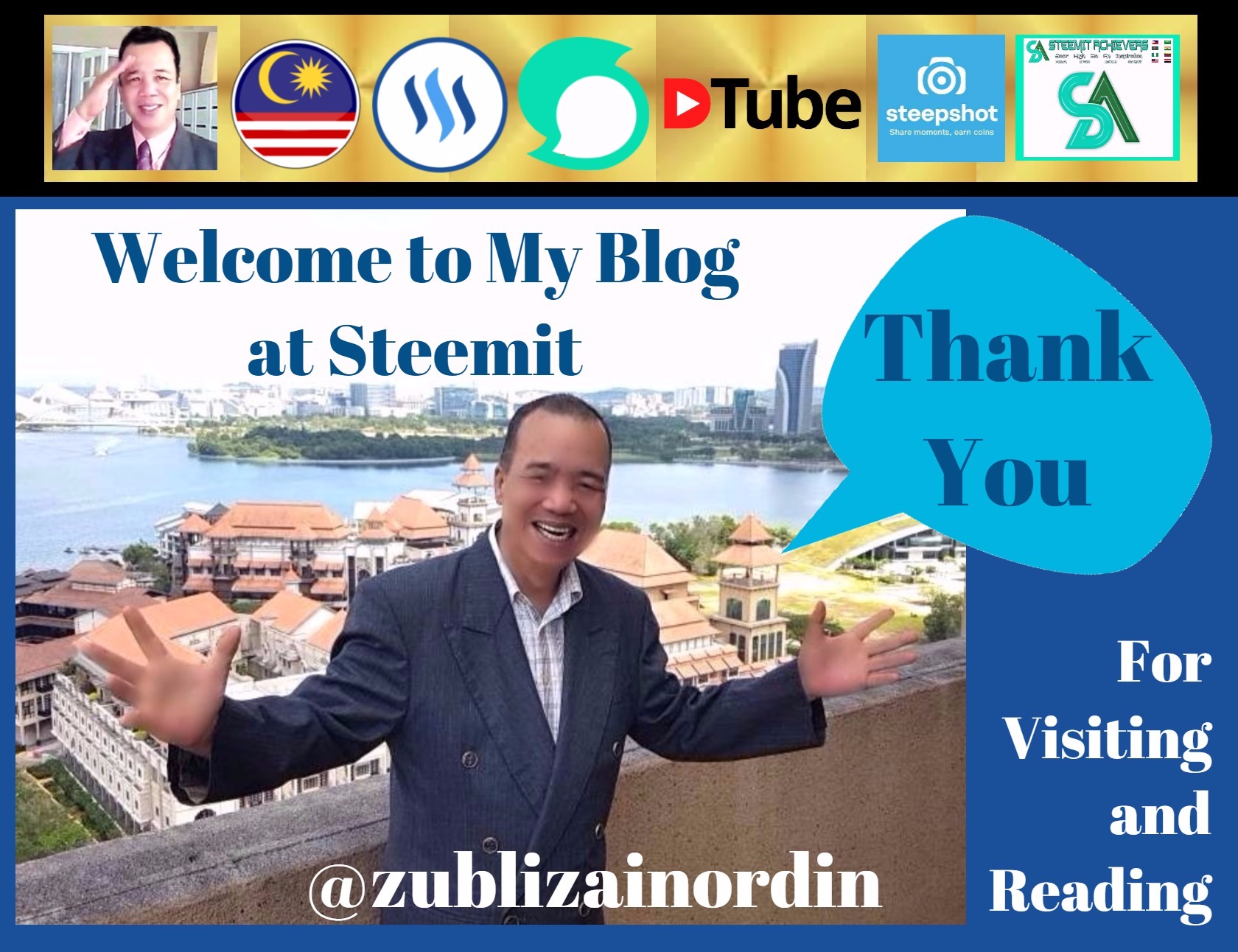 Listed among the Steemians who writes 4 posts a day never a day missed yet,

zublizainordin nkkb steemitsuperstarsteam reputation25 successtips
2년 전 by zublizainordin61
$6.00
17 votes
댓글 남기기 3
Authors get paid when people like you upvote their post.If you enjoyed what you read here, create your account today and start earning FREE STEEM!
STEEMKR.COM IS SPONSORED BY

@creativeidea says @zublizainordin # zublizainordin your todays article "What to Do When You are Steemian Reputation (25) at Steemit" is very helpful for new steemians who wan success in steemit rapidly. i hope next you post more tips . Thanks

thank you for sharing a very helpful tips for a new member like me @zublizainordin. can i resteem it? cause it's really useful for us new member. thank you and more power! :)